In Wagga Wagga on Saturday, July 15, I watched my friend Raph play in a game of Australian Rules Football, or Aussie Rules. 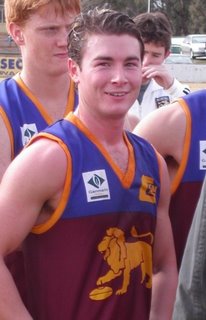 Though some detractors of the game have labelled it ‘aerial ping-pong’ and ‘cross country ballet,’ the game actually demands an incredible level of stamina and skill. 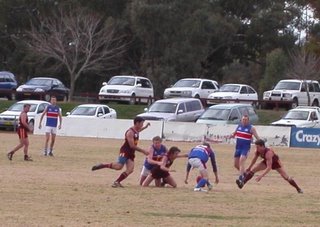 Currently, Raph plays in the Gamaine Lions’ second-grade team, though as a result of two recent “Best on Field” awards, he may soon be playing with the first-graders as they head towards the season’s grand final. 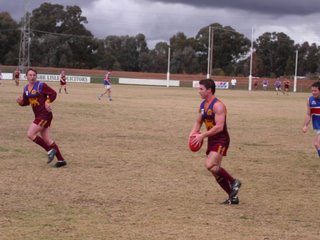 The Gamaine Seconds easily won their game on July 15, with Raph playing in his usual position of ‘ruck rover’. This would have to be one of the most demanding positions on the field for, as Raph notes, the ruck rover has to be focused at all times on the ball’s position and follow it wherever it goes on the field throughout the two-hour game. 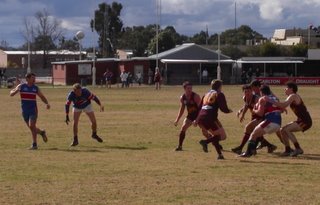 Raph’s certainly up to the challenge of such a demanding task. He’s one of the fittest people I know, and dedicated not only to his team and to maintaining his own high level of fitness, but to helping and encouraging others to be the best they can be physically.

From our time together in St. Paul, Minnesota in 2004, I know that Raph’s an extremely knowledgeable and patient teacher. It was great to hit the gym with him while in Wagga, and to be inspired once again to get back into and maintain a weight-lifting and exercise routine.