While in Goulburn last week, I joined a number of my former teaching colleagues for a meal at Sasso’s restaurant. It was a wonderful night. 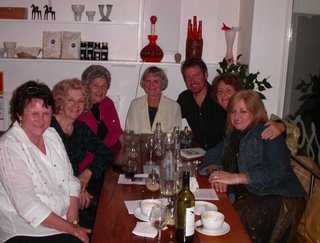 As I’ve mentioned in a number of previous posts, I taught at Sts. Peter and Paul Primary School in Goulburn from January 1988 to December 1993.

A few nights before the dinner at Sasso’s, Catholic historian and theologian, Paul Collins, spoke in Goulburn and shared his observation that “real leadership is not to be found among bishops and clergy” (many of whom have fallen prey to clericalism), but, more often than not, “in groups of principals and teachers dedicated to reflecting communal living, social justice, and a sense that life is more than ‘the mighty dollar’”.

My experiences within Catholicism tend to confirm this, and there certainly was something very special about my time at Sts. Peter and Paul’s.

The sense of community that was actively cultivated, the support and encouragement I experienced as a member of staff, and the many happy memories I have of the children I taught and the many interesting and creative activities we engaged in together, are all at the heart of my high regard of the school and all who have been and/or continue to be involved with it. 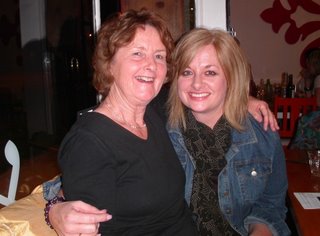 Above: Marion MacDonald and Louise Hobbs. 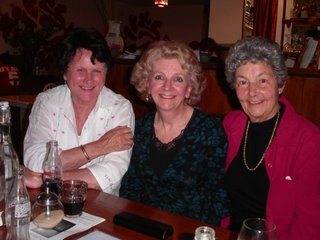 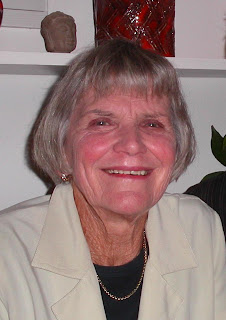 Above: During my six years at St. Peter and Paul’s, the wonderful Jacki Kruger served as assistant principal. She and the principal at that time, Mike McGowan, were both instrumental in providing me the guidance, support and freedom I needed so as to both trust and develop my creativity and effectiveness as a teacher. They, like so many of the staff, embodied dedication to the teaching/learning process and love for the children in their care.

Below: My last year at Sts. Peter and Paul’s was 1993. Following is the “5B” class photograph of 1993, along with the school’s staff photograph of that year. 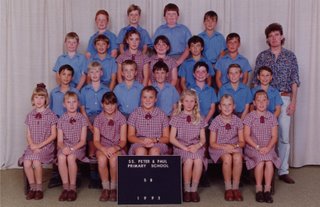 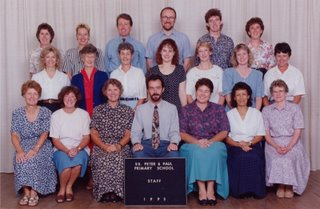 Postscript: November 2006: My friend and colleague Jacki Kruger was recently honored by Sts. Peter and Paul's school, as the following article from the Goulburn Post documents. 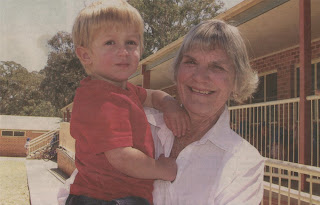 Jacki Kruger’s long association as a teacher at Ss Peter and Paul’s Primary School was honoured on Friday with a naming of one of three new classroom blocks after her.

For Mrs Kruger, whose teaching career at the school stretches back to the early 1970s, Ss Peter and Paul’s holds a special place in her heart.

“It just feels like home,” she said after Friday’s opening ceremony, as children flocked around to cuddle her.

“It’s lovely to be here. The school has just gone from strength to strength.”

Mrs Kruger still does relief teaching at the school, which dates back to 1954.

When she started, the school was known as Our Lady of Sorrows and was just a small timber building holding three classrooms for some 60 or 70 students. On Sundays, partitions were folded back and the building converted to a church for weekly Mass.

Gavin Rowley builders completed the $743,000 project in a record 16 weeks, to a design by local architect Garry Dutaillis.

In his address to a large gathering of students, parents and teachers, Peter Clarke, planning and facilities manager with the Catholic Education Office said he could talk about the new buildings, but he preferred to focus on something else.

With so much emphasis on global warming and the need for conservation, only one school in the diocese was doing its utmost to save water.

Through waterless urinals, an underground water harvesting system, and other measures reduced average daily water use from 2440 litres a day to just 660 litres.

“Your concern for the environment and pursuit of conservation reflects a commitment to Goulburn and the broader community, and for that you should be thanked,” Mr Clark said.

Picture: Jacki with grandson Sol outside the new classroom block named in her honor.