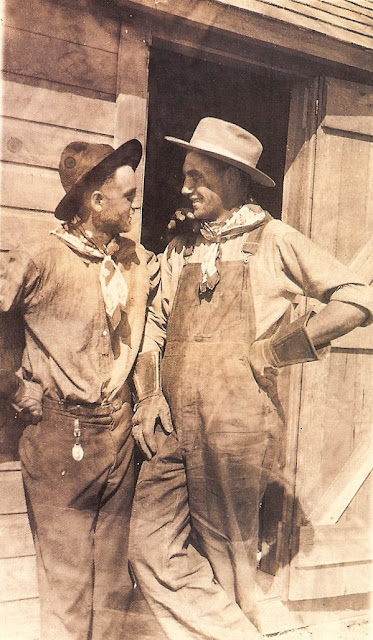 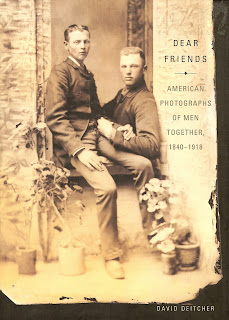 The Wild Reed’s 2013 Queer Appreciation series concludes with an excerpt from Dear Friends: American Photographs of Men Together, 1840-1918 by art historian and writer David Deitcher.

Deitcher's beautiful book combines historical research, social observation, pictorial analysis, and personal reflection to explore the nature of same-sex affection between men in the United States during and just after the Victorian era. From his perspective as a gay man, Deitcher also explores the meaning of these ambiguous photographs for people today.

Reproducing over 100 never-before-published vintage photographs, Dear Friends has been credited as the first book to demonstrate how common it was for nineteenth-century American men to commemorate intimate friendships with a visit to the local photographer. The results, as you'll see and read, thanks to the research and insightful reflections of David Deitcher, are something very special indeed. 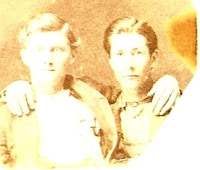 Look at this picture. What do you see? A photographic shard, a sliver of paper, measuring little more than one inch square in warm shades of gray and brown. Its lower right-hand corner is missing – broken off perhaps owing to the brittleness of such old paper – and its surface is further disfigured by a burn mark. Registered in the emulsion of this tiny silver chloride (or gelatin silver) print is a medium close-up of a pair of handsome young men. Evidently they went to the trouble of combing their hair for the photographer, but they are otherwise dressed casually in simple jackets worn over shirts with neither collars nor ties, in a style that suggests American working men of the 1890s. The fellow on the left is radiantly fair, with clear, soft eyes. His darker friend has piercing eyes and a level gaze that suggests confidence and poise. But it is the intimacy with which these men posed so long ago, and the survival of this fragile object against the odds, that makes this photograph an object of wonder to me. Each man rests a hand affectionately on the shoulder of the other; or, more precisely, at the point where the shoulder meets the bare skin of the neck. Such a comfortable display of mutual affection between men in the presence of a commercial photographer would be rare indeed in our supposedly more liberal time. 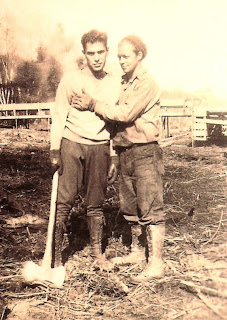 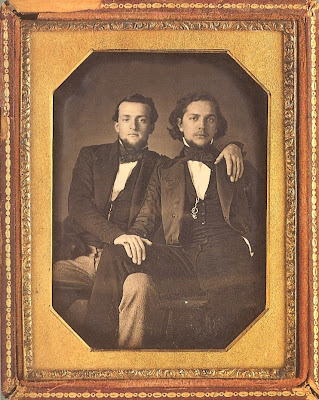 Being drawn in this way to enigmatic artifacts from the past provides evidence of longing: longing for the self-validation that results from having a history to refer to; longing for a comforting sense of connection to others – past as well as present – whose experience mirrors one's own. Insomuch as photographs like [these] lack supporting documentation, they are powerless to communicate anything more than the following: This is how these men looked on that day when they sat for the photographer. Anonymity, and the uncertainty it perpetuates, facilitate a kind of pleasure that would be more difficult to sustain under the potentially harsh, and always more limiting, details of a more concrete historical intelligence. Research into the gay history of nineteenth-century London prompted one writer to ask: "Do we view it with dismay, since it is a record of sorrow, of powerlessness, a record of lives wrecked? Or is it possible to read even in these texts, written as they were by journalists, policemen and court clerks, with delight, as precious traces of dangerous, pleasurable, complicated gay lives?" 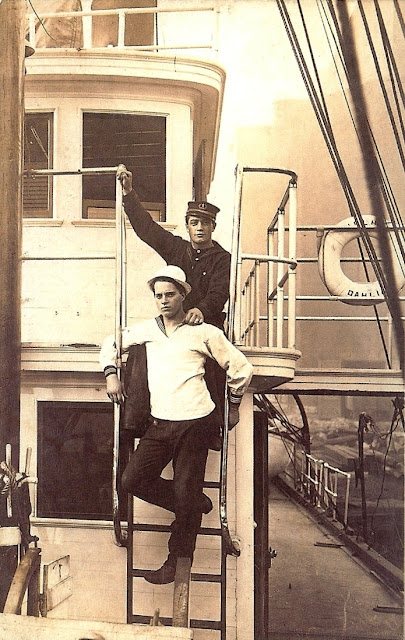 . . . Having seen more than a few old photographs in which nineteenth-century American men posed together with noteworthy affection, I had reason to believe that this was not an unusual practice. I began to conduct research into the history of American friendship, masculinity, and sexuality to familiarize myself with the social factors that made such photographs possible. I soon learned that the introduction of photography to the United States in 1840 coincided with what we now understand was a surprisingly broad-minded attitude toward same-sex intimacy. American men and women were in many ways encouraged to establish intense, even passionate, bonds of friendship with members of their own sex. Middle-class women, for example, formed a distinct world of love and ritual, one that was parallel to, but separate from, the relations they maintained with men. Frequently fostered in all-girl academies, these ties could be romantic, sometimes in ways that we would identify as sexual, but that Victorians, in their state of pre-Freudian "innocence," would not. Intimate bonds between men likewise flourished in all-male havens of middle-class privilege such as the university, as well as in more socioeconomically mixed or largely working-class milieus such as the military, the merchant marine, fraternal organization, the expanding national frontiers, and in cities to which young men raised in rural and small-town settings migrated in search of employment. The American "cult of friendship" also prompted a wide range of literary expressions, extending from private diaries and correspondence to Emerson's and Thoreau's scholastic meditations; from Melville's alternately voluptuous and agitated same-sex fictional scenarios to Walt Whitman's tireless advocacy of "comradely love," whether in impassioned poems or more sober prose in which he prescribed "manly love" as a tonic alternative to vulgar materialism and competitiveness that dominated so much of American life.

Given this background, I found it tempting to regard old photographs of affectionate men as a reflection of more fluid romantic relations. At first, I saw no reason why I should not regard them as evidence of the kind of history that I . . . wanted to find. The truth, however, has proven to be a great deal more complex than that. . . . 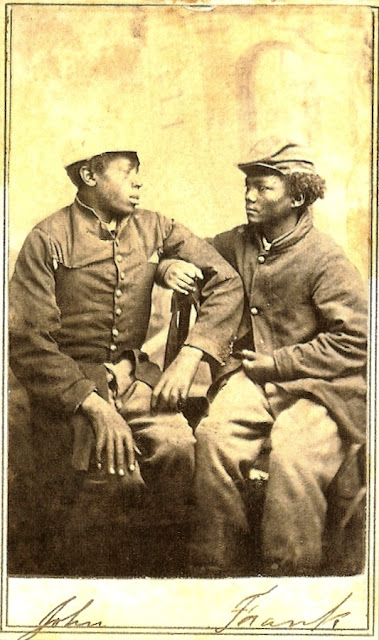 For The Wild Reed's 2012 Queer Appreciation series, see:
• The Theology of Gay Pride
• Bi God, Somebody Listen
• North America: Perhaps Once the "Queerest Continent on the Planet"
• Gay Men and Modern Dance
• A Spirit of Defiance
• A Catholic Presence at Gay Pride – 2012
• Worldwide Gay Pride – 2012

For The Wild Reed’s 2010 Gay Pride series, see:
• Standing Strong
• Growing Strong
• Jesus and Homosexuality
• It Is Not Good To Be Alone
• The Bisexual: “Living Consciously and Consistently in the Place Where the Twain Meet”
• Spirituality and the Gay Experience
• Recovering the Queer Artistic Heritage
• A Catholic Presence at Gay Pride – 2010
• Worldwide Gay Pride – 2010

For The Wild Reed's 2009 Gay Pride series, see:
• A Mother’s Request to President Obama: Full Equality for My Gay Son
• Marriage Equality in Massachusetts: Five Years On
• It Shouldn’t Matter. Except It Does
• Gay Pride as a Christian Event
• Not Just Another Political Special Interest Group
• Can You Hear Me, Yet, My Friend?
• A Catholic Presence at Gay Pride – 2009
• Worldwide Gay Pride – 2009