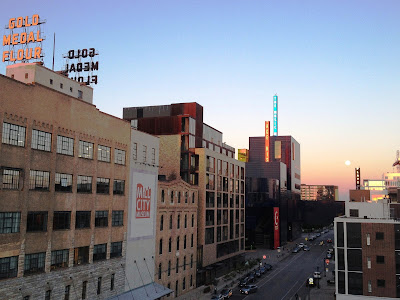 Last Thursday I began condo- and cat-sitting again for my friends Mark and Carmen in the Mill City district of Minneapolis. You may recall I was here for almost a week in late June and early July. (For photos and commentary, click here.) This time I'll be in Mill City for about a week-and-a-half. 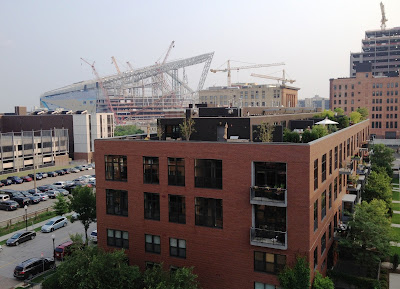 Above: The building in which I'm condo- and cat-sitting.
Rising in the distance is the new Minnesota Vikings stadium. 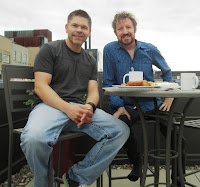 Yesterday morning my friend Pete came by for breakfast - which we enjoyed on the rooftop patio (right). Behind Pete can be seen part of the Guthrie Theater which, along with the Mill City Museum, is pictured in the opening image.

Later that afternoon the weather was grey and rainy, but it didn't stop me from walking down to the river and taking the following photos. 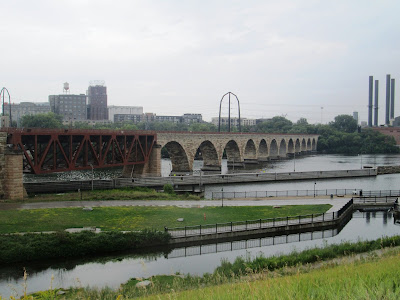 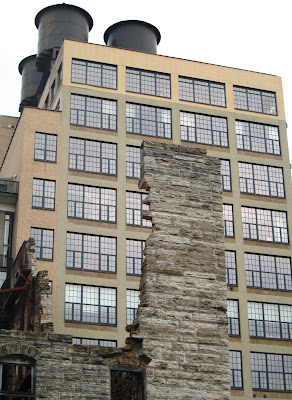 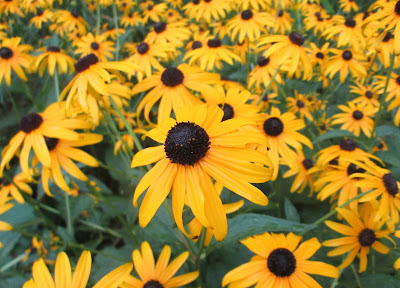 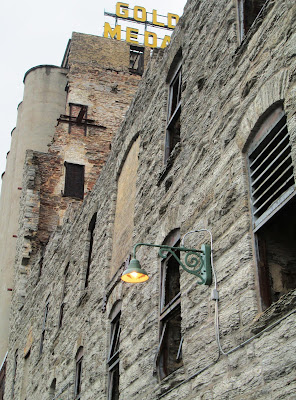 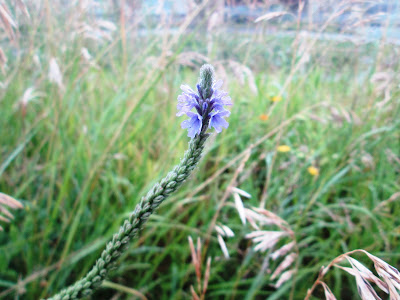 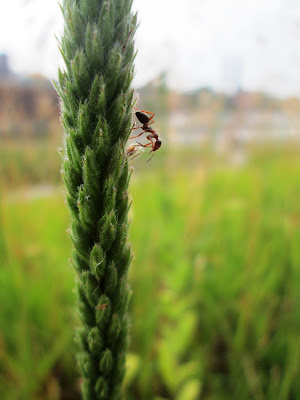 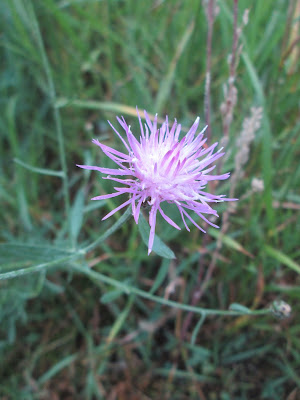 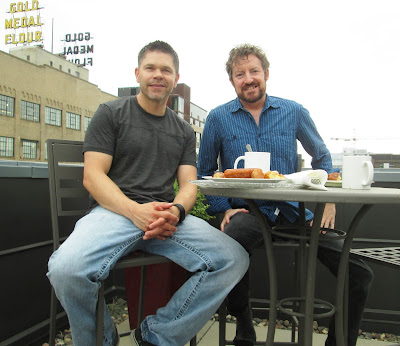 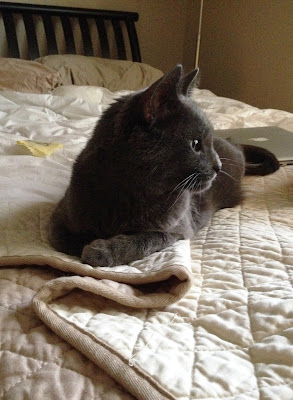 Rhett (above) and Libby (below), the two beautiful cats I'm looking after. 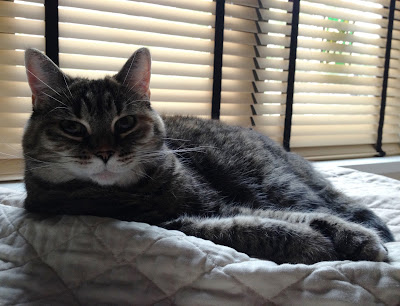 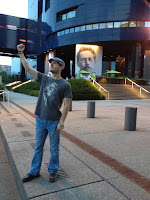 On Saturday evening, August 8, which was my last night at the condo, my good friend Phil came over from St. Paul for a night out in Mill City! After a pleasant stroll down by the river and a photo-op in front of the Guthrie Theater (right) we enjoyed on the condo's rooftop patio a take-out meal from the nearby Kindee Thai restaurant. 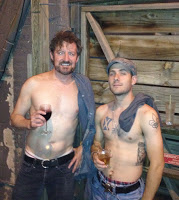 After dinner we headed over to The Eagle, a gay leather bar just around the corner from the condo.

At the bar's entrance, I was informed by the bouncer that the dress code doesn't allow for collared shirts on Saturday nights. So off mine had to come for me to get in. Phil, the good friend that he is, removed his t-shirt in solidarity! Once in and out on the patio, we put our shirts back on. 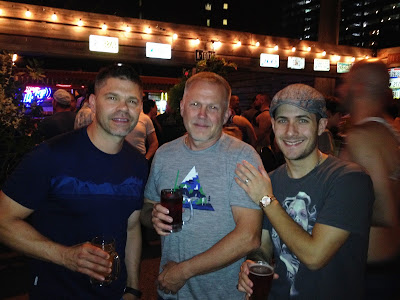 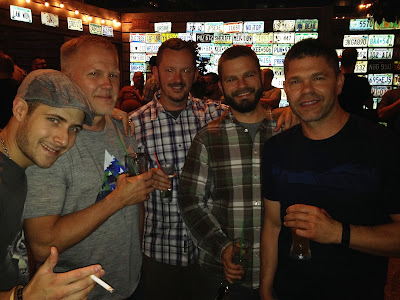 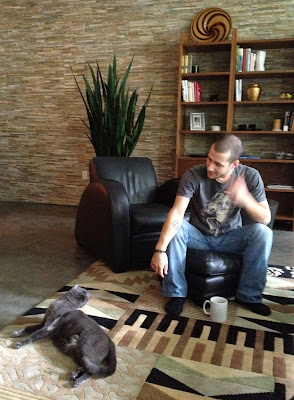