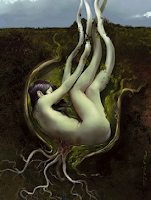 Following is a second perspective on the concept of natural law from the compilation of perspectives that CPCSM leadership recently sent to Archbishop John Nienstedt and the priests of the Archdiocese of St. Paul and Minneapolis. (For why we shared these perspectives, click here.)

This particular perspective is from feminist theologian Judith Web Kay and was first published in the Dictionary of Feminist Theologies (1997).

As a method of ethics, natural law can be used metaethically to provide a base for moral discernment or normatively to prescribe duties. As a political theory it can be used either to challenge or to justify oppression. These variable functions of natural law depend on operative discourses about human nature and law.

Thomas Aquinas understood humans to be inherently social, embodied, dynamic, intelligent, and attracted to their true good. Law referred to dynamic movement toward an end. In his hands natural law provided metaethical judgments about the goods necessary for human flourishing. It could be used to condemn social arrangements that failed to promote human well-being. In contrast, physicalist versions of natural law equate nature with biology and understand law as obligation. It then proscribes actions deemed unnatural and legitimizes the status quo.

Feminist theologians (and others) have sought to redefine nature in ways that do not dichotomize biology and reason from history and that avoid reifying historical particularities into ontological truths. . . . While engaged in struggles to free themselves and others from external and internal bondage, they have generated hypotheses about what harms humans and what is necessary for their well-being. These working hypotheses are tested in praxis by how well they explain the oppressed’s collusion with and resistance to oppression, avoid regarding people as inherent victims or oppressors, help people distinguish internalized oppression from more human ways of being, expose false universalizing and denial of difference, and promote universal solidarity. By using these hypotheses to inform their praxis, many are discovering if in fact they provide an adequate account of what is good for humans.

"reifying historical particularities into ontological truths"
Wow, Judith Web Kay hit the nail on the head with this phrase. Because people in a particular culture do things a certain way, they start to call it "human nature." But then maybe human nature is evolving through cultural adaptation. Maybe the density of the human population on earth is forcing us to become a more socially conscious species than we were before. What do you think? Paula

I brought up the question of whether the density of the human population on earth is forcing us to become a more socially/morally conscious species at a philosophy group I belong to and all members thought the increasing density of the population is causing us to revert to getting rid of the weak ones. That brought me down a peg or two.

Fundamental reality is not only contextual. Ever skin your knee? What's contextual about why things fall? Gravity is not a "reif[ication of] historical particularities into ontological truths" is it?

It is profoundly disturbing to encounter the promotion of the Church's Natural Law Theory, which is the principal source of homophobia, anti-family planning, patriarchism, and other ills the Wild Reed has previously railed against.

Natural Law, first and foremost, is not synonymous with Laws of Nature. It is a concept of the 13th century Dominican friar Thomas Aquinas. Natural Law, secondly, is a concept borrowed from Stoicism for Catholic Moral Teaching, first introduced by Augustine of Hippo. Natural Law, third and most importantly, is the philosophical confusion of Thomas Aquinas conflating Aristotle's erroneous biology and its four be-causes with Aristotle's ethics, and instrumental decisions.

Whether Aquinas deliberately conflated the two distinctions that Aristotle severed in order to impose biblical morality, he certainly came to the same conclusion that a male's penis has one and only one find destination and function, and it ain't with another man. Thus the Natural Law conforms to Romans 1 edict that homophiles and homophilia are worthy of death.

And yet here you are, supporting this archaic, obscene, immoral, and absurd theory? Yet, you promote this dangerous and injurious theory on what basis that speaks to your causes? That it violates reason? Yet, while it is fallacious, as shown by David Hume and G. E. Moore, you find it commendable? That its dictates injure and harm homophiles, justifies gay-bashing and discrimination, to keep the community from contamination and pollution by impure homophiles, is your raison d'etre?

Regarding claims about the fundamental reality of natural law, one of the the most interesting and thought-provoking discourses I ever read came from an old science fiction story, by Malcom Jameson entitled "Hobo God".

It's a parable in which a hobo and an eminent scientist, the former an undesirable reprobate and the latter convicted of some capitol crime, are exiled to a primitive planet. The highest life form on this planet is a newly-sentient ape-like species, whose development had not progressed beyond the hunter-gatherer stage.

In a short time, the scientist is killed by the indigenous creatures -- a victim of his own ego and hubris. The hobo, having mastered a few simple survival skills, passes them on to the the creatures in the form of five simple rules (half as many as the decalogue), which beome the founding principles of a great civilization:

Over time, the hobo becomes an honored and revered partriarch. On his death bed he leaves his grieving disciples with one final maxim:

Obviously, in this story, the most important mandate is survival of the tribe, without which the individual perishes. Everything else is secondary.