Sufism: A Call to Awaken 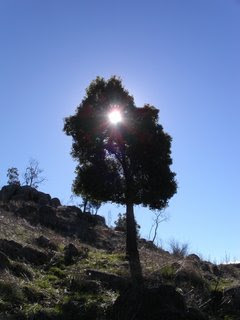 The grandson of Sufi master Hazrat Inayat Khan, founder of The Sufi Order in the West in 1914, Fazal Inayat-Khan (1942-1990) was a psychotherapist and poet who led the International Sufi Movement from 1968 to 1982. Because he sought to incorporate the insights of modern psychology and dissociate from the traditional religious approaches of the past, Fazal's approach to Sufism was labeled “revolutionary and contemporary.” For Fazal, “sex, the family, children, education, the question of worship and devotion all take on new nuances and meanings when focused through the lens of mystical realism.” Accordingly, Old Thinking, New Thinking is described by its publishers, Harper and Row, as follows:

Old thinking explains, new thinking demonstrates. Old thinking puzzles things out, new thinking flashes with intuition. Old thinking is the tortoise, new thinking the hare. Rather than reject one for the other, the truly happy person dances between them. This is the message of Fazal Inayat-Khan’s piercing look at contemporary life through the Sufi prism. . . . Far from being buried in the scriptures and teachings of another culture, the creative Sufism explored in Old Thinking, New Thinking is a living, viable path for today. No magical formulas, fantastic techniques, or tricks will be found in these pages. But for those interested in becoming newly alive and who have the courage to travel deep within, this book reveals a way of seeing life that can sweep one toward final liberation from the world of illusion.

It should be emphasized that Fazal Inayat-Khan wrote his book in 1973. Accordingly, its language is non-inclusive, even as the book’s overall message is all about inclusion. Also, the book's chapters that deal with the unique challenges faced by the male and female genders contain, to my mind, a number of stereotypes that would puzzle and offend many people today. The excerpts I share this evening from Old Thinking, New Thinking are not drawn from those parts of the book. Rather, they explore the overall, the universal message of Sufism.

See also the previous Wild Reed posts:
The Sufi Way
A Living, Twenty-First Century Tradition
Clarity, Hope and Courage
As the Last Walls Dissolve . . . Everything is Possible
The Winged Heart
Bismillah
It Happens All the Time in Heaven
A Dance of Divine Light
Never Say It is Not God
Rumi and Shams: A Love of Another Kind
In the Garden of Spirituality – Doris Lessing
Keeping the Spark Alive: Conversing with “Modern Mystic” Chuck Lofy

Thank you for highlighting the deep spirituality of the Sufi tradition, which I also value. I know you’ve written before about the same-sex love between Sufi mystic Rumi and his mentor Shams. You and others might enjoy reading my report/reflection about them at the Jesus in Love Blog:

Thank you, Kittredge, for alerting me and my readers to your well-written and insightful post at Jesus in Love. I did indeed enjoy reading it, as I do all the beautiful and thoughtful things you share on your blog.

Thank you so much for the link and the correction re. Fazal's relationship to Hazrat Inayat Khan.