In the Garden of Spirituality – Hazrat Inayat Khan 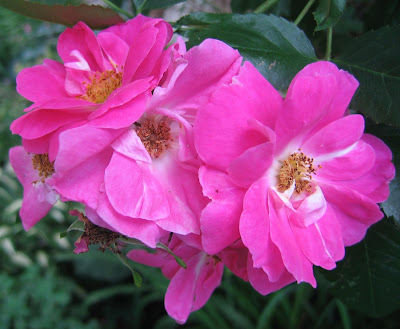 The Wild Reed’s series of reflections on religion and spirituality continues with an excerpt from Sufi teacher Hazrat Inayat Khan's essay, "The Object of the Journey." It's one of several of his writings that can be found in the 1997 book, The Inner Life. 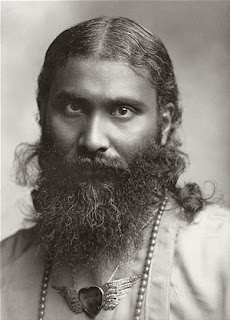 The first and principal thing in the inner life is to establish a relationship with God, making God the object which we relate to, such as the Creator, Sustainer, Forgiver, Judge, Friend, Father, Mother and Beloved. In every relation we must place God before us, and become conscious of that relation so that it will remain an imagination, for the first thing a believer does is to imagine. He imagines that God is the Creator and tries to believe that God is the Sustainer; he makes an effort to think that God is a Friend, and an attempt to feel that he loves God. But if this imagination is to become reality, then exactly as one feels sympathy, love and attachment for one's earthly beloved, so one must feel the same for God.
. . . The work of the inner life is to make God a reality, so that He is no more an imagination; that this relation that a person has with God may seem to them more real than any other relation in this world. And when this happens then all relationships, however near and dear, become less binding. But at the same time a person does not thus become cold, he becomes more loving. It is the godless person who is cold, impressed by the selfishness and lovelessness of this world, because he partakes of those conditions in which he lives. But the one who is in love with God, the one who has established his relationship with God, his love becomes living, he is no more cold; he fulfils his duties to those related to him in this world much more than does the godless man.
Now, as to the way in which a person establishes this relationship, which is the most desirable to establish with God, what should he image? God as Father, as Creator, as Judge, as Forgiver, as Friend, or as Beloved? The answer is that in every capacity of life we must give God the place that is demanded by the moment. When, crushed by the injustice, the coldness of the world, we look to God, the perfection of justice, and no more remain agitated, our hearts are no more disturbed, we console ourselves with the justice of God. We place the just God before us, and by this we learn justice. The sense of justice awakens in our hearts, and we see things in quite a different light.
. . . The person who realizes God as a friend is never lonely in the world, neither in this world nor in the hereafter. There is always a friend, a friend in the crowd, a friend in the solitude, or while he is asleep, unconscious of this outer world, and when he is awake and conscious of it; in both cases the friend is there in his thought, in his imagination, in his heart, in his soul.
The person who makes God his Beloved, what more does he want? His heart becomes awakened to all the beauty there is within and without. To him all things appeal, everything unfolds itself, and it is beauty to his eyes, because God is all-pervading, in all names and all forms; therefore his Beloved is never absent. How happy therefore is the one whose Beloved is never absent, because the whole tragedy of life is the absence of the Beloved, and to one whose Beloved is always there, when he has closed his eyes the Beloved is within, when he has opened his eyes the Beloved is without. His every sense perceives the Beloved; his eyes see Him, his ears hear His voice. When a person arrives at this realization, then he, so to speak, lives in the presence of God; then to him the different forms and beliefs, faiths and communities do not count. To him God is all-in-all; to him God is everywhere. If he goes to the Christian church or to the synagogue, to the Buddhist temple, to the Hindu shrine, or to the mosque of the Muslim, there is God. In the wilderness, in the forest, in the crowd, everywhere he sees God.
This shows that the inner life does not consist in closing the eyes and looking inward. The inner life is to look outwardly and inwardly and to find one's Beloved everywhere. But God cannot be made a Beloved unless the love element is awakened sufficiently. The one who hates his enemy and loves his friend cannot call God his Beloved, for he does not know God. When love comes to its fullness, then one looks at the friend with affection, on the enemy with forgiveness, on the stranger with sympathy. There is love in all its aspects expressed when love rises to its fullness, and it is the fullness of love which is worth offering to God. It is then that man recognizes in God his Beloved, his Ideal, and by that, although he rises above the narrow affection of this world, in reality he is one who knows how to love even his enemy. It is the lover of God who knows love when he rises to that stage of the fullness of love.

See also the previous Wild Reed posts:
"There Must Be Balance . . ."
The Sufi Way
Sufism: A Call to Awaken
A Living Twenty-First Century Tradition
Clarity, Hope and Courage
As the Last Walls Dissolve . . . Everything is Possible
Bismillah
The Winged Heart
A Dance of Divine Light
It Happens All the Time in Heaven
Never Say It Is Not God
Rumi and Shams: A Love of Another Kind
In the Garden of Spirituality – Doris Lessing
Keeping the Spark Alive: Conversing with “Modern Mystic” Chuck Lofy

Labels: Beloved One, Hazrat Inayat Khan, In the Garden of Spirituality, The Sufi Path