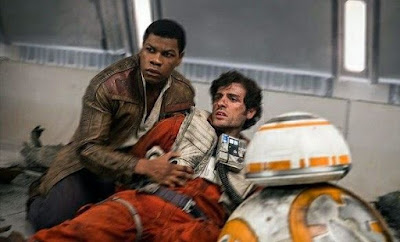 You may recall how last year I mused on the possibility of a romance between the characters of Finn and Poe in the Star Wars series of films.

Many people saw the makings of such a relationship in the way the two actors who play Finn and Poe (John Boyega and Oscar Issac respectively) interact with each other onscreen. For instance, in October 2017, shortly after the release of Star Wars: The Last Jedi, Boyega said in an interview that “[Poe] is always looking at [Finn] with love in his eyes, and I guess that the fans saw it.”

Indeed. . . . And many fans were hoping that in the recently-released (and final) film in the saga, Star Wars: The Rise of Skywalker, Finn and Poe would be shown to be in a romantic relationship, the first same-sex relationship in the franchise. Alas, it was not to be, as Daniel Welsh explains in the following Huffington Post article.

The Rise Of Skywalker actor says he “pushed” for his and John Boyega's characters to “fall in love with each other.”

Star Wars actor Oscar Isaac has claimed that, despite his best efforts, Disney was “not ready” to explore a same-sex relationship in the most recent installment of the saga.

Oscar joined the Star Wars universe as Poe Dameron in 2015’s The Force Awakens, reprising the role in the following two sequels, including the recently-released The Rise Of Skywalker. 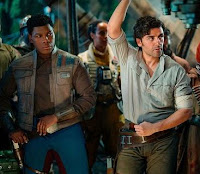 Since The Force Awakens was released, one popular fan theory has been the idea that there’s an underlying romance between Poe and John Boyega’s character, Finn, which Oscar has certainly never shied away from.

In a new interview to promote The Rise Of Skywalker, Oscar blamed Disney for the characters’ romance never being made anything more than fan speculation.

Speaking to IGN, Oscar explained: “I think there could’ve been a very interesting, forward-thinking – not even forward-thinking, just, like, current-thinking – love story there, something that hadn’t quite been explored yet; particularly the dynamic between these two men in war that could’ve fallen in love with each other.

“I would try to push it a bit in that direction, but the Disney overlords were not ready to do that.” 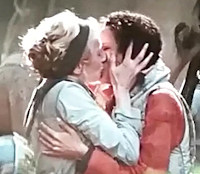 However, many fans have criticised the fact that the moment is so subtle that some viewers might miss it completely, while the scene has been cut in the version being shown in cinemas in Singapore.

Oh, well. . . . At least in the always entertaining world of fan art the romantic relationship between Finn and Poe is alive and well! (And for more of such fan art, see the previous Wild Reed post, Musings on the Possibility of “FinnPoe”.) 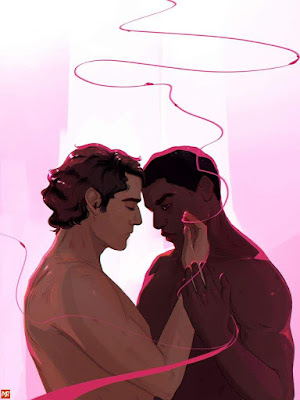 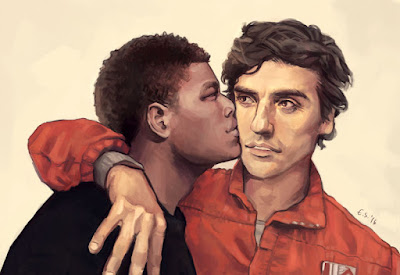 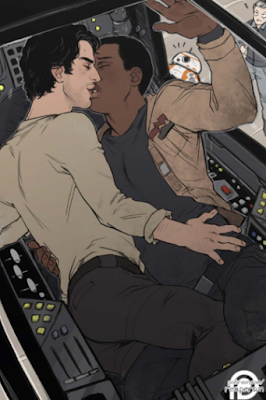 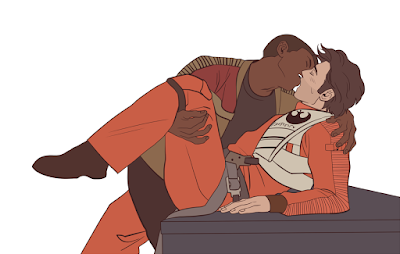 See also the previous Wild Reed posts:
• Musings on the Possibility of “FinnPoe”
• Resisting the Hand of the Empire
• Wolfie
• One Divine Hammer
• What the Vatican Can Learn from the X-Men
• The New Superman: Not Necessarily Gay, But Definitely Queer
• Adam Sandel on the Queer Appeal of Harry Potter
• Queer Black Panther