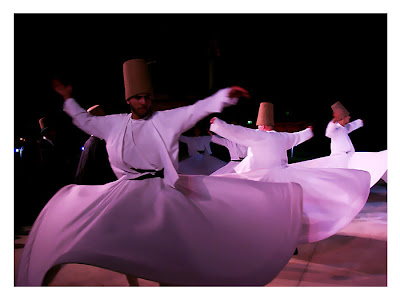 Your heart is the browser.
The pathways are the search engine.
The universe is the real Internet.
And there are many addresses to the Beloved,
Whose server is always online.

– Neil Douglas-Klotz
The Sufi Book of Life: Ninety-Nine Pathways of the Heart for the Modern Dervish

Continuing with The Wild Reed series on Sufism, I share today another excerpt from Neil Douglas-Klotz’s The Sufi Book of Life: Ninety-Nine Pathways of the Heart for the Modern Dervish.

Douglas-Klotz is a world renowned scholar in religious studies, spirituality, and psychology, and a leader in the International Association of Sufism. He is also co-chair of the Mystical Group of the American Academy of Religion and a founder of the worldwide network of the Dances of Universal Peace. I first became aware of him when I discovered his 1993 book Prayers of the Cosmos: Reflections on the Original Meaning of Jesus’ Words.

In reading and reflecting on Douglas-Klotz’s The Sufi Book of Life, I’ve come to realize that I am, at heart, a dervish, i.e., one who is on the “threshold of something, ready to move on and transform him– or herself.” Actually, I think I always have been. My life seems like a series of threshold crossings that have led me to new levels of awareness and engagement with self, God, and others. I sense that I’m at a new threshold, that I’m entering a new phase of my life. Accordingly, I find myself longing for direction and for whatever it is that is needed to be true to this new pathway. I’ve been praying therefore for clarity, hope and courage as I seek to ascertain the particulars of this new direction and remain positive and hopeful despite having to let go of certain securities and comforts that may actually be holding me back from valiantly moving forward in trust and love.

Anyway, for quite some time now I’ve found myself resonating with the insights and ideas on such things that are contained within various Sufi writings – including those of Doris Lessing and Neil Douglas-Klotz. Following is a brief excerpt from the latter’s Sufi Book of Life. 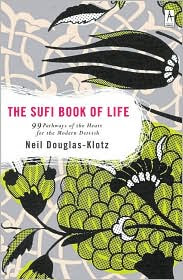 The most essential practice shared by Sufis of all historical streams [are] the meditation on the heart qualities of the sacred (called al Asma ul Husna, or “the most beautiful names”). In [The Sufi Book of Life] I am translating the same word (asma) as “pathways” in addition to “qualities” or “names” in order to emphasize the dynamic experience of the practice. I have not yet encountered a Sufi tradition, group, or order that does not use these practices. Any of these pathways of the heart can lead you to experience life with deeper feeling and more insight if you approach the practice at the right time. You need only one pathway, if you relentlessly follow it to its source.

In the Sufi tradition, as we move toward becoming fully human, we revive an inner ecology and diversity of spirit. We feel and understand more in life because we can recognize it as a part of our own soul. Both freedom and joy come with being at home in the heart, a heart that we gradually discover to be much wider than we thought. The various pathways may seem to contradict each other (just like life). They are not neatly organized and proportional (just like life). They do work, at least in my experience.

. . . For most of its history, Sufism has operated as a kind of do-it-yourself tradition. We have no overall leader, potentate, or pope (which is not to say that some people haven’t tried to establish themselves, or someone else, as one). The Sufi guide is more a cross between a companion, therapist, and trickster than an almighty guru, and Rumi once said that ultimately the real pir (senior spiritual director) is Love itself.

Updated for the twenty-first century, the pathways of the heart function very much like a search engine to the Internet of life, with our heart acting as the browser through which we view the world, inside and out.


See also the previous Wild Reed posts:
The Sufi Way
In the Garden of Spirituality – Doris Lessing
A Living Twenty-First-Century Tradition
Bismillah
It Happens All the Time in Heaven