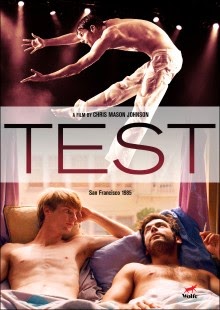 The Wild Reed's 2014 series for Queer Appreciation Month continues with a post that brings together two areas of special interest to me: dance and film. This is because I highlight today Chris Mason Johnson's award-winning film Test, about a young dancer in mid-1980s San Francisco. The film includes dance sequences choreographed by acclaimed U.S. choreographer Sidra Bell.

Although I've yet to see this film in its entirety, I've been reading quite a bit about it – and have been impressed by what I've read. One critic, for instance, declares that Test "illuminates why queer cinema still matters."

Here is how the film's plot is summarized by WolfeVideo.com:

Set in the free-spirited San Francisco of 1985, Chris Mason Johnson’s Test lovingly portrays this exciting and harrowing era as young Frankie (dancer Scott Marlowe in a breakout acting debut) confronts the challenges of being an understudy in a modern dance company where he’s taunted to “dance like a man!” Frankie embarks on a budding relationship with hunky Todd (Matthew Risch, HBO’s Looking), a veteran dancer in the same company and the bad boy to Frankie’s naiveté. 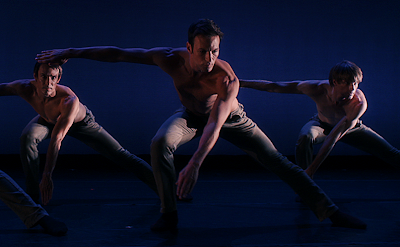 "Test isn't about getting sick or being sick; it's about the fear of disease," director Chris Mason Johnson told The Huffington Post. "It's a universal theme but heightened because the early AIDS epidemic was insane. And while the shift to fear may sound like a small thing, it’s actually big when you consider every other AIDS movie has focused on death and dying. Maybe that's one of the reasons audiences seem happy after Test. They don't expect the genuine hope that comes out of it."

Says Johnson about the dancing in Test:

As a former dancer – and ‘former’ is kind of silly because it never leaves you – I have strong feelings about how dance is done on film. My favorite dance sequences all have this balance between respecting the fully framed body but also cutting the image for dynamic punch, which is what we tried do in Test. I like the way dance is shot and cut in Cabaret, Hair, The Red Shoes, Pina, Pennies From Heaven, Swing Time, Saturday Night Fever and the Lindy Hop sequence from Helzapoppinn'. I want to do more with dance on film, that's for sure! 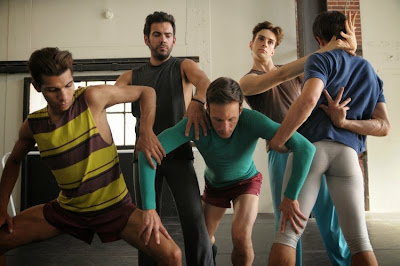 Speaking earlier this month to Omar Rosales of GLAAD, Johnson discussed how the film's dance performances speak to its greater story.

The dance functions in several ways within the story. On the most obvious level of plot, it’s the classic understudy-goes-on trope, which we know from 42nd Street to The Red Shoes to The Turning Point to Black Swan — although notice there’s not a male lead in any of those, because men in tights are either “straight” or worthy of sniggering contempt in our cinematic history.

At a more thematic level, the dance sequences are a way to eroticize the male body in a morbid, almost creepy but still sexy way. They’re an externalization of the intersection of sexuality and disease. Usually AIDS movies vet out the eroticism of the gay male body because it’s just too uncomfortable to think of sex while you think of disease. But I wanted to put the sensual body back into the story and the dance gave me a perfect way to do that. I worked very closely with my gifted choreographer Sidra Bell to tease out those twisted, almost horror-movie-like gestures embedded in the dances. We used the paintings of Egon Schiele for gestural inspiration.

Also, the group male dances in the movie are a way of reminding the audience that these other men are going through the same experience at the same time. The group of male dancers may be mute and abstract, but they’re there. A presence. Hard to ignore. 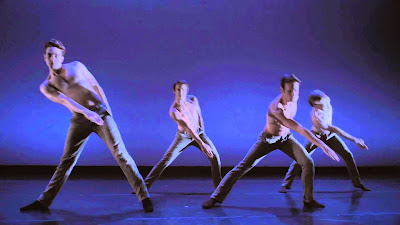 Finally, here is Matthew Connolly's insightful review of Test from the September 2013 issue of Film Comment. 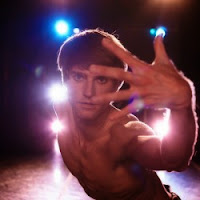 A film of rare electricity and intelligence, Chris Mason Johnson’s Test, a chronicle of the AIDS crisis in 1985 San Francisco, eschews both radical-chic hagiography and after-the-fact moralizing in its richly stylized take on the era’s physical and emotional dislocation. Test follows Frankie (the superb Scott Marlowe), a member of a contemporary dance company whose professional aspirations and erotic appetites intersect with ever-present reports from the front lines of the AIDS epidemic. Frankie refuses to forego sex, but every encounter becomes increasingly fraught with fear, suspicion, and an almost-existential anxiety about just how one contracts the virus, how long does it take to show signs, and who has it amongst his social circle.

The male body—beautiful, graceful, and stalked by an invisible monster—is front and center here. Johnson and DP Daniel Marks film the dance performances (brilliantly choreographed by Sidra Bell) with a thrilling combination of cinematic vivacity and restraint. They know when the camera should be the dancer’s partner, and when it should be a rapturous spectator. This dichotomy of acute observation and expressionistic abandon shapes the entirety of Test, in which existing every day with the possibility of randomly assigned death transforms the world into an unstable and occasionally exhilarating space.

Politics rarely come to the foreground in Test, but they are never far from it either. A late-film conversation between Frankie and Todd (Matthew Risch)—a cocksure fellow dancer with whom Frankie shares a tempestuous chemistry—offers one of the film’s only direct comments upon the AIDS crisis in a larger sense, as Frankie considers how such widespread sickness will affect the levels of monogamy and sexual freedom within the gay world. This exchange might have been a little too on the nose if such questions weren’t already explored with such elegance throughout the film, and it might have felt a touch dated if such discussions didn’t still happen within the LGBT community, even as the AIDS crisis changes and other cultural factors come to the fore. In short, Test manages to illuminate our shared past even as it poses thorny questions for our future. If there was ever a contemporary film that illuminates why queer cinema still matters, this is it. 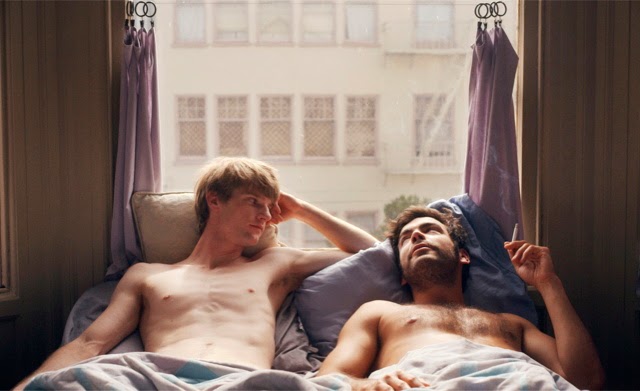 
NEXT: Sister Forcades on Queer Theology