Colin Covert on Biutiful: "A Work of Extraordinary Vitality" 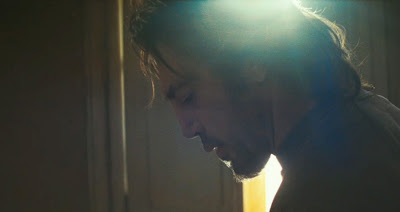 Of the nominated films of last night’s Oscars that I’ve seen, by far the one I find most compelling is Alejandro González Iñárritu’s Biutiful. Regular readers may recall that I previously discussed Iñárritu’s 2006 film Babel.

Biutiful was nominated at the 83rd Academy Awards for Best Foreign Film but lost out to Susanne Bier’s In a Better World. It’s lead actor, Javier Bardem, was nominated for Best Actor (a first for an entirely Spanish language performance) but lost to Colin Firth in The King’s Speech. Bardem, however, received the Best Actor Award at Cannes for his work on Biutiful.

Below (with added images and links) is a very well-written and insightful review of Biutiful by Colin Covert. It was first published in the Twin Cities’ weekly newspaper Vita.mn. Actually, it was my reading of this review that compelled me to go see Biutiful at the Lagoon Cinema in Minneapolis – where it's currently still playing. It's a film I highly recommend. 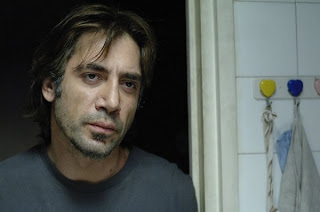 A dying man seeks to balance the books of
a life that has included much wrongdoing.


Biutiful is devastating. Its co-writer and director, Alejandro Gonzalez Iñarritu, never has made comfortable, audience-pleasing entertainments, but his latest makes his unsentimental Amores Perros, 21 Grams and Babel look like vacation videos. 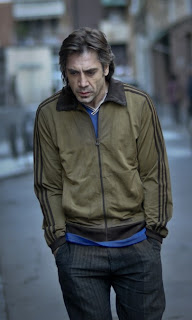 Best actor Oscar nominee Javier Bardem conveys infinite suffering as Uxbal, a compassionate criminal with ties to Barcelona’s human-trafficking underground. Riddled with cancer and hoping to settle his accounts in the few weeks he has left, he tries to provide for his young son and daughter, and for the latest shipment of Chinese laborers he has smuggled into the city’s black-market labor force.

The film is preoccupied with good and evil, death and life, darkness and light. Its themes are powerfully expressed in its innovative photography. As Uxbal threads his way through the city’s slum-like back streets, Iñarritu’s camera detects images of fierce, striking brilliance in the squalor.

Bardem’s face is painted with an elaborate play of light and shadows, giving him a fantastic, sinister appearance at one moment and a radiant, beatific serenity the next. The ever-shifting light suggests that contrition and good works can at least partially redeem a life badly lived.

Uxbal’s runaway wife suffers bipolar mood swings; as unstable as she is, there was enough good in her to make him fall in love. The venal Chinese partners in Uxbal’s illegal immigration scheme exploit their workers, but remind him that countless other Chinese would trade places with them to escape even worse conditions at home. Many of Uxbal’s actions may be criminal and repulsive, but as he fights to make the most of his last days our sympathies are repositioned and we root for the pathetic, lonely, victimized figure. His illness is a malaise that infects us all: Every one of us has the capacity for evil.

Uxbal’s efforts to make a few final generous gestures trip against his shortcomings, yet he never abandons hope. Even when he's delusional, insisting “I’m not going to die,” he’s expressing his wish to hang on and help his dependents, not selfishly grasping for immortality. Bardem’s tough yet tender performance, which won the best-actor prize at Cannes, elevates the bleak subject matter to a higher plane. 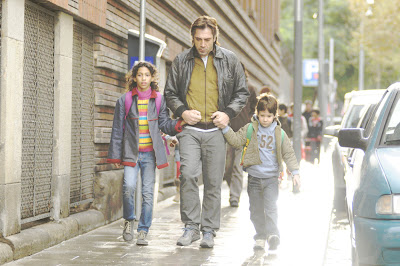 Though it is a scathing portrait of fundamentally corrupt humanity, Biutiful is neither dreary nor dispiriting; it is a work of extraordinary vitality. 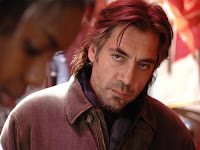 Bardem is beyond praise as a multifaceted man fatigued by life, who has gained a deep inner strength from difficult experiences. As Uxbal comes to terms with his impending death, Biutiful ends on an almost positive note. In the surreal snowbound climax, he experiences a vision of reconciliation with the life he must leave behind. Viewing the film is like listening to a funeral dirge magnificently performed.