In the Garden of Spirituality – Doris Lessing 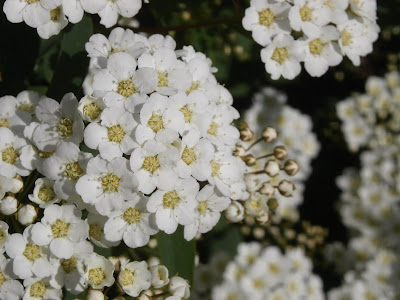 
The Wild Reed’s series of reflections on spirituality continues with an excerpt from the Doris Lessing-penned preface to the French edition of Idries Shah’s 1985 book, Seeker After Truth: A Handbook.

But before sharing this excerpt, some background information . . . 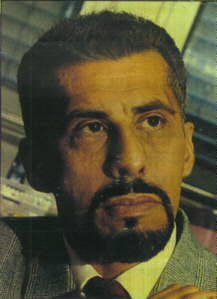 Idries Shah (pictured at left) was an author and teacher in the form of mysticism known as the Sufi tradition or Sufism. He wrote several dozen critically acclaimed books on topics ranging from psychology and spirituality to travelogues and culture studies.

Lecturer and writer Müge Galin notes that “to a great extent, Shah has been responsible for exposing a Western popular audience to the wealth of Sufi teaching stories finally accessible in English.”

Shah was born in India, lived in Afghanistan, and moved to London in the 1960s. A prolific writer and translator, he also established a publishing firm and the Society for Sufi Studies in London - both of which he ran until his death in 1996. The latter organization is now known as the Institute for Cultural Research. 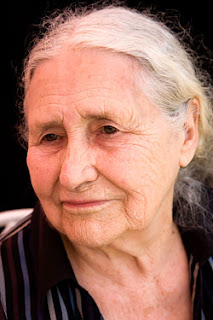 Acclaimed writer Doris Lessing (pictured at right) first became involved with Sufism when she read Shah’s 1964 book, The Sufis. In the decades since, notes Galin in her book, Between East and West: Sufism in the Novels of Doris Lessing, “Sufi thought and Sufi teaching stories [have] allow[ed] Lessing to demonstrate [in many of her novels] the Way of transformation.”

Lessing herself once wrote: “People ask, ‘Why did you become interested in Sufism?’ I give an exact reply, but feel the question is really a statement: ‘I am surprised that you are the kind of person to become interested in mysticism’ . . . I had an inclination towards mysticism (not religion) even when being political. It is not an uncommon combination.”

Echoing Lessing, Galin notes that: “Sufis are both political and spiritual. They are by definition anything but one-dimensional. They are neither only this-worldly nor only other-worldly. Lessing’s preference for Sufism has much to do with this flexibility of Sufism and with its resistance to pigeonholing.”

Galin documents how in an interview with Susan Stamberg on National Public Radio, Lessing exclaimed, “Why do you make it ‘or, or, or?’ It could be ‘and, and, and’ . . . either/or [has] very little to do with how things really are.”

Adherents of strict orthodoxy may well find themselves uncomfortable with such a perspective, yet Lessing is adamant that “Sufism does not attack religions, which are seen as ‘the screens’ the light falls through.”

As a means of approaching truth, “formal religion,” Lessing writes, “is a stage a person may go through as are atheism or agnosticism; the hot denials of the passionate atheist are seen as a religious emotion, no different from the affirmations of the emotional religionist: ‘God’ is in both.”

One last thing: I was particularly drawn to the following excerpt from Lessing’s preface to Shah’s Seeker After Truth: A Handbook after reading and reflecting on theologian Han Küng’s contention that Jesus did not found a religion. As regular visitors to The Wild Reed may recall, I shared Küng’s thoughts on this matter in my previous post, “Thoughts on Ordination, Intellectual Dishonesty, and the Holy Spirit of Which the Prophet Joel Speaks.”


Many people who turned their backs on religion are now interested in getting towards “what really is in Christianity.” It is not Christianity (or any other religion) which is responsible for indoctrinating people to believe in a narrow system which traps them. It is, rather, that large areas of all religions are captured, as a matter of history, by cultists who oversimplify and then use the result to trap people with. So it is a certain type of mind which is responsible. Dogmas and liturgy, and so on, are not found in the initial stages of a religion in such oversimplified forms. The successors or adopters of the original workers in the field are the ones who distort the religion into a socio-psychological straitjacket. Then, after that, reformers try to adjust things, and in turn slip into mechanicality. This process can be seen if one looks.

Meanwhile, the inner aspect (the Path within all religion) is obscured. Most Christians would admit that no Church looks anything like what Jesus’ school looked like. From that realization it is easy to see what has happened and why. The why is the (deliberate or unconscious) need to control the adherents. “Mysticism” is given a bad name because “mystics” in all societies usually oppose, ignore, evade the narrow dogmas. And they do this because they are engaged in reclaiming the life beneath the straitjacket.

Since the problem which current religion poses us is not religious one as such, but a problem of analyzing the non-religious social coercion which overlays it, it is natural that what Idries Shah does is to point to what looks like temporary social or psychological problems. These are the current terms for a process which has been going on from remote times. Shah is doing what Sufis in the past have done: freeing the inner core of religion from dogma. When the irrelevant fossilization has been dealt with, the spiritual activity may begin.

What has happened over and over again in the past is that spiritual “schools” have been turned into secondary and derivative forms, called religions, which have changed the genuine spiritual core into social behavior and practice. This is due to an unacknowledged “conspiracy” between those who want to control and those who not only want to be controlled but who want a quiet life. It is easier to accept that religion means emotional and intellectual activity and outward action and show, than to look for the more subtle, the spiritual, ingredient.

Others highlighted in The Wild Reed’s “In the Garden of Spirituality” series include:
• Zainab Salbi
• Daniel Helminiak 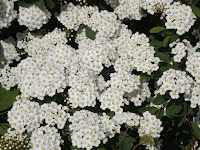 Labels: Doris Lessing, In the Garden of Spirituality, The Sufi Path

But the conscious or unconscious need for some support from fellow-travelers and like thinkers often results in the (re) creation of organization, community, society and structure. Human communities have structures, members, leaders organization and rules. Add a long stretch of time and you end up with institutions, people in leadership roles (not always hierarchies), doctrines and dogmas. The Catholic Church has all these things. So do political parties, businesses, clubs families. Heck, even Act-UP has incontrovertible doctrine and dogma. So what can ya do?

It's great to find someone making the kinds of distinctions you make here. The word "religion" has come to cover a host of sins as well as many good things, and the two need disentangling.

It is true that hierarchical structures do not particularly like mystics. The examples in Catholic history are legion. When a Catherine of Sienna took popes to task for abandoning Rome to favor the French court is one. On a much smaller scale, some of the most "progressive" (yet very traditional) places in the Church today is the Trappist monastery. Gospel pierces them to the core; in that light, "rules and regs" are hollow.