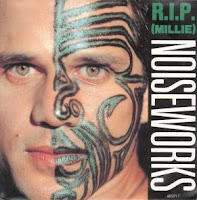 “R.I.P. (Millie)” is from Noiseworks’ 1991 album Love Versus Money, and is a tribute to Jon Stevens' mother who had recently died from cancer. The song peaked at #26 in the Australian charts and #23 in the New Zealand charts. I find both the song and its accompanying video to be quite moving. Aspects of the video reflect singer Jon Stevens’ Māori heritage, and even though the song’s lyrics chronicle an experience of sadness and loss, they convey a powerful message of love and hope.

Losin’ the battle alone you cried
You let it end with no shame
Anger inside, I watched you fade away
Now you're gone away

There's a place in my heart
I will never forget you
Unassuming in your ways, you inspired
But you gave it everything you had
So brave, so strong
Oh, Yeah you fought it
You just wouldn't let it bring you down
So my friend, I say goodbye now
And until we meet again
Rest in peace, rest in peace

The following from Wikipedia documents Jon Steven's career since the disbanding of Noiseworks in 1992. 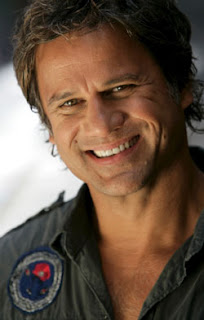 Once Noiseworks disbanded, Stevens was part of two Australian productions of Jesus Christ Superstar, playing Judas on both occasions, to high acclaim.

From 2000–2004, Stevens fronted Australian rock band INXS after the death of its lead singer Michael Hutchence. He wrote the official song for the Sydney 2000 Olympics Torch Relay, entitled "Carry the Flame", and although he briefly toured with the band, it wasn't until October 2002 that he was officially instated as their lead singer. The Stevens-fronted INXS did release a song called "I Get Up," but it was not a hit. He quit the band a year later before an album was released.

In 2004 Stevens released Ain't No Life For The Faint Hearted, a modern R&B album best known for its cruisy cover of The Doors' "Light My Fire".

In 2005, Stevens released The Works, recorded as part of the Liberation Blue acoustic series. After a national tour with Ian Moss - Six Strings & The Works - he did a smaller acoustic tour, then took a short break before announcing Noiseworks were preparing to tour again in late September 2007.

After two months on the road across Australia, Stevens took a break. In January 2008, Stevens's management confirmed plans for a massive national tour with Ian Moss, Jack Jones and Tania Doko, entitled Let's Get Together, scheduled to begin in Melbourne in April 2008, following an acoustic tour of regional Victoria with Australian country singer Adam Brand.

In August 2011, Stevens released a new single "Just A Man" to Australian radio. A new solo album on a new record label, Universal Music Australia - called Changing Times - was released in digital format only in September 2011. 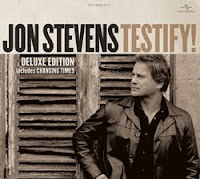 In Australia today, Stevens releases a new album, a collection of soul covers entitled Testify!. It seems Stevens is still bearing testimony to love and hope! And, believe it or not, I had no idea about this when I first started writing this post, but learned about it while searching for related images! How's that for special?!


See also the previous Wild Reed posts:
God Is In the Roses . . . and the Thorns
"The Wonder You Bring . . ."
Time and the River