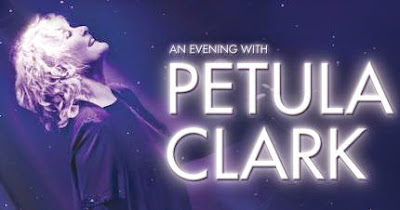 Yes, the legendary Petula Clark will be performing May 7 at the Glasshouse as part of her Australian tour in support of her most recent album, Lost in You. Unfortunately, I'll be back in the U.S. by then, but my parents are seriously considering attending.

Here's how the Glasshouse is advertising "An Evening with Petula Clark":

Britain's most acclaimed star returns! Petula Clark is Britain's most successful performer of the 20th century. Embracing every aspect of show business, her worldwide career has virtually defined the term "International Superstar." She has been a massive star since World War II - on stage, screen, TV, radio and in the pop charts. She is one of the most distinguished, enduring and best-loved entertainers the world has ever seen. Petula's concert will include all of the hits from the '60s, new songs from her latest Sony CD Lost In You, as well as selections from movies and stage shows.

Following (with added links) is Steven Rosen's insightful April 2013 review of Lost in You for Blurt magazine. 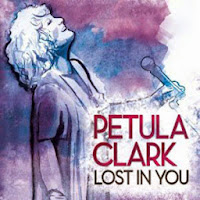 As much a surprise as finding a new album by 80-year-old Petula Clark (singer of the 1964 pop-rock classic “Downtown”) on a label that also features Art Brut, The Prodigy, Cradle of Filth and Anvil is the fact that it’s really good. Not just good, but contemporary in its production and (for the most part) material, creating a showcase for Clark’s reserved but convincingly involved voice.

Clark, who as a child made her singing debut on British radio during a World War II bombing raid, went on to international fame in the 1960s collaborating with Tony Hatch on bright, catchy hits (“Downtown” “I Know a Place,” “Don’t Sleep in the Subway”). Before that in the 1950s, and again after the American Top 40 presence ceased in the 1970s, she had also been popular in France, singing in French.

While Lost in You is an English-language album, her French experience serves her well – the introspective coolness of the chanteuse has an ageless quality and is quite becoming to her. It’s also a great way for a voice that understandably has lost some of its youthful range to still be expressive, through smart use of nuance and asides.

For this project, she has partnered with producer John Owen Williams, whose own long career in the British music business includes production and A&R work for many younger rock acts like Alison Moyet, The Proclaimers, Carter the Unstoppable Sex Machine and many more. They have selected a savvy group of other collaborative producers, arrangers, players and writers, including Paul Visser, Steve Evans, James Hallawell (Waterboys) and Sarah Naghshineh.

The songs are just right for Clark – subtly minor-key with a quiet beat, tastefully reflective string arrangements, stately piano and enough guitar to move things along. When they wander into ever-so-slight electronica, as on “Every Word You Say,” there’s just enough mysterious distance in Clark’s voice to give off a chill.

The opening song “Cut Copy Me” (by Naghshineh, Visser and Williams) is startlingly effective, from the computer-referencing title to the auto-tuned echo of her voice to the acoustic-guitar/piano interplay. It’s haunting and mysterious.

She also does a harder-edged, dramatic version of Gnarls Barkley’s “Crazy” that shows how her pop-rock version can work as well as Bettye LaVette’s recent soulful take. And on “Reflections,” a song adapted from Bach’s “Sleepers Awake,” lyrics about her childhood in Wales accompany the grandeur of the keyboard-and-strings arrangement. It’s a bona fide art song, and brings to mind how Procol Harum turned Bach into “A Whiter Shade of Pale” so long ago.

Of special note is a new version of “Downtown,” her ebullient breakthrough American hit. It is now a ballad, her voice sometimes narrating the words as much as singing them. At the chorus, where the original song had her voice rise on “down” – connoting excitement – this time she straddles turning “down” into a minor-key note. The result is to make the song elegiac, a salutary tribute to a friend (the original version) from long ago.

The album doesn’t need her cover of Elvis’ “Love Me Tender” or John Lennon’s “Imagine” – they’re musty rock-classic selections that work against musical relevancy. Still, Clark has shown that a good pop stylist can stay as interesting in her eighties as can a more “authentic” roots singer, with the right material and production support.

The Rolling Stones used to point to Muddy Waters as an example of how blues-rockers can age gracefully and still be vital. One gets the feeling a lot of young pure-pop singers will look to Clark the same way after Lost in You.

Recommended Off-site Links:
Petula Clark on the Making of Lost in You – All Pet Productions Limited and Troubador Limited (2013).
Petula Clark’s Pop Comeback, at Age Eighty – Ben Greenman (The New Yorker, April 2, 2013).
A Review of Lost in You – Philip Matusavage (MusicOMH, February 25, 2013).

For more of Petula Clark at The Wild Reed, see:
Pet Sounds

Definitely getting this album. From Rosen's review: "reserved but convincingly involved". That's my new goal in life.