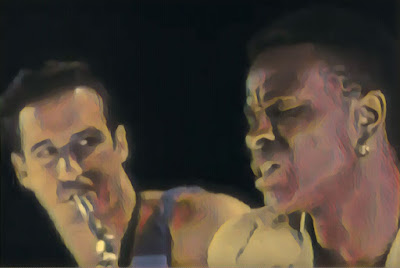 This evening for "Music Night" at The Wild Reed I share "All I Wanna Do," one of a number of stand-out tracks from Carl Anderson's 1992 album Fantasy Hotel. 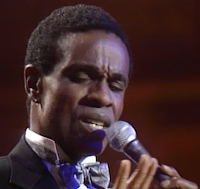 As anyone familiar with this site would know, Carl Anderson (1945-2004) is my favorite male vocalist . . . and Fantasy Hotel is definitely one of my favorite albums of his.

You know, I've said it before but it's worth repeating: I like to think that in some parallel universe Carl has the superstar status which in this universe was inexplicably denied him. This despite the fact that he possessed a vocal range, elasticity, and sensuality that matched, and often bettered, those of his contemporaries Freddie Jackson, El Debarge, Jeffrey Osborne, John Whitehead, Al Jarreau, and Luther Vandross. As the Funky Town Grooves website notes, “Carl Anderson was a singer with great range, clarity of diction . . . and that rare ability to sing flawlessly from a technical standpoint while still communicating character and emotion.”

I dare say that for most people, Carl Anderson is best remembered for playing Judas Iscariot in the 1973 film adaptation (right) and numerous stage productions of Andrew Lloyd Webber and Tim Rice's rock opera, Jesus Christ Superstar. (For more about Carl’s groundbreaking portrayal of Judas, click here, here, and here.)

Tonight, though, we're visiting a later part of Carl's career, checking into his Fantasy Hotel where a table set for two, complete with wine and candlelight, awaits us. As does, of course, the beautiful voice of Carl Anderson. . . . And, yeah, as Carl knowingly sings, it all works together to ensure that “it's such a lovely feeling.” 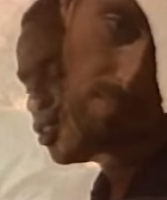 What makes it especially lovely for me is how Carl leaves the gender of his love interest to the listener's imagination. I always appreciate that in a love song, given that so few reflect same-sex attraction and desire. And in the case of this particular song, the dreamy screen cap at left from Richard Elliot's music video with Carl serves as an acceptable and beautiful image, wouldn't you say? . . . All I wanna do, indeed.

Regardless of what images you conjure as you listen to this wonderful track, be sure to enjoy it below. . . . And just a heads-up, it's followed by a review of Fantasy Hotel, in which Carl's tragically cut-short life is poetically compared to a “song in the night.” . . . Tragic, yes. But with a musical legacy that includes so many wondrous tracks, one can also say of Carl's gone-too-early life, What a song! . . . And (because of that) What a night!

Oh, all I wanna do is dance with you
All I wanna do the whole day through
Into the night
And I'm gonna hold you tight

Every time you touch me
When my body feels the heat
My heart starts a pounding
Can't you see what you do to me?

Following, with added images and links, is a 2005 review of Fantasy Hotel by the website SmoothViews, a site dedicated to "keeping smooth jazz in sight." 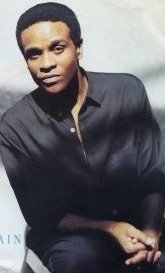 Like a song in the night, vocalist Carl Anderson left us much too early. . . . In February 2004, he lost his fight to leukemia. Having appeared on countless albums over the years, Anderson had a unique voice that rose above his surroundings. Born a twin in the mountains of Bedford County, Virginia, Carl was raised by God-fearing parents. Carl often said that he got his boundless energy from his twin who died at the young age of eleven [months]. His music career took off after securing the role of Judas in Jesus Christ Superstar. He has graced the albums of such artists as Eric Marienthal [pictured with Carl in this post's opening image], Maynard Ferguson, Weather Report, Richard Elliot, Keiko Matsui, George Howard as well as Russ Freeman and the Rippingtons. One of his better known works was a disc entitled Fantasy Hotel. As a tribute to Carl, we would like to review that disc and pay homage to a great vocalist. 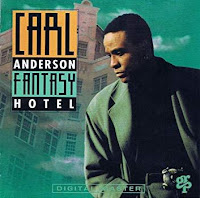 Released in 1992, Fantasy Hotel was the seventh solo release from Anderson. Produced by Russ Freeman and Andre Fischer for GRP Records, the disc had ten new songs including a single entitled “Once In A Lifetime Love.”

The first track “I Will Be There” features Carl's vocals as clear as ever. Accompanied by the background vocals of Leslie Smith, Anjani Thomas, and Maxi Anderson, this opener is up-tempo and showcases the talents of drummer Tony Morales and bass, keyboards and electric guitar of Russ Freeman. “If Not For Love” is a David Foster arrangement with a catchy refrain and deep background harmonies as well as the sax solo work of Dave Boruff. “Once In A Lifetime Love” is one of my favorites here. Morales and Freeman join the background ladies once again as Anderson's vocals soar on the refrain offering a sharp contrast to the syncopated verses. Freeman's electric solo blends nicely as they join towards the end to finish this one out.

“Love Will Follow” features an All-Star cast with Nathan East joining on bass, Gerald Albright on sax, and Mark Portman on keyboards. Freeman and Morales make sure this Kenny Loggins re-make showcase Carl's vocals. Albright's solo is refreshing as are the ladies' background vocals. The fifth song from Fantasy Hotel is the scat-like “Enough Said.” Carl reminds me a lot of Jarreau here and the presentation lends it to being a great live number. Alphonso Johnson's bass keeps this one driving along with some nice background vocals by the ladies once again, and Portman's keyboards. “All I Wanna Do” is arranged by Freeman and he plays everything here – keyboards, guitar, bass and drum programming – with Morales on occasional percussion. This one is catchy, and Anderson seems to be having fun with it. Freeman's keyboard work is remarkable, and sounds very much like background horns.

“The Closest Thing To Heaven” is the first one here arranged by Brad Cole and Andre Fischer. It's eerie to hear it now, and Carl's voice is so clear. This is a nice arrangement, and builds with a lot of emotion. “Lover's Mask” is an intricate intertwining of vocals and instruments. Anderson's vocals play off of each note until rising to an uplifting chorus. “I'm No Stranger” begins as a funky little number with some nice bass and percussion. Carl's vocals are strong and play nice against the background of Brad Cole's piano. This one builds until the end and is one of the better numbers here. 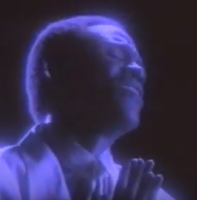 “Wish I Could Stay (Fantasy Hotel)” is dark while being accompanied by only a piano. It's almost as if he knew his time here would be short. It's reflective as well as wishful.

[In the album's liner notes] Carl writes, “Wish I could stay as time and reality intervenes; now it is past and only pictures remain. But reserved for you in the center of my soul is the garden suite at Fantasy Hotel.”

Thanks, Carl. Godspeed to you as you lift up your voice in the heavens above. As for the Fantasy Hotel, we'll be by often to check in. 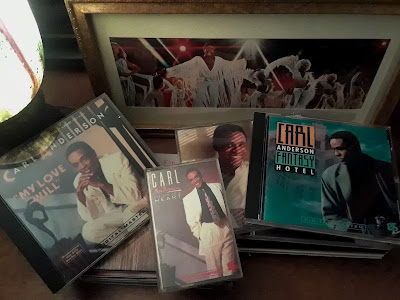 For more of Carl at The Wild Reed, see:
• Carl Anderson: “One of the Most Enjoyable Male Vocalists of His Era”
• With Love Inside
• Carl Anderson
• Acts of Love . . . Carl's and Mine
• Introducing . . . the Carl Anderson Appreciation Group
• Forbidden Lover
• Revisiting a Groovy Jesus (and a Dysfunctional Theology)