Ruth St. Denis on "Dancing as a Life Experience" 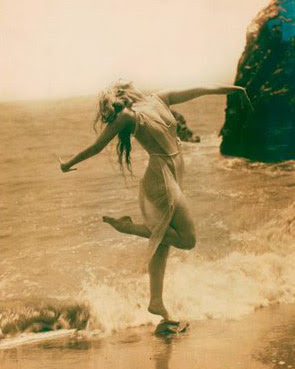 The Wild Reed series The Dancer and the Dance continues with excerpts from an article written in the mid-1920s by Ruth St. Denis. I found this article in a book edited by Jean Morrison Brown and entitled The Vision of Modern Dance (Princeton Book Company, 1979). An expanded second edition of this book was published in 1998 as The Vision of Modern Dance: In the Words of Its Creators.

Modern dance pioneer Ruth St. Denis is a fascinating character, for whom dance was always a spiritual experience. Here’s how Jean Morrison Brown describes her. 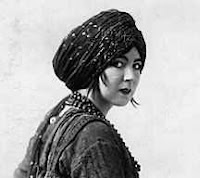 Born in Somerville, New Jersey [in 1877], St. Denis performed in New York and Europe for a number of years before her marriage to Ted Shawn. Together they established Denishawn, where “Miss Ruth” taught Oriental dance and also choreographed for and performed with the Denishawn company, which toured widely throughout the United States for the next ten years. During this period, with the help of Doris Humphrey, she developed “music visualizations” (the translation of musical structure into movement). 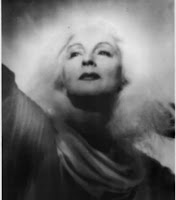 Following her separation from Ted Shawn and the dissolution of Denishawn in the early 1930s, St. Denis remained in New York City. There she founded the Society of Spiritual Arts and a Church of Divine Dance, and her rhythmic choir performed in several large churches as well as at the 1939 World’s Fair. During World War II, St. Denis returned to Los Angeles, where she worked in an airplane factory for a few months before opening a studio. On her seventieth birthday the Church of Divine Dance was refounded in Los Angeles. St. Denis remained active in religious dance until shortly before her death [in 1968].

As well as being a recognized pioneer of modern dance, St. Denis, along with Sufi mystic and teacher Hazrat Inayat Khan, is credited with influencing Murshid Samuel Lewis' creation of the Dances of Universal Peace.

Following are St. Denis' thoughts on dance as a life experience.

I see the Dance being used as a means of communication between soul and soul – to express what is too deep, too fine for words. . . . I see [humanity] made finer and quicker to correct itself – because the Dance reveals the soul. 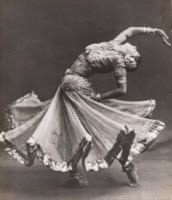 The revelation of spiritual beauty in terms of movement is the natural and inevitable progression of life and art; and the word Dancer should rightly mean one who expresses in bodily gesture the joy and power of his[/her] being.

. . . Behind the veil of our actual, common days is the Eternal Now which is seeking ever to reveal itself – to shed light on the confusion of our heavy hours. But the power of the dance to release the soul is still buried under the weight of the binding and artificial world we have created for ourselves – in which there is no time to know, and no space to move.

The Eternal Now of the Dance includes both past and future. It includes the knowledge and assurance that in the past bodily gesture was the first communication of the simple needs of primitive [humans], and it includes the vision of the future in which the Cosmic Consciousness, to which [humanity] gradually attains, will find expression in finer bodies and more beautiful and articulate gestures.

We cannot, of course, communicate, in any language, what we do not feel or know. But in modern times we have used almost exclusively the language of the intellect – speech – to express all states and stages of consciousness, and by so doing we have inhibited and dwarfed the physical and emotional beauty of the self. . . . [forgetting that] dancing in its nobler uses is the very temple and word of the living spirit.

It is largely from this error that the sense of separation between body and spirit has grown. In reality, each individual self creates and governs its own organ of expression, and with this organ its communication with the world.

Let us, therefore, regard the dance fundamentally as a Life Experience, as the primitive and ultimate means of expression and communication. Let us see in the free, spontaneous dance of every child the beginning of the universal language, and the universal art, which, largely unconscious to him[/her]self, grows bodily into words, telling of illusive and exquisite moments of the hidden self; and later flowers into forms of art that will heal the world of some of its artistic sins.

To know this experience, even in a slight degree, to have space and light and music, a real sacrifice is necessary. The physical elements of our present life are designed for other uses, and our days are crowded with profitless confusions. Let there be more beauty and harmonious activity experienced by the individual, less merely for him[/her]. That is the purpose of Dance.

. . . How much of our precious time is wasted by impositions from without – by having our minds defaced and poisoned by pictures that confuse and weigh down the spirit, in the name of art, because we do not know how to release the divine urge to strength and beauty within ourselves! 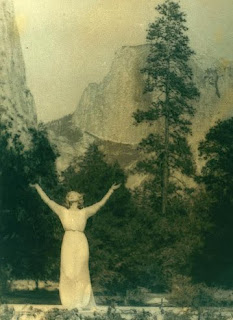 Pure dance has no bounds. The infant begins to dance at its mother’s knee. Old age should not have its gestures to express love and serenity no less. Each period of life has its own activity, its own beauty, and it is stupid and futile to attempt, as we do on the stage in the name of art and entertainment, to force or retard the natural unfolding of the spirit from youth to maturity. . . . Some day our conceptions will expand to take in, with the loveliness and freshness of childhood, the gracious dignity of age, in art as well as in life. Here the dance will unfold many truths of being, many unknown or unseen joys possible to us in the very midst of our common days.

Make way for the dance! See if it does not repay a thousand fold. It will enlarge the horizons, give meaning to many things now hidden, new power to the self, a new value to existence.

Dancing is the natural rhythmic movements of the body that have long been suppressed or distorted, and the desire to dance would be as natural as to eat, or to run, or swim, if our civilization had not in countless ways . . . put a ban upon this instinctive and joyous action of the harmonious being. Our formal religions, our crowded cities, our clothes, and our transportation are largely responsible for the inert mass of humanity that until very lately was encased in collars and corsets. But we are beginning to emerge, to throw off, to demand space to think in and to dance in.

Oh, dancers and lovers of beauty everywhere, come, let us reason together and see if we cannot make a better world, “one nearer to our hearts’ desire!” 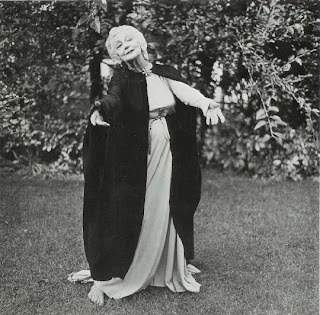