Beyond the Hierarchy: The Blossoming of Liberating Catholic Insights on Sexuality (Part 6) 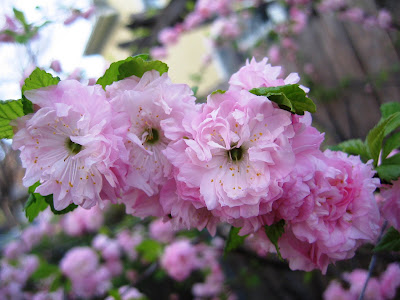 The Wild Reed's series highlighting the liberating insights on sexuality that are emerging and “blossoming” beyond the Vatican continues with excerpts from Matthew DeLuka's May 11 Daily Beast article, "Do Most Catholic Theologians Support Same-Sex Marriage?"

As has been noted in previous installments, the view of theologians is important because within Catholicism, the hierarchy, the theologians, and the wisdom of the laity are equally recognized as authentic sources of truth. They are the three magisteria. And when one considers what Catholic theologians and the Catholic people are thinking and saying about the issue of homosexuality and same-sex relationships, then, at the very least, we have to acknowledge the possibility that the Vatican’s teaching on this issue may not actually be the Catholic teaching.

It wouldn't be the first time, of course, that the bishops have been unreceptive to truth unfolding in both the church and the world. An excellent example of this can be seen when we acknowledge that the vast majority of married Catholics are practicing birth control in spite of the official teaching of the hierarchy prohibiting it. It's clear that this particular teaching does not make good sense to the Catholic people (including theologians) as it does not fit with their lived experience. I believe we’re seeing the same situation emerging (blossoming, actually) around the issue of homosexuality and gay rights – including gay marriage rights. DeLuka's article examines this emergence.

. . . While many non-Catholic Americans may take the political position put forward by the bishops as the final word in American Catholic life, progressive Catholic thinkers and theologians say it is time for the church to step back from political arguments about same-sex marriage, and reconsider its own position.

Among the theologians who say the bishops are in the wrong is Paul Lakeland, a professor of religion and director of the Center for Catholic Studies at Fairfield University, a Catholic university in Connecticut. “That’s not really an argument that has a theological justification,” Lakeland said of the church’s opposition to same-sex civil marriages. “It’s an argument that’s based more on fear or repugnance.”

“There is a lot more to be said about these issues than one stream of words from the hierarchy,” Lakeland said.

The USCCB’s most recent public pronouncement on the issue of same-sex marriage was a statement released Thursday in which the bishops expressed their approval of a vote in North Carolina in which citizens passed a constitutional amendment to define marriage as between a man and a woman. “This is not a partisan issue, but a matter of justice, fairness, and equality for the law to uphold every child’s basic right to be welcomed and raised by his or her mother and father together,” Bishop Salvatore Cordileone, chairman of the USCCB’s subcommittee on the Promotion and Defense of Marriage, said in the statement.

. . . Cordileone’s position is dead wrong, says Daniel Maguire, a theologian and Marquette University professor who has written on church teaching and sexuality. Maguire said the interpretation of church teaching held by [Archbishop Timothy] Dolan, Cordileone, and other bishops isn’t representative of the position held by many lay Catholics and theologians.

“Archbishop Dolan and the United States Catholic Conference are misrepresenting ‘Catholic teaching,’ and are trying to present their idiosyncratic minority view as the ‘Catholic position,’ and it is not,” Maguire wrote in an email to The Daily Beast. “The bishops will stand with Dolan and the U.S. Catholic Conference, but on this issue, they are in moral schism since most in the Church have moved on [to] a more humane view on the rights of those whom God has made gay.”

“Most Catholic theologians approve of same-sex marriage and Catholics generally do not differ much from the overall population on this issue,” Maguire said.

. . . [S]cholar Frederick Parrella, a professor of theology at Santa Clara University, a Catholic institution in California . . .[says] he sees growing support for same-sex marriage among his Catholic students, and that he himself finds “nothing in the Gospels” that should lead the church to oppose its legalization.

And Parrella, like Lakeland, said there are good theological arguments to not just allow same-sex civil marriages, but also to support same-sex unions in the church. . . . The [hierarchy] doesn’t need to change its own teaching to learn a lesson about keeping its unresolved disputes out of the public sphere, however, Lakeland said. “If the church would just stay away from the issue of civil marriage, that would be something,” he said. “As far as civil marriage is concerned, what the [hierarchy] should be saying is, ‘It’s none of our business.’”

Recommended Off-site Link:
The Call of the Baptized: Be the Church, Live the Mission – Paul Lakeland (The Progressive Catholic Voice, September 19, 2010).