Beyond the Hierarchy: The Blossoming of Liberating Catholic Insights on Sexuality (Part 7) 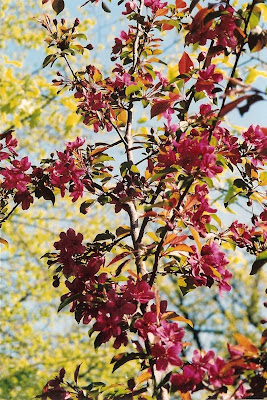 In the previous installments of this series I've focused on the writings of Catholic theologians so as to highlight the liberating insights on sexuality that are emerging and “blossoming” beyond the Vatican. This evening, however, I turn to the medium of film to illuminate these liberating insights, and to one film in particular: Ben Lewin's The Sessions. 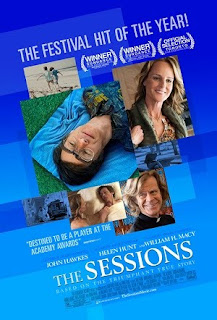 A helpful way to highlight how this film both conveys and illuminates liberating insights on sexuality (insights that are beyond the range of thinking and feeling of the majority of those males who comprise the hierarchy of the Roman Catholic Church), is to share John Townsend's review of The Sessions published in the November 15 issue of Lavender magazine.

I say the majority who comprise the hierarchy as there are some brave individuals within this profoundly dysfunctional system who are open to the presence of the sacred beyond the narrow and limiting confines dictated by the church's 'official' sexual theology. The Sessions features a depiction of one such priest. (For another example, see Jeremy Sisto's portrayal of the young Father John Buerlein in Patrick Coyle's 2009 film, Into Temptation.)

Following, with added images and links, is John Townsend's review of The Sessions. 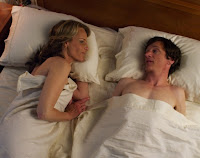 There are few films in all of cinema that approach the healing power of The Sessions. Perhaps no film has so guilelessy defied cultural mandates that explicit sexuality must be automatically shamed. Its source: Mark O’Brien’s autobiographical essay, "On Seeing A Sex Surrogate." And though it will be said over and again, I submit that John Hawkes and Helen Hunt give consummately noble, historic, and Oscar-worthy portrayals. Moreover, what in other hands would have been tragic becomes a transcendentally expansive and thrilling film experience that could actually shift your perception of reality.

Through Ben Lewin’s sensitive direction and screenwriting, Geoffrey Simpson’s intimate cinematography, Lisa Bromwell’s deft editing, and Marco Beltrami’s exquisite score, nothing short of a milestone film has emerged that rejects out-of-hand the asexual stereotype of persons with disabilities. Instead, it integrates their sexual expression as a vital part of healthy living. A splendidly radical notion. 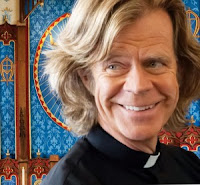 In one of the finest performances of his superlative career, William H. Macy reveals sublime nuance as Mark’s priest and pal. He embodies society’s conflict of sex as immoral v. natural, and the film’s overall view implies that sex is actually a profound healing force. This shattering insight is understood by the entire major supporting cast, mostly female. They are fabulous, brave, and compassionate. The Sessions comes closer to settling the spirit v. the flesh issue of the major western religions – Judaism, Christianity, and Islam – than perhaps any work of art ever. If everyone was required to see it, there would be a cultural shift away from sexual shame.