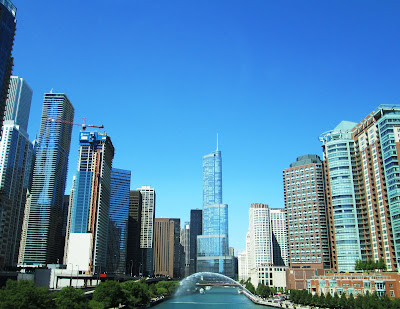 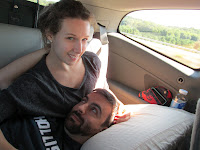 I share today a few more images from my recent visit to Chicago. (To start at the beginning of this series, click here).

One of the best things about the whole trip was that it was shared with some wonderful friends of mine, including Liana and Curtis (pictured at left), Phil, and Liana and Phil's parents John and Noelle. 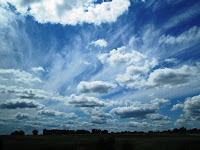 Right: The cloud formations we saw while driving from the Twin Cities to Chicago on Friday, August 10 were quite something! 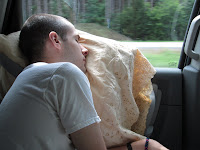 Left: Hey, wake up, Philly! We're almost there! (Actually, this photo was taken on the journey home.) 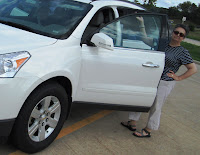 Right: Noelle beside the rental vehicle that took us to Chicago and back! 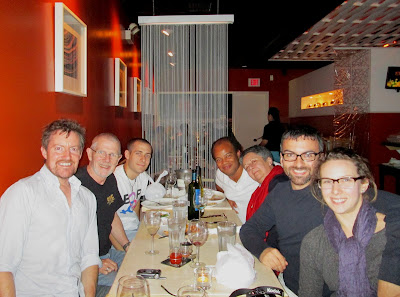 As I documented in Part I, one of the first things we did upon arrival in Chicago was to visit Thorndale Avenue Beach, located walking distance from the home of our friend Nate, with whom we stayed while in Chicago. Later that night we all enjoyed a meal at a nearby Thai restaurant. Pictured above from left: me, John, Phil, Nate, Noelle, Curtis and Liana. 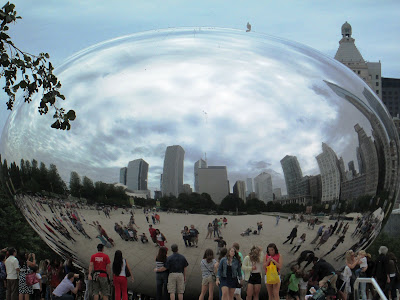 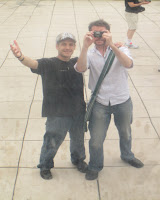 Much of Saturday was spent at the Museum of Science and Industry (see Part II). On Sunday we visited Millennium Park in the downtown area of Chicago.

Above: A popular feature of Millennium Park is “Cloud Gate,” artist Anish Kapoor’s intriguing 110-ton, highly polished steel monolith popularly referred to as “The Bean” – although from this angle it looks more like the cosmic egg of Doris Lessing's Memoirs of a Survivor. Well, that's how I like to think of it at least! 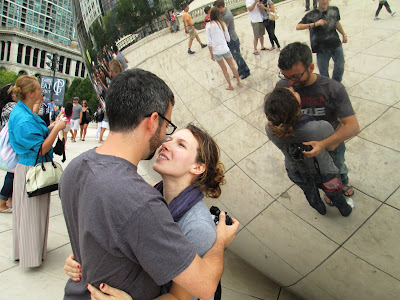 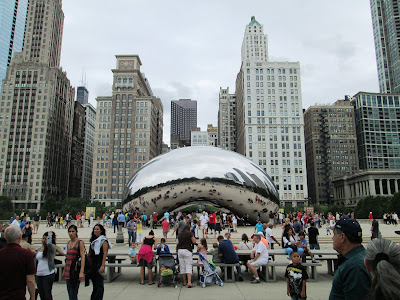 For more photos and commentary on "Cloud Gate," see my April 2008 post, Chicago. 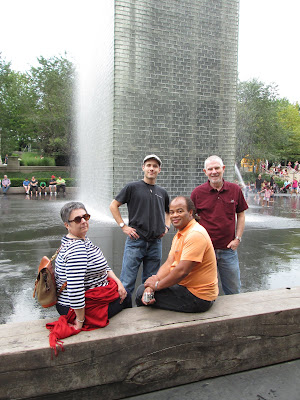 Other features of Chicago's Millenium Park include the impressive interactive work of public art and video sculpture known as Crown Fountain (above) and the beautiful 2.5-acre (10,000 m2) Lurie Garden (below). 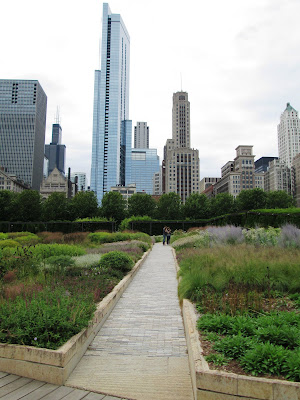 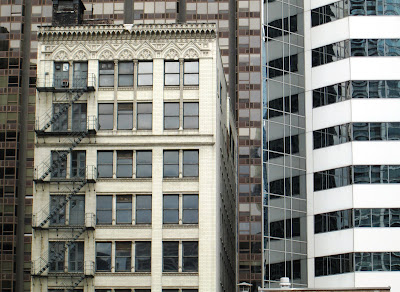 Above and below: Chicago sights! 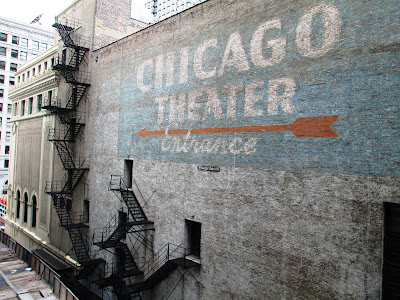 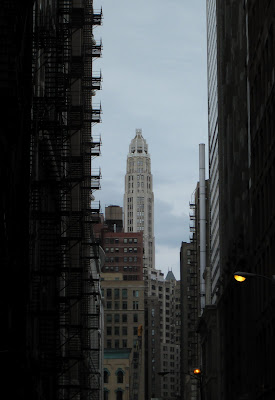