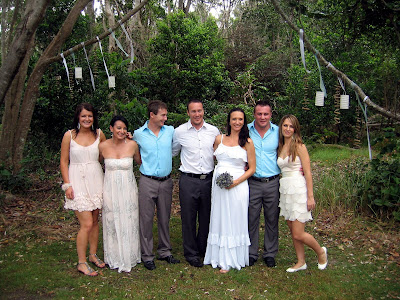 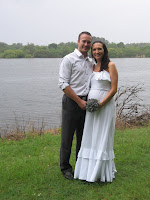 As I mentioned previously, I recently attended the wedding of my friends Jeremiah and Kristy in the coastal town of Kingscliff, New South Wales.

I have to say that it was one of the most beautiful and inspiring weddings I've ever attended. Everything from the bushland setting to the vows that Jeremiah and Kristy declared to one another was memorable – and often quite moving.

I was honored to be asked to select and recite a reading as part of the wedding ceremony. I share today this reading along with images of Jeremiah and Kristy's beautiful bushland wedding – beginning below with a few pictures of where we stayed while in Kingscliff and of when I helped Jeremiah and his brothers, Raph and Ig, prepare the area of bushland where the ceremony took place. 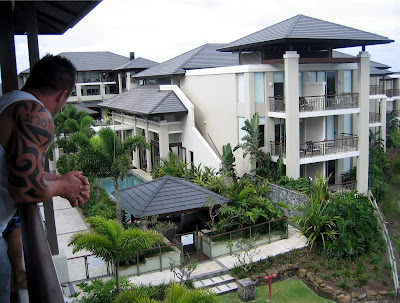 Above: Ig checks out the view of Santai Resort where we and many of the other wedding guests stayed. 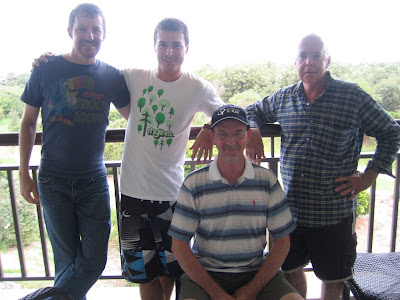 Above: Along with Ig, my "roommates" at the resort included Ig's brother Raph, the boys' father Mike, and Mike's brother Bartley. 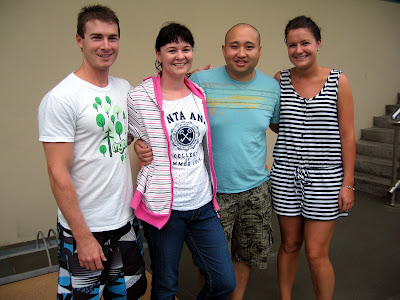 Above: Raph with his sisters Tess and Dom, and Tess' husband Victor. 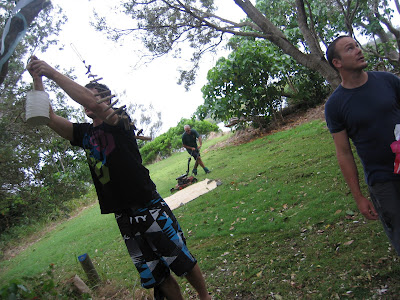 Above and below: The morning of the wedding saw Jeremiah, Raph, Ig and I up bright and early preparing the area of bushland in which the ceremony would take place. The guy mowing the grass was a complete stranger who, when out walking with his wife, asked us what we were up to and then returned half-an-hour later with his mower! 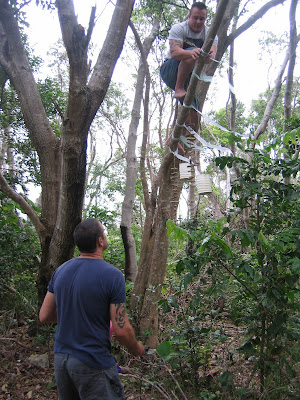 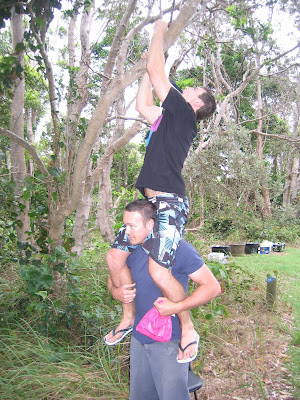 Above and below: Making sure folks know where to go! 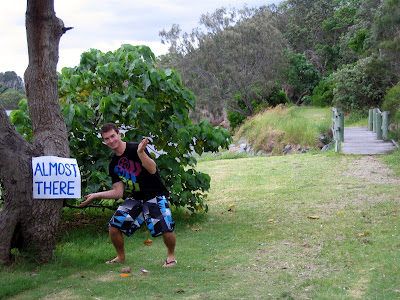 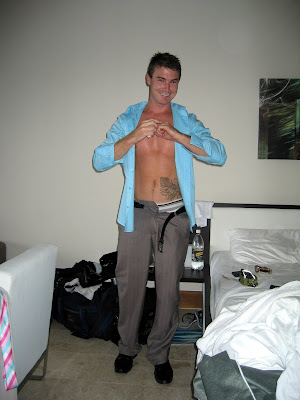 Above: Raph, back at the resort and getting ready for his brother's wedding. 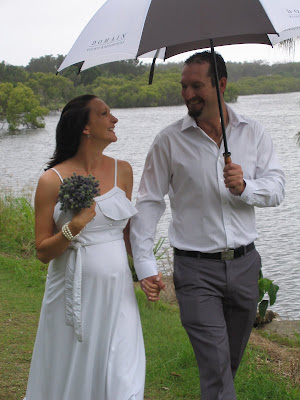 Above: Kristy and her brother arrive at the ceremony. 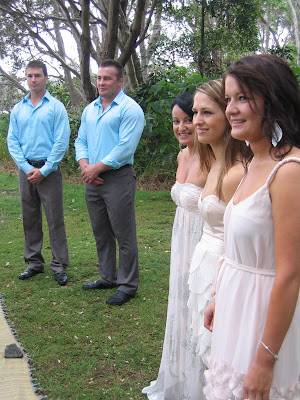 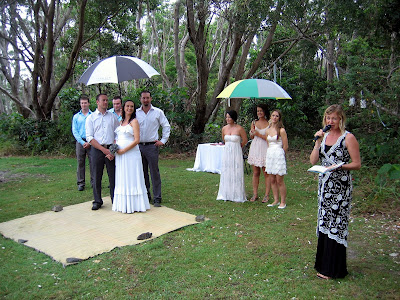 Above and below: Not even a brief shower of rain could spoil the special beauty of the day. Indeed, it seemed to add to it! 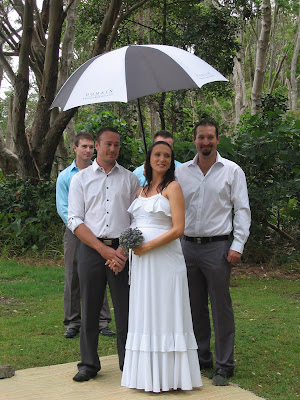 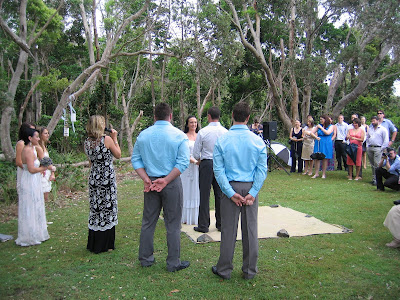 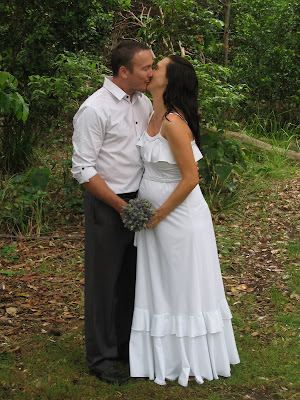 The Art of a Good Marriage

A good marriage must be created.

In marriage the little things are the big things . . .

It is never being too old to hold hands,

It is remembering to say "I love you" at least once a day,

It is never going to sleep angry,

It is having a mutual sense of values and common objectives,

It is standing together and facing the world,

It is forming a circle of love that gathers in the whole family,

It is speaking words of appreciation and demonstrating gratitude in thoughtful ways,

It is having the capacity to forgive and forget,

It is giving each other an atmosphere in which each can grow,

It is a common search for the good and the beautiful, 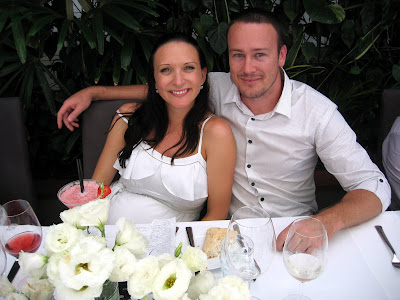 Above: The lovely couple at their wedding reception at Fins Restaurant, Kingscliff. 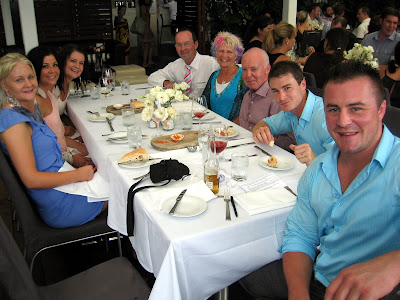 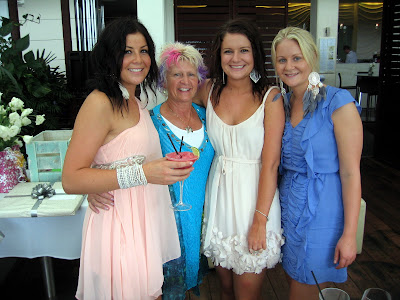 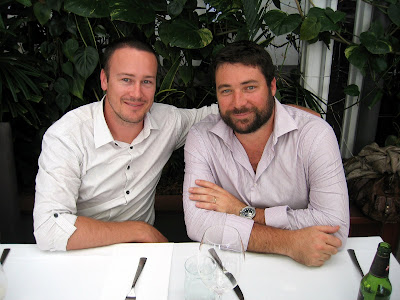 Above: Jeremiah and Garth. 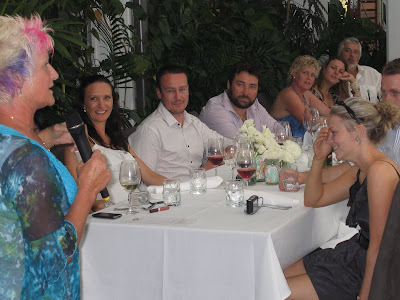 Above: The mother of the groom shares a few words. 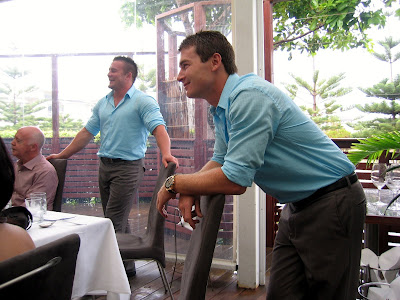 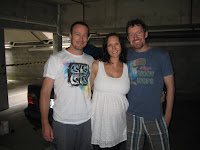 Above: Iggy and Raph.


Left: With the happy couple on the day after their wedding. Later that afternoon I returned to Jeremiah's parents' place in Maclean with Mike, Bernie, Bartley, Raph, Ig and Mim. A few days later the Clarence River flooded, stranding us in the town for almost a week. For images and commentary of our time "under siege," see the series of Wild Reed posts that start here.

Thanks for sharing the beautiful pictures. I love the Australian scenery. Isn't it funny, I can't remember the last day that I went without talking (over the net at least) to someone from Australia. My how the world seems to have grown smaller.