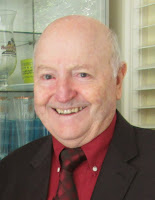 I've said it before but it's worth saying again: My brothers and I are very fortunate to have Gordon James Bayly as our father. He is a man of integrity, compassion, and selfless service to others. We experienced and witnessed such qualities growing up in Gunnedah, and they are qualities that are still very much part of our father today.

I love you, Dad, and can’t thank you enough for all you continue to be and give to me, my brothers, our family, and so many others whose lives are touched by yours. 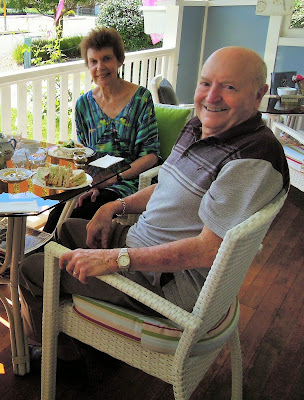 Above: A picture of Dad and Mum that I took during
my recent Australia sojourn of March 2015.

For some great photos of Dad through the years, click here and here.

Here are a few more pics from the Bayly family archives . . . 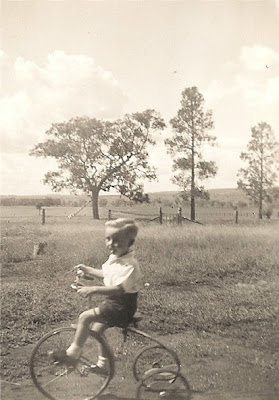 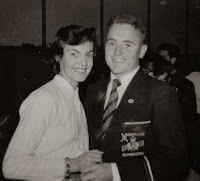 Above: Dad as a young boy. He's pictured riding his tricycle at “Flodden,” his mother’s family farm in the Purlewaugh district of northwestern New South Wales, Australia.


Left: Mum and Dad, early in their courtship, in Gunnedah in the mid-1950s. Dad is in his band uniform. 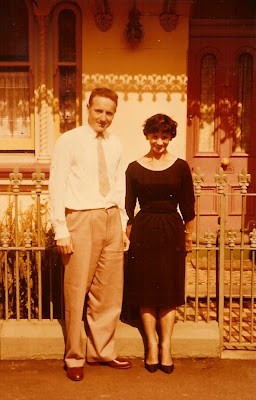 Above: Dad with Aunty Phyllis in Sydney in the late 1950s. For more about Phyllis, click here and here. 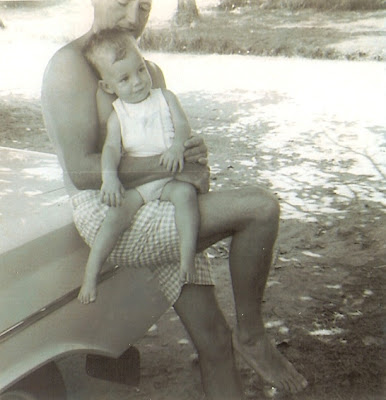 Above: Dad holding me as an infant. This photo was taken during a family holiday at The Entrance in the Australian summer of 1966/67. 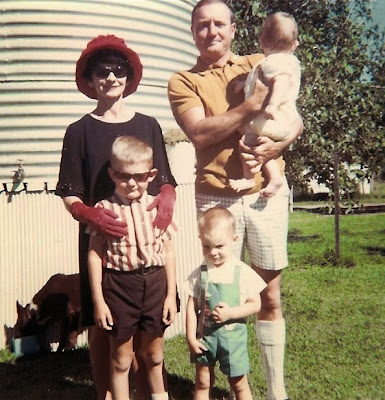 Above: Dad and Aunty Phyllis with my brothers and I in the late 1960s. From left: Phyllis, Chris, me, and Dad, holding Tim. 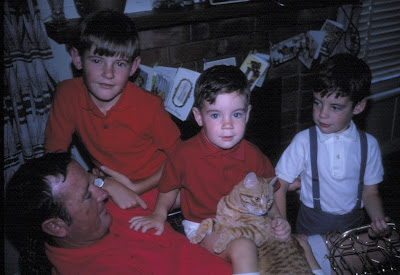 Above: My brothers (from left, Chris and Tim) and I with Dad. This photo was taken at Christmas 1970 at the home of our family friends Ray and Gwen Riordan and their three daughters, Denise, Wendy, and Diane. The Riordans owned a property called “Fairview” in the Kelvin district, about 20 kilometres northeast of Gunnedah. While growing up, my brothers and I spent some very happy times out at Fairview – playing tennis, riding our mini-bikes, and hiking through the nearby Kelvin Hills. 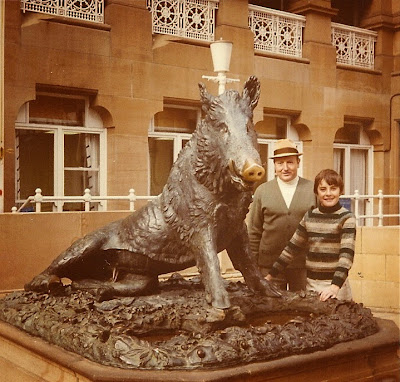 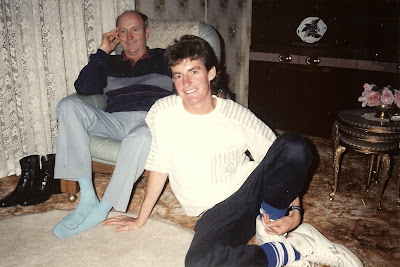 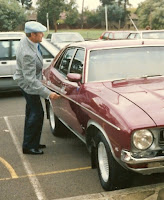 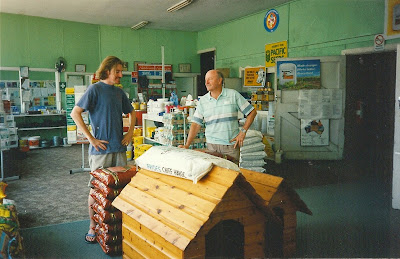 Above: With Dad in the business he owned and operated for 30+ years in our hometown of Gunnedah. I'm thinking this photo was taken in the summer of 1998-1999, when I was visiting from the U.S. Dad retired in 2001 and he and Mum relocated to Port Macquaire the next year.

Dad's business was (and continues to be) called Gordon Barry and Company, after its founder, grain merchant and stock and station agent Gordon Barry. It sells a range of rural merchandise such as crop seed (wheat, barley, sorghum, millet, and sunflower), fertilizers, farm animal feed . . . and dog kennels! Dad also oversaw the cartage of grain during the harvest season. For many years, one of Dad's two business partners in the company, Pat Smith, dealt with the sale of livestock and real estate. 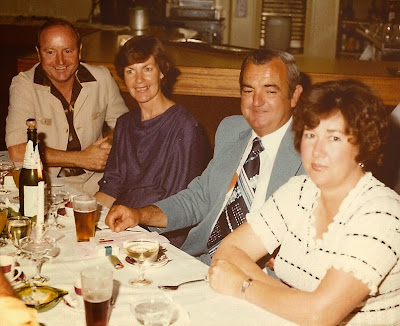 Above: Dad and Mum with Dad's business partner Pat Smith and his wife. Judging by the clothes and hairstyles, this photo was probably taken in the late-1970s. 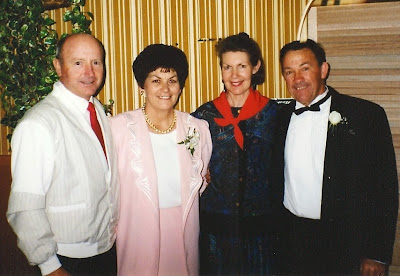 Above: Dad and Mum with their good friends John and Heather Sills – Gunnedah, 1990. 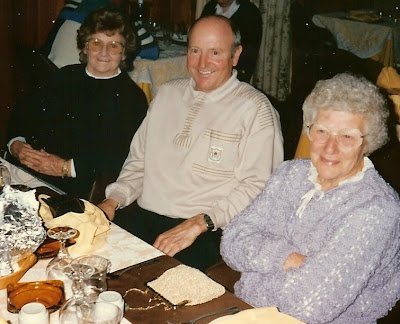 Above: Dad in 1991 with his mother, Belle Smith (left), and his mother-in-law, Olive Sparkes. 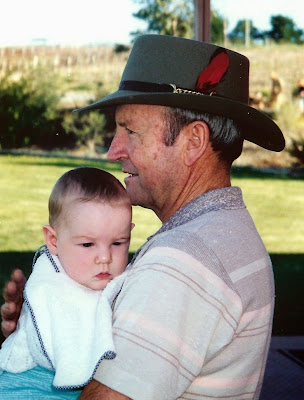 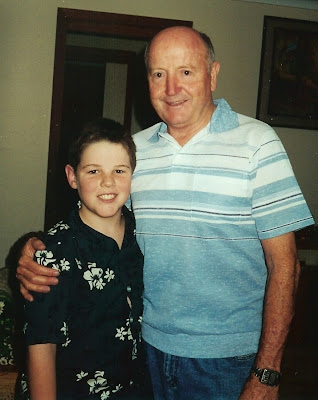 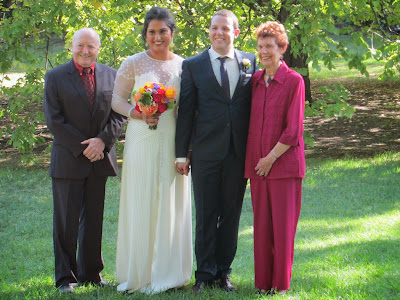 Above: Dad and Mum at the March 15, 2015 wedding of Ryan and his wife Farah. For more images of this special day, click here. 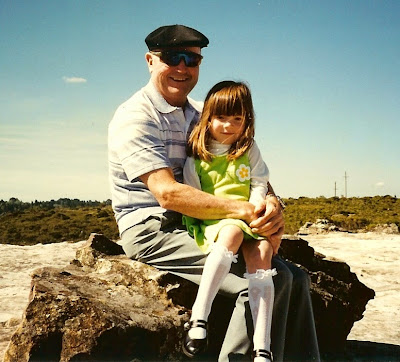 Above: Dad with his granddaughter Layne – Katoomba, 1996. 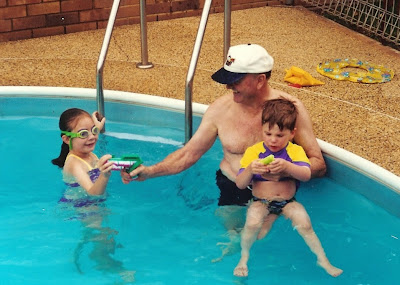 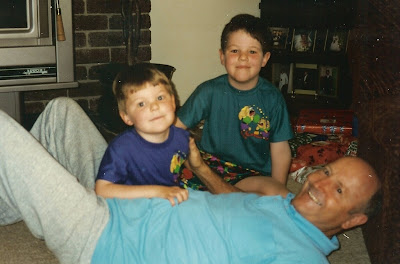 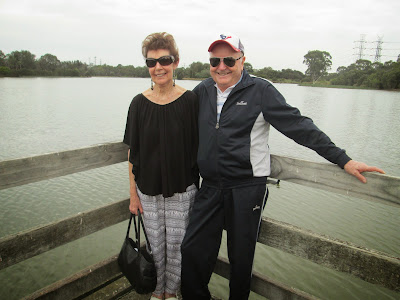 Above: Mum and Dad in Melbourne – March 2015. For more images of our family's time together in Melbourne, click here. 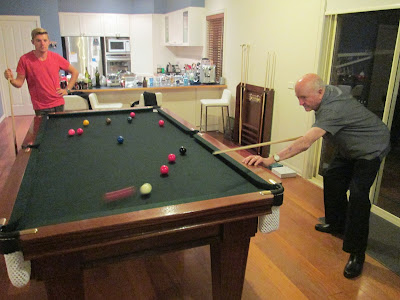 Above: Dad at a rest stop in the mountains between Port Macquarie and our family's hometown of Gunnedah – Wednesday, March 24, 2015.

Oh, Gordon, congratulations! I hope this year is filled with many blessings. I so enjoyed spending time with you during my visit.

Yes, Mr. Bayly, happy birthday! Thank you for sharing your enlightened son with us in the land of 10,000 lakes.

Thanks for all the greetings. Thank you, Michael for the memories on 'The Wild Reed.' Love you!