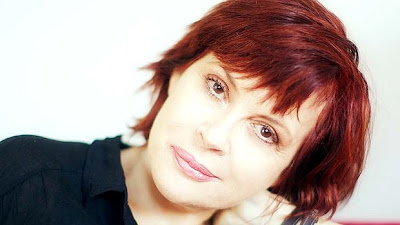 For 'music night' this evening at The Wild Reed I celebrate the life and music of Australian rocker Chrissy Amphlett, who died this past Monday, aged 53, after a long struggle with both multiple sclerosis and breast cancer. My previous post, Divinyls' Chrissy Amphlett: She'll "Deal With It", is currently The Wild Reed's most popular post.

Following, with added images and links, is an article by the Australian Broadcasting Corporation's Monique Ross on the death of Chrissy Amphlett.

Australian rock legend Chrissy Amphlett, best known as the singer of the Divinyls, has died in New York aged 53. The charismatic frontwoman was surrounded by family and friends at her home when she died on Monday morning.

Her husband of 14 years, former Divinyls drummer Charley Drayton, says Amphlett died of breast cancer and multiple sclerosis. In a statement released by ARIA, he added she had fought the diseases with "exceptional bravery and dignity".

"Chrissy's light burns so very brightly. Hers was a life of passion and creativity; she always lived it to the fullest," the statement said. "With her force of character and vocal strength she paved the way for strong, sexy, outspoken women."

Christine Joy Amphlett was born in Geelong, Victoria, in 1959. She gained fans for her energetic performances, complete with a signature outfit of a school uniform and fishnet stockings.

Amphlett revealed her fight against multiple sclerosis in 2007 and in 2010 announced she had breast cancer. In March this year she shared an insight into her health troubles via her official Facebook page.

"Unfortunately the last 18 months have been a real challenge for me having breast cancer and MS and all the new places that will take you," she wrote. "You become sadly a patient in a world of waiting rooms, waiting sometimes hours for a result or an appointment.

"You spend a lot time in cold machines... hospital beds, on your knees praying for miracles, operating rooms, tests after tests, looking at healthy people skip down the street like you once did and you took it all for granted and now wish you could do that.

"I have not stopped singing throughout all this in my dreams and to be once again performing and doing what I love to do." 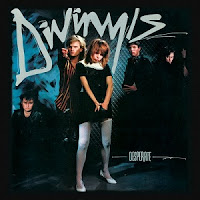 Amphlett formed the Divinyls with Jeremy Paul after meeting guitarist Mark McEntee at the Sydney Opera House in the early 1980s.

"She was courageous, she was original, she was a great poet. She had an incredible voice that was instantly recognisable, and she was, underneath all that, delicate," McEntee said.

Despite an ever-changing line-up, the band released six albums between 1982 and 1996. The 1991 single "I Touch Myself" marked the group's highest point. The song reached number one on Australian charts and also found success in the US and UK. 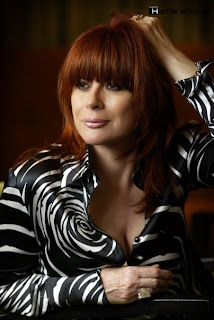 "Everybody has always seen it in one way, but I see the beauty of this song," Amphlett said of the song while speaking to Enough Rope host Andrew Denton in 2006. "It's about both of those sides, our higher self and our lower self and our sexuality and everything."

"Chrissy expressed hope that her worldwide hit "I Touch Myself" would remind women to perform annual breast examinations," he said in a statement. "Chrissy was a true pioneer and a treasure to all whose lives her music and spirit touched." . . .

To read Monique Ross' article in its entirety, click here.


When I was in my late teens and early twenties in Australia, the Divinyls' What a Life! (1985) was one of my favorite albums. Its opening track, "Pleasure and Pain" is an Australian rock classic! It's also the title of Amphlett's 2005 autobiography. Here's the music video for "Pleasure and Pain" . . . 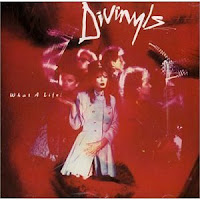 Another great track from What a Life! is "Old Radios," which, for some strange reason, never made it to the U.S. version of the album! You can hear it, however, by clicking here.


I conclude this special post by sharing Chloe Angyal's insightful tribute to Chrissy Amphlett, one that focuses on the cultural significance of her "pleasure anthem," the 1991 hit "I Touch Myself." 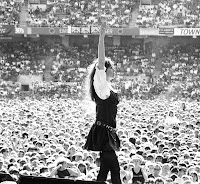 Decades before Britney Spears danced through the hallways of a high school in a little plaid skirt, Chrissy Amphlett was making a scene on stage in a school uniform and fishnet stockings. Long before Rihanna sang about the appeals of S&M, Amphlett was crooning about the fine line between pleasure and pain, asking us to please not ask her how she’s been getting off. And years before rappers like Missy Elliott and Nicki Minaj were rhyming about taking their sexual pleasure into their own hands, Amphlett was serenading the object of her affection with “when I think about you, I touch myself.”

Amphlett, the lead singer of Divinyls, one of Australia’s best-loved rock bands, died in New York City yesterday after a long battle with cancer and multiple sclerosis. She was 53.

Growing up in Australia in the 1990s, I heard a lot of Divinyls music, most of it in the car. My parents had raised us – my sister and me – on classical music and Gilbert and Sullivan operettas, and didn’t expose us to much pop music (though my mother did teach me the names of the fifty United States with the aid of “California Girls”). When I was 6 or 7, though, they hired a new nanny, one who had very different tastes in music. She listened to rock, and so whenever she and my sister and I were in the car, the radio was tuned to Sydney’s rock station. New names entered my vocabulary: Bon Jovi, Cold Chisel, Screaming Jets, Midnight Oil, AC/DC, INXS. I wasn’t terribly good at distinguishing these bands – they all sounded the same to my young and uninitiated ears, and I took to simply asking, “Is this Cold Chisel?” every time a song came on, much to my sister’s irritation. But I never had any trouble identifying Divinyls, partly because Amphlett’s was one of the few women’s voices you could hear on rock radio in the mid-nineties. 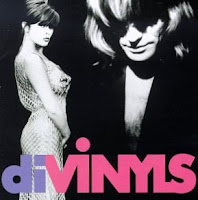 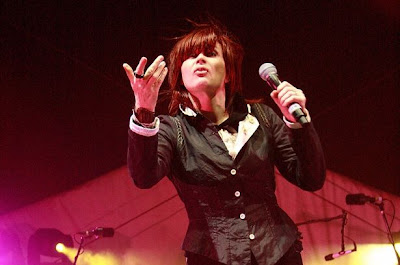