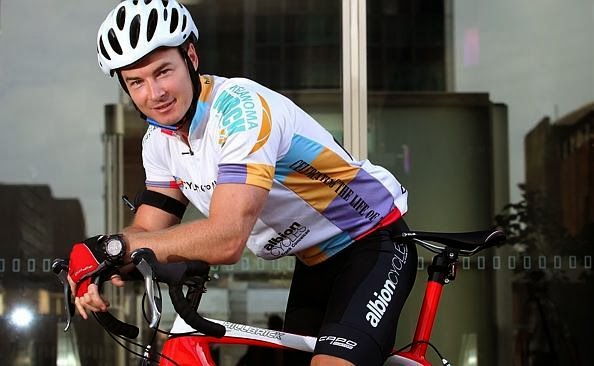 I return from my blogging hiatus to give a shout-out to my good friend Raphael McGowan who today in Australia begins an epic 1900 km bike ride from Adelaide to Sydney. 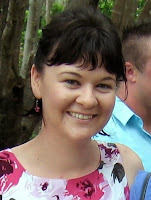 Raph is set to arrive in Sydney's Centennial Park on March 21. Accordingly, he is calling his ride "Cycling to March." He's undertaking it to honor his sister Tess (pictured at right in 2011) and to raise awareness and money for melanoma education, research, and a cure for this particular type of skin cancer that claims far too many young lives in Australia. Tess was just 30 when she died of the disease in June of 2012.

I’ve stayed good friends with all the members of the McGowan family ever since our time together in Goulburn, and I always try to catch up with as many of them as possible whenever I visit Australia from the U.S. (See, for example, the previous Wild Reed posts: Travelin’ South (Part II), Return to Wagga, Travelin’ North, Newtown, Return to Ellenborough Falls, Brisbane and the Sunshine Coast, A Day Roving the Mid North Coast, A Bushland Wedding, Angourie, and Yaegl Country). In January of 2011, rising flood waters stranded Raph and I and members of his family in the Australian town of Maclean, an experience I document starting here. 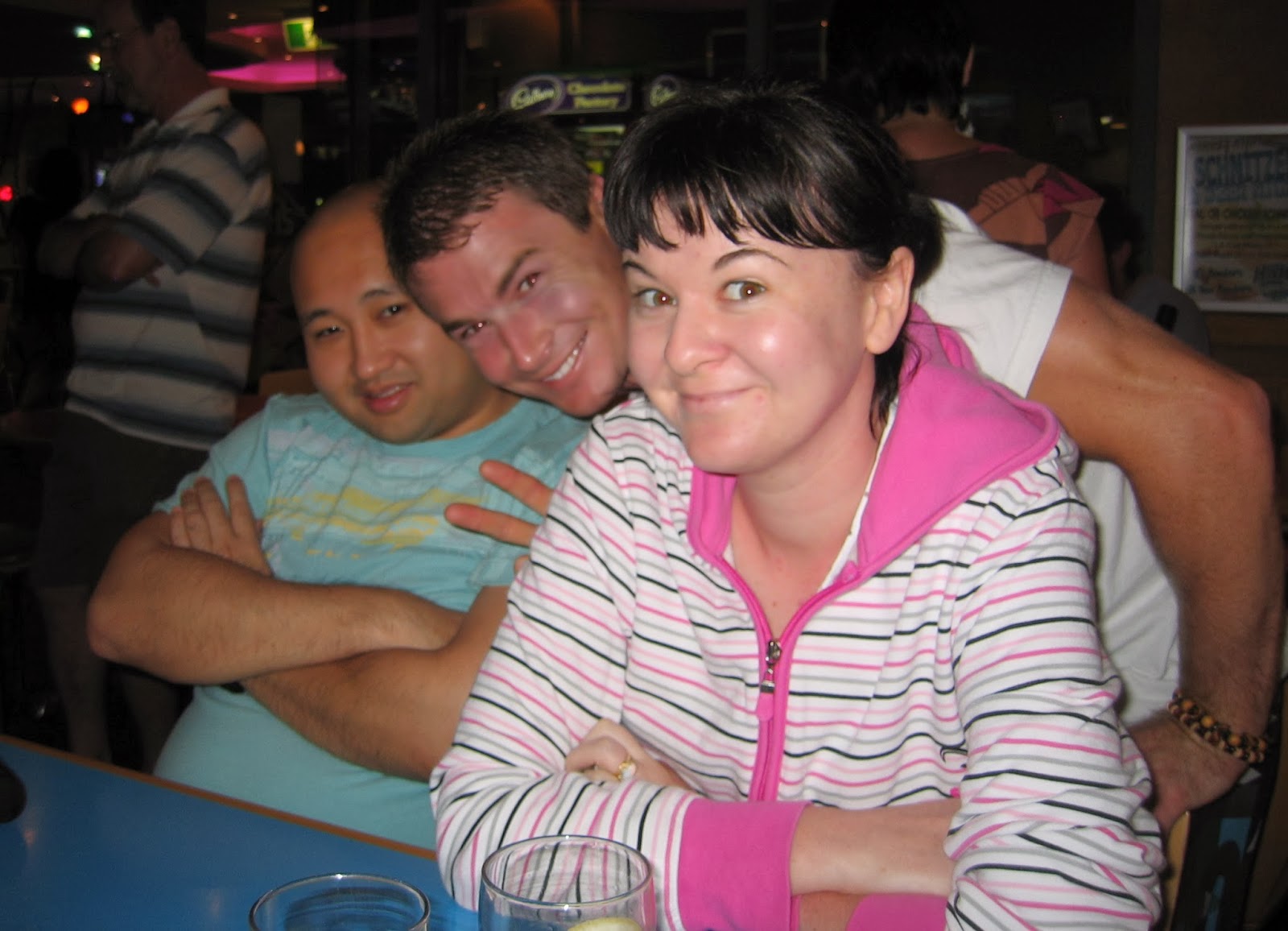 Above: Raph with his sister Tess and her husband Victor
– Kingscliff, Australia, January 2011.

Back in 2004, Raph came and stayed with me in the Twin Cities for four months. We had a great time – visiting Minnesota’s North Shore; taking a train trip to Washington, D.C; and flying out to San Francisco (left). This last highlight was a gift from Raph; his way of saying 'thank you' to me for hosting him during his stay in Minnesota. Yes, that's the kind of thoughtful and generous guy he is.

Raph was back in the States in 2011, cycling the Trans-America Trail with two friends. This trip was cut short, however, when Raph received news of his sister Tess's melanoma diagnosis. He returned to Australia via Minnesota in October of 2011.

I returned to Australia for two weeks in April-May of 2012 so as to visit Tess and her family. Tess died a little over a month later.

In an article in today's Adelaide Advertiser it's noted that Raph decided to "help Tess’s friends and family in their grieving process by doing something to honour his sister, while at the same time raising money and awareness to fight melanoma which kills more than 1500 Australians each year." His inspiring "Cycling to March" is that "something."

You can follow Raph's journey and make a donation to the cause he's championing by clicking here.


Raph will begin each day of his 24-day trek by sharing on the Cycling to March website a message, a video, and a song. The song for Day One is Imperial Teen's "Runaway"!

I'm sorry to say that for the duration of Raph's adventure I'll be stuck in the ice and snow of one of the coldest winters in quite some time in Minnesota! But for sure I'll be following his travels online and I wish him all the best throughout his journey, one that is truly both epic and inspiring.

I also believe that because of the thoughtfulness, the intentionality with which Raph imbues this undertaking, his journey will also be a holy one – and thus a transforming one. In many ways Cycling to March is a pilgrimage, a sacred journey that has the potential to transform not only those who participate in it but also those who witness it – even if it's simply by hearing and/or reading about it. I know too that in many very special and beautiful ways, Tess will be with Raph and all who accompany him on this journey. 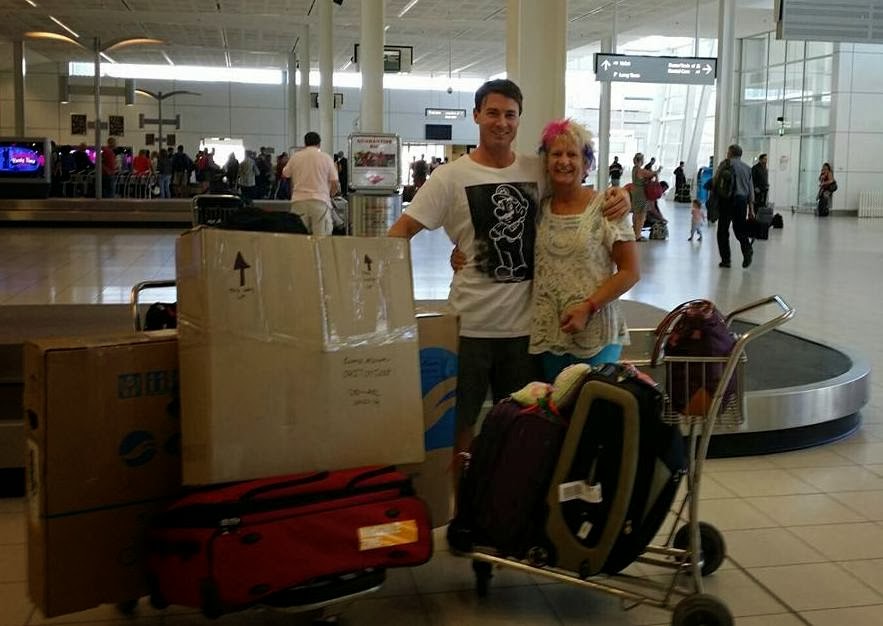 Above: Raph and his mum (and support driver) Bernie arrive in Adelaide
– February 23, 2014. 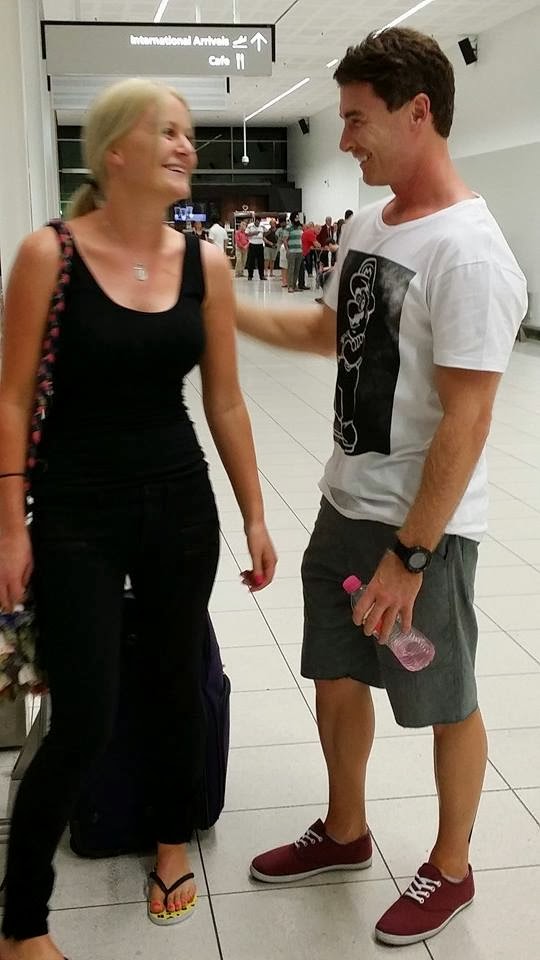 Above: The arrival in Adelaide of Raph's second support driver, his sister Mim. Toyota Australia has provided two vehicles to Raph's Cycling to March venture. 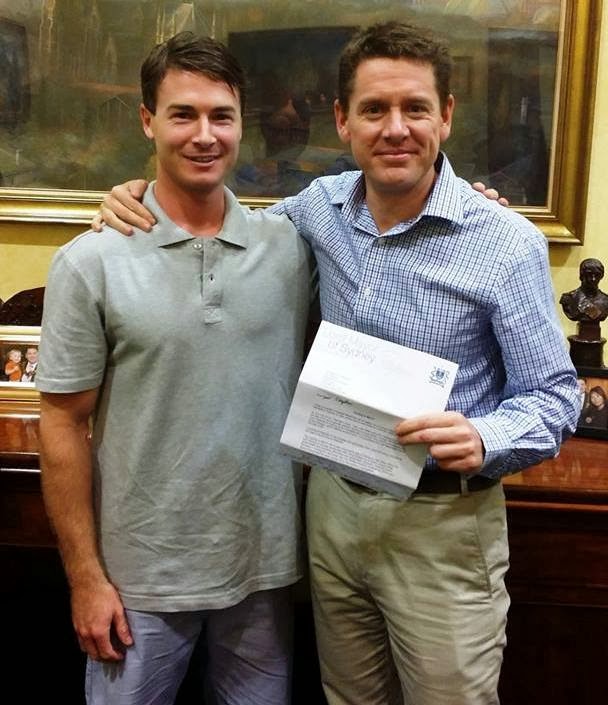 Above: On the eve of his 1900 km bike ride from Adelaide to Sydney, Raph met with Adelaide Lord Mayor Stephen Yarwood. 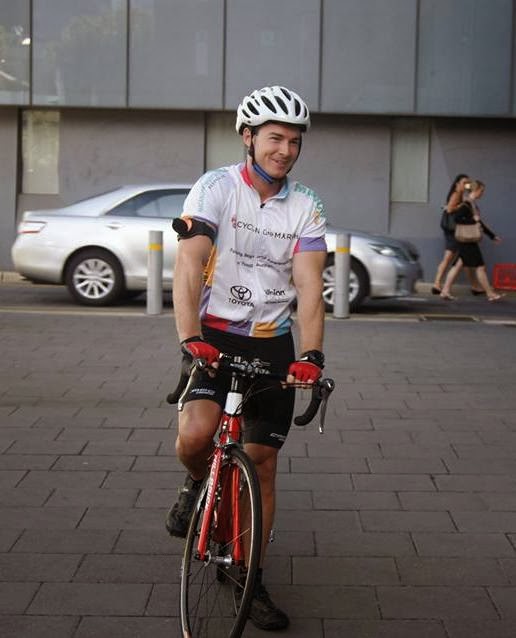 I conclude this post by sharing the following article from today's Adelaide Advertiser about Raph's ride.

By Reece Homfray
The Advertiser
February 25, 2014

Raphael McGowan was cycling half-way across the United States in 2011 when he got a phone call from his family saying his older sister Tess had been diagnosed with melanoma.

“Her husband noticed a mole on her back and she had it removed but the doctors said it (the cancer) may spread and she could have chemotherapy,” Raphael said.

“But she was three months pregnant at the time and decided she would wait.

“The baby (Mabel) was born healthy and Tess went in a week later but the doctors told her the cancer had spread to her vital organs and she had months, not years, left to live.

“She was fair skinned and quite sun conscious but ...”

Tess lost her brief battle with melanoma in June 2012 and after a difficult time for his family, Raphael - an IT consultant from Sydney - is getting back on his bike to do something about it.

He wants to help Tess’s friends and family in their grieving process by doing something to honour his sister, while at the same time raising money and awareness to fight melanoma which kills more than 1500 Australians each year.

He decided he would put his love of cycling into action by riding 1900km from Adelaide to Sydney in a bid to raise $100,000.

“It was very difficult in the beginning,” he said of his sister’s death.

“The whole family had relocated to Sydney to be with Tess, then everyone had to go back to their own lives which was tough.

“People found the more they spoke about it, it helped them, so I wanted to do something so our friends and family could remember the good times.”

At 10am today, Raphael, 30, will leave Parliament House in Adelaide and start his 24-day journey which will take him through Melbourne, regional New South Wales and on to Sydney.

The self-described “novice cyclist” isn’t a complete beginner, having ridden 7000km from coast to coast in the US in 2011.

But he says that was a very casual ride on a touring bike without a schedule to follow.

This time Rotary and Lions Clubs have promised fund-raising morning teas and cycling clubs will be waiting to greet him when he arrives in each town so he must stay the course.

Riding a custom-built road bike and with a full support team behind him, Raphael plans to average 85km a day.

“The gift of her (Tess’s) incredible voice and spirit will be in my thoughts and in my heart throughout the ride I’ve dubbed ‘Cycling to March’,” he said.

All money raised will go to the Melanoma Institute of Australia, which ran a trial in 2012 and brought Tess an extra three months of life.

To support Raphael on his ride, visit www.cyclingtomarch.com.