In Minneapolis, Rallying in Solidarity with Black Lives in Baltimore 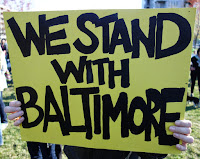 Yesterday afternoon I joined with approximately 1500 other people in a rally and march in memory of Freddie Gray and in solidarity with the people of Baltimore. The rally was held at Minneapolis' Gold Medal Park and was organized by Black Lives Matter Minneapolis.

Freddie Gray died of spinal injuries a week after his arrest in Baltimore on April 12. He was accused of making eye contact with a police lieutenant, then running away. When caught, he was arrested for possession of a switchblade. While being transported, Gray fell into a coma and was taken to a trauma center with injuries to his spinal cord and larynx. The circumstances of the injuries remain unclear. Gray's family, however, have said his spine was 80 percent severed at the neck. Six Baltimore police officers have been suspended, as it emerged they had delayed providing Gray with medical attention despite his requests. The police department, however, has denied using force against Gray. (5/1/15 Update: "Six Officers Charged in Death of Freddie Gray" – Pamela Wood and Scott Dance, The Baltimore Sun) 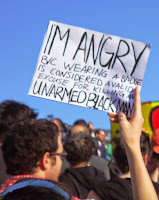 An ongoing series of protests and uprisings erupted in Baltimore this past Monday, April 27, after Gray's funeral. In response, thousands of forces, including National Guard troops, have been deployed throughout the city. Monday’s unrest led to more than 200 arrests, dozens of cars set on fire, and many buildings badly damaged.

For many, this violence diverts attention from the real issue: that the predominantly African American residents of West Baltimore have long suffered from police brutality and economic neglect.

Also, public reaction to Gray's death mirrors the response to other recent victims of police brutality nationwide, a disproportionate number of whom are African American males. 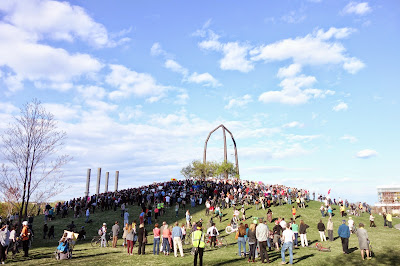 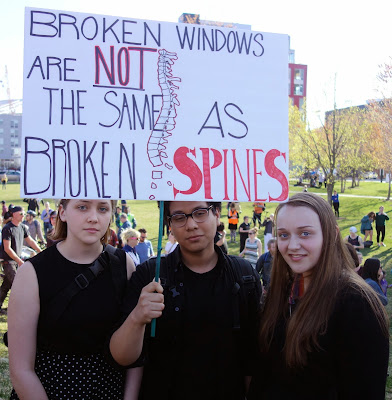 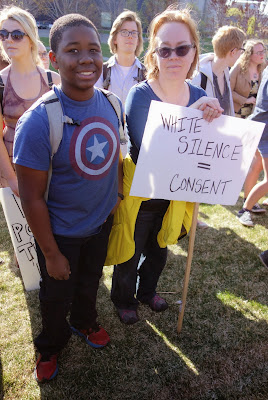 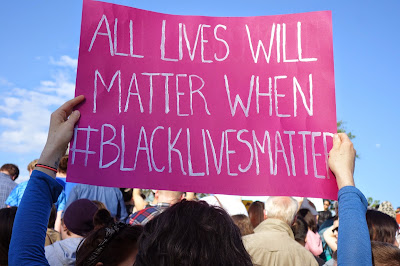 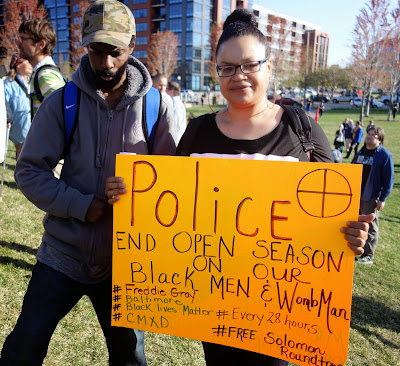 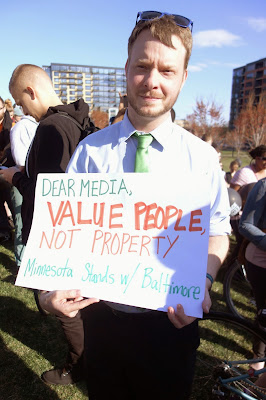 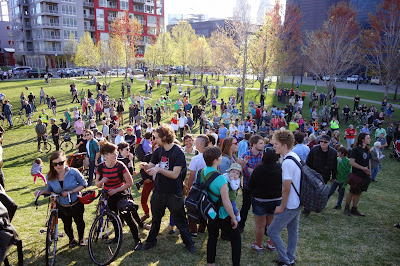 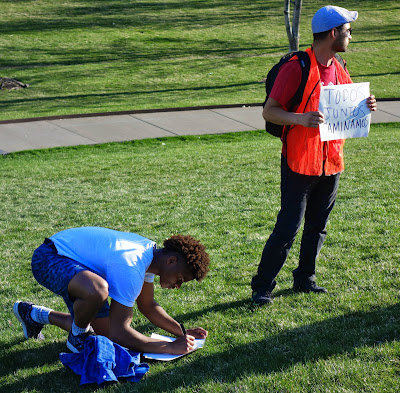 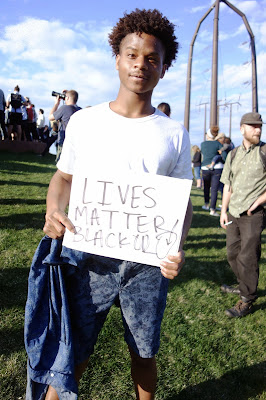 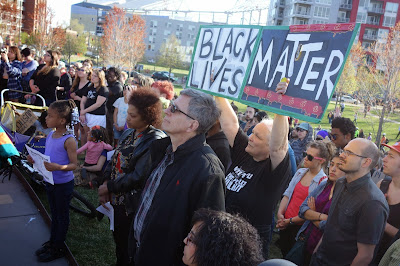 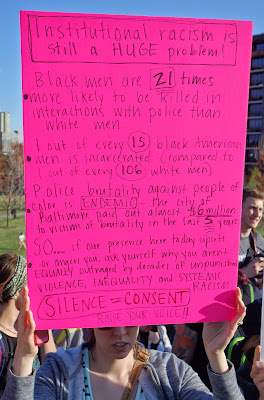 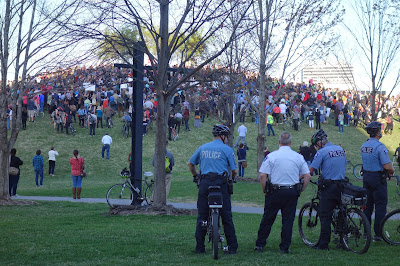 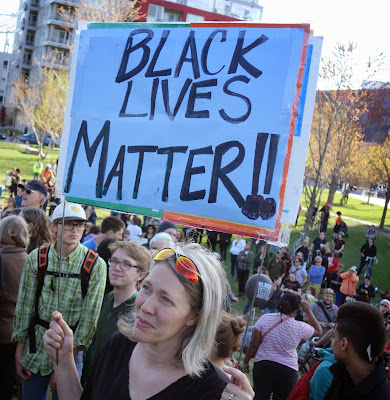 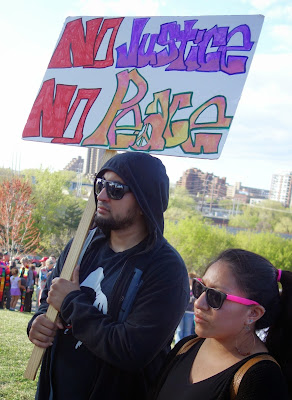 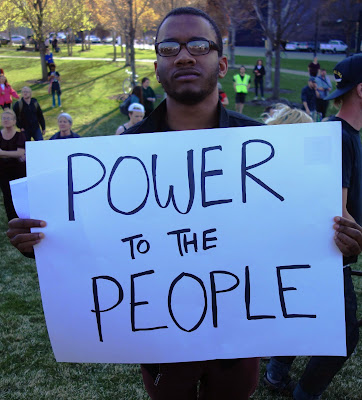 
See also the previous Wild Reed posts:
• Rallying in Solidarity with Eric Garner and Other Victims of Police Brutality
• At the Mall of America, a Necessary Disruption to "Business as Usual"