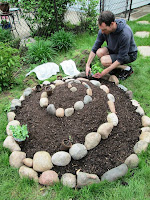 Last spring and summer I was so involved in planning and facilitating various outreach and educational efforts with fellow Catholics around the harmful 'marriage amendment' (see, for instance, here, here, and here), that I had no time to work in the garden of my home in south Minneapolis. I found this very disappointing as I greatly enjoy such work, as previous posts from my time living in St. Paul show. (See here, here, here, and here.)

This year is different, and I'm happy to report that one of the garden projects my housemate Tim and I are undertaking is the building of what's known as a herb spiral. It basically entails the planting of various herbs on a mound of earth upon which a spiral of rocks is shaped. We started work on this unique-looking herb garden in the last week of May. Progress has been slow due to all the rain we've had here in the Twin Cities. But as you'll see from these photos, it's starting to take shape!

Of course, the first part of the project involved finding and gathering some good rocks . . . 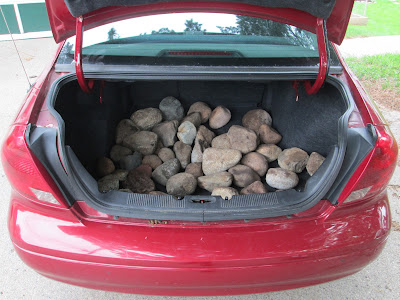 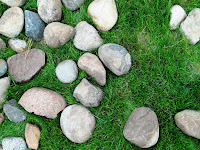 I have my friend Cheryl to thank for tipping me off to a great (and free!) source of rocks from a guy in Mendota Heights. Tim and I drove there on Sunday afternoon, May 26, and collected a number of rocks that were perfect for the job!. 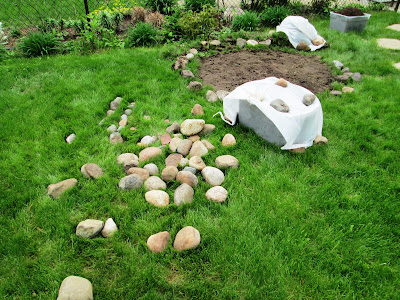 Above: Next, we cleared an area of lawn in our backyard. 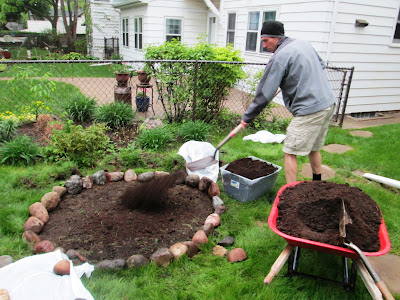 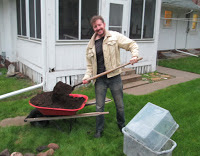 Above and right: Building the mound of the herb garden. 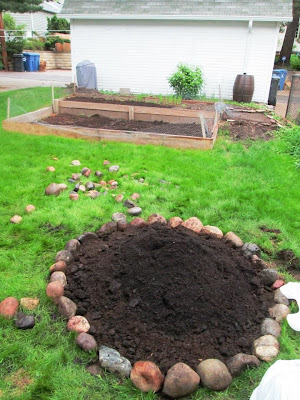 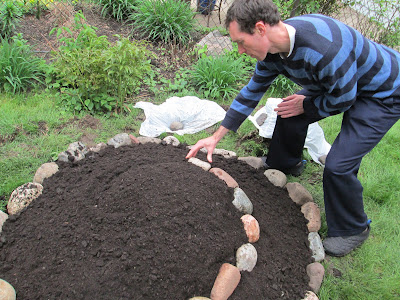 Above and below: Making the spiral. 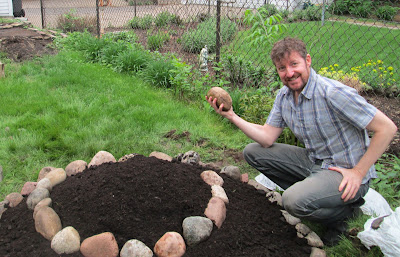 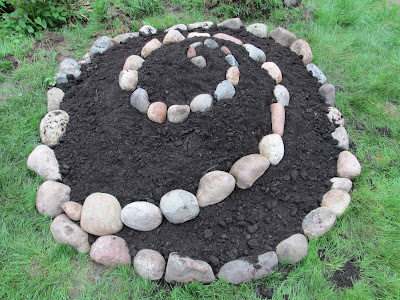 I must admit that it was the spiral design that attracted me to this particular type of herb garden. It's such a beautiful and ancient symbol, and for me it speaks powerfully of the journey inwards and to the center; the path of enlightenment, if you like. Here's what Royce and Nita at Zenibar.com remind us about the significance of the spiral.

Why is the spiral such a compelling shape? Why does it have a positive meaning for every culture that ascribes a meaning to it? Could it be because we, on this tiny planet whirling around one of 100 billion suns, can call a spiral galaxy home?

The spiral has found its way into the art of almost all cultures, from ancient primitive rock carvings on all continents to today's corporate logos. They show up in Celtic art, Native American petroglyphs, Nazca earthworks, Arabic architecture, Japanese rock gardens, Hindu spiritual texts, Australian aboriginal paintings, and African art. Surprisingly, no religious or political group has claimed exclusive rights to the spiral. It remains non-sectarian, or maybe pan-sectarian. The spiral belongs to everyone and excludes no one.

Some consider the spiral a symbol of the spiritual journey. It is also considered to represent the evolutionary process of learning and growing. It seems that life doesn't proceed in a straight line. The path of life more closely resemble a spiral. We seem to pass the same point over and over again but from a different perspective each time. To walk and then stand in the center of a spiral or labyrinth has been a psycho-spiritual exercise for centering the consciousness. The spiral stands for coming into being. 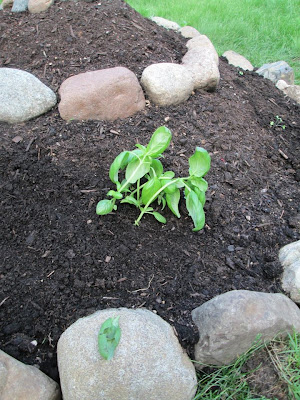 Above and below: Planting the herbs! We're putting in basil, chives, fennel, and maybe some spearmint! 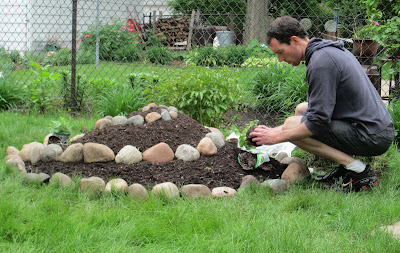 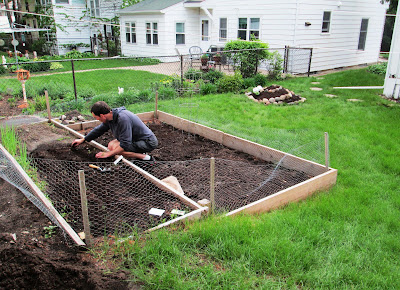