In the Garden of Spirituality: Joan Chittister 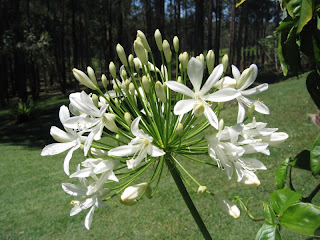 
Continuing with a series of reflections on spirituality, I offer today the thoughts of Benedictine sister Joan Chittister on the difference between religion and spirituality.


It is God that religion must be about, not itself. When religion makes itself God, it ceases to be religion.

But when religion becomes the bridge that leads to God, it stretches us to live to the limits of human possibility. It requires us to be everything we can possibly be: kind, generous, honest, loving, compassionate, just. It defines the standards of the human condition. It sets the parameters within which we direct our institutions. It provides the basis for the ethics that guide our human relationships. It sets out to enable us to be fully human beings.

. . . Religion at its best gives substance to life. Most of all, it enables us to find meaning in life. It gives purpose to the human condition. It sets the human compass toward home. It requires us to be more than we ever thought we could become. It raises our sights beyond ourselves. It sets standards for us that are above the lowest level of the self.

. . . Religion, this great treasure-house of the faith, is the history of our family heroes. It presents us with an historic stream of witnesses from every people on earth who chose the holy, in the face of rejection and ridicule, whatever the cost to themselves. They dared courage, rather than cooperation with evil. They chose love, rather than law. They stood for justice, rather than self-interest. They sought the transcendent, rather than the immediate.

Then, spirituality is the only valid answer to the cry of the soul for the kind of life that makes life possible.

. . . There is a difference between religion and spirituality. There is a link between them, of course, but one is not meant to be the other.

Religion is about what we believe and why we believe it. It is about tradition, the institution, the system. Constructed over centuries . . . religion draws for the world a portrait of creation and relationships. It gives us creeds and dogmas and definitions of God. It gathers us in worship and reminds us of a world to come.

Spirituality is about the hunger in the human heart. It seeks not only a way to exist, but a reason to exist that is beyond the biological or the institutional or even the traditional. It lifts religion up from the level of the theoretical or the mechanical to the personal. It seeks to make real the things of the spirit. It transcends rules and rituals to a concentration on meaning. It pursues in depth the mystical dimension of life that religion purports to promote.

When we develop a spiritual life that is beyond some kind of simple, unthinking attachment to an inherited canon of behaviors, the soul goes beyond adherence to a system to the growth of the soul. Spirituality seeks to transcend the functionaries of religion to achieve an intimacy of its own with the mystery of the universe. Spirituality takes religion into its own hands.

. . . Spirituality is a commitment to immersion in God, to the seeking that has no end. It is a consciousness of engrossment in God that defies convention, that lives beyond convention, that eclipses convention. Religion, the finger pointing at the moon, is not the moon. Simply keeping the rules, accepting the conventions, and loving the pomp that comes with religion will not get us there. For that we need a spirituality of search.

Excerpted from Called to Question: A Spiritual Memoir by Joan Chittister (Sheed and Ward, Oxford, 2004).

Labels: In the Garden of Spirituality, Joan Chittister