In the Garden of Spirituality: Toby Johnson 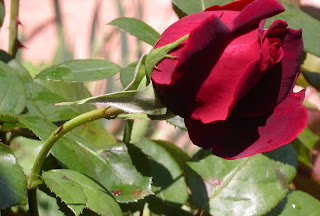 Continuing with the Wild Reed’s series of reflections on spirituality, I offer today the thoughts of former Catholic monk and comparative religious scholar-turned psychotherapist, Toby Johnson, on the spirituality of gay men.

Gay enlightenment comes, in part, from seeing the world from the perspective of an outsider. It comes also from bringing a different, less polarized, set of assumptions to the process of observing the world. And it comes, for most of us, from not being parents and thus not being caught up in rearing offspring and holding expectations for their lives. The various forms of what is called “gay spirituality” arise from – and facilitate – this enlightened stance. From this position it is possible to understand what religion is really about in the “big picture.”

Because gay people are conditioned to step outside the assumptions of society to see sexuality in a more expansive way, we are blessed – and sometimes cursed – with this vanguard vision. If we can deal with this vision successfully, we can assist everybody in understanding the real message of religion.

In fact, it is by our issues that religious people are being tested on the real message of their faith: Do they obey the commandment to love their neighbor or do they give in to prejudice and homophobia? Can religious mentality keep up with cultural change?

It is in this regard to our issues that the churches give themselves away. By appealing to homophobia, based in an outmoded view of human nature, instead of helping to cure it for everybody’s good, they show their failure to abide by the basic teachings they proclaim about love and compassion, they exemplify their inability to cope with the modern world, and they demonstrate (to us, at least) that they are not being led by divine guidance.

. . . In the last 100 years a new way of expressing and understanding sexual identity has developed among human beings. We now use words like “homosexual” and “heterosexual.” While people obviously had homosexual sex in the past and formed friendship circles and social cliques with other people like themselves, until recently only a rare few identified thereby or experienced that fact as a source of distinctive and positive personality traits. This is something new. This gives us a new perspective on life.

Gay consciousness is trained from an early age to view life from a perspective of critical distance. Gay people are skilled at seeing from over and above and outside. We can model for the rest of humanity how to understand the real wisdom of religion.

Homosexuality and religion are inextricably intertwined. The primary objection to homosexuality in mainstream America remains religious traditions and Scriptural injunction. Yet many homosexuals naturally embrace the traits of sensitivity and gentleness that religion is intended to teach. Gay men are often saints and moral exemplars. In spite of the contrary examples that can be offered, there is a goodness and virtue that runs through gay men’s lives, and a demonstration of real spirituality in how many of us resolve the problem of making sense of religion in the modern world.

The conflict between church teaching and the reality of gay feelings can create a spiritual crisis that causes homosexuals to reevaluate religion and the meaning of their lives. This spiritual crisis leads some to reject their religious/spiritual sensitivities, often out of indignation at the blindness and stupidity of conventional religion. While this may be an act of spiritual integrity, it can cost these people an important part of life. After all, spirituality can offer a vision of hope and meaning in a world that sometimes appears to be a hopeless miasma of pain and suffering. At its best, spirituality bestows vision and love of life. It widens our perspective. It sensitizes us to beauty and vitality – the very things at which gay men excel.

Many gay men, however, reject neither their religiousness – their will to be good, kind, and honest and their interest in spiritual matters – nor their homosexuality and their enjoyment of the adventure of being gay.

. . . The point of all spirituality is to alter our attitude so we live in “heaven” now, that is, in a state of loving acceptance of life and active good will for others. In our homosexuality itself is our experience of “God.”

Excerpted from Gay Spirituality: The Role of Gay Identity in the Transformation of Human Consciousness by Toby Johnson (Alyson Books, 2000).