Palm Sunday Around the World

Yesterday, Christians from around the world celebrated Palm Sunday.

Yahoo! News has a wonderful collection of images depicting this worldwide celebration.

Here are just a few, accompanied by Palm Sunday reflections from the two books I’ve been reading this Lent. . . 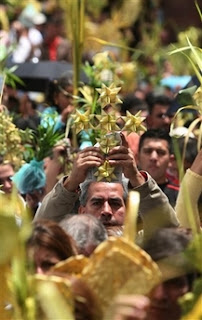 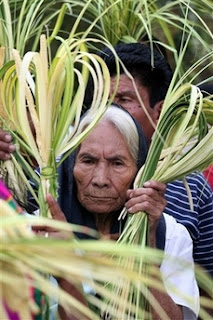 
We begin today to relive Jesus’ being put down and lifted up for us in his death and resurrection. It is the seed of hope for all of us, for everyone and everything without exception has been touched by the redeeming power of Jesus - even terrorists, oppressive dictators, liars and cheaters in our society. When I see what is happening in our world today, it is easy for me to take a self-righteous attitude toward those responsible for social disorder and evil. It is easy for me to forget that the sinfulness out there in the world is also here inside of me. It is not simply the world that is in need; I am in need of Jesus’ death and resurrection. This week carries the seed of hope for all of us.

Miriam Therese Larkin, CSJ
Los Angeles, CA
(Excerpted from Springtime of the Soul: Lent 2007
by the Congregation of St. Joseph.) 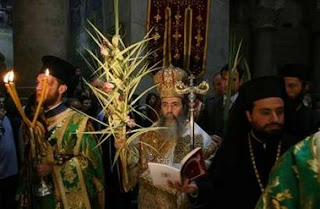 Above: Greek Patriarch Metropolitan Theophilos leads Palm Sunday mass at the Church of the Holy Sepulchre in the Old City of Jerusalem. (Reuters/Ammar Awad) 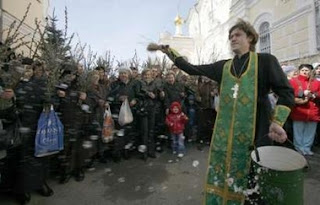 Above: An Orthodox priest blesses devotees at a church during a Palm Sunday service in Russia’s southern city of Stavropol. (Reuters/Eduard Korniyenko) 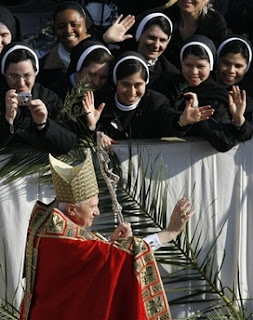 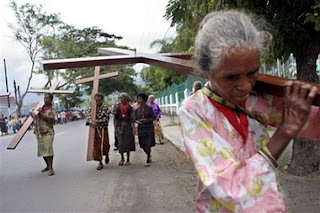 Above: East Timorese women carry wooden crosses as they walk during a Catholic mass procession for Palm Sunday in the nation’s capital of Dili. (AP Photo/Binsar Bakkara) 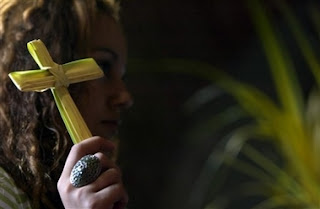 Above: A Dominican woman holds a cross made of palm tree leaves as she prays during a Palm Sunday mass in Santo Domingo, Sunday, April 1 2007. (AP Photo/Ramon Espinosa) 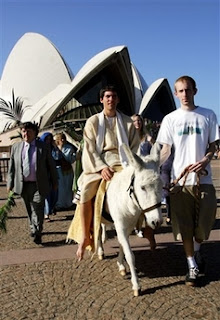 Above: A man dressed as Jesus and riding on a donkey leads a procession past the Opera House to commemorate Palm Sunday in Sydney, Australia. (AP Photo/Paul Miller)


Palm Sunday . . . certainly is a puzzlement: Jesus riding serenely up to Jerusalem, while the crowds proclaim him to be the Messiah, the king. It’s a puzzle because Jesus previously had rejected the title of king. So why did he allow the palm procession to happen? What was the meaning of his riding serenely up to Jerusalem? Had he not told his disciples, "I will go up to Jerusalem where wicked men will insult me and crucify me"? While such a death was a painful puzzlement to the disciples, Jesus’ triumphant entrance into Jerusalem was not. The disciples rejoiced in the roar of the crowd, rejoiced that finally Jesus had acknowledged publicly who he truly was.

We know that God’s inspiration is not restricted to the First and Second Testaments. Whenever and wherever in the other holy books you find the truth, you know that the Spirit of God is its author. Centuries before Christ, in ancient China, the Tao Te Ching was written. Chapter 16 reads:

Each being in the universe
returns to the common source.
Returning is the source of serenity.
When you realize where you come from,
you naturally become disinterested, amused,
kindhearted as a grandmother, dignified as a king.
Immersed in the wonder of the Tao, the way,
you can deal with whatever life brings you.
And when death comes, you are ready.
Jesus, then, gentle-hearted as a grandmother, as dignified as a king, could ride serenely up to his death because he knew he was returning to his source. He knew he would mount not a royal throne but a rugged cross. He knew that not a crown of jewels but a crown of thorns would go on his head. That’s what life had brought him, and he accepted it with serenity because he knew where he had come from and where he was going. 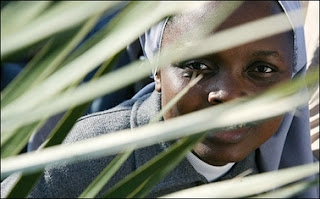 For more images of Palm Sunday celebrations from around the world, click here.