Fusion, Fluidity and Grace: The Music of Claude Chalhoub For "music night" this evening at The Wild Reed I share "Gnossienne," violinist Claude Chalhoub's beautiful arrangement of Erik Satie's Gnossienne No. 1. 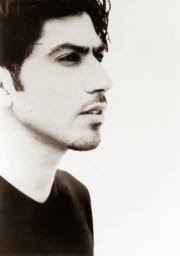 But first, a little about Claude Chulhoub. Born in Beirut in 1974, Chalhoub began studying the violin at the age of eight with help from his brother. He initially played Arabic music, though once he joined the Lebanese Conservatory his repertoire also included Western classical music. When the Conservatory was forced to close due to the Lebanese Civil War, the young Chalhoub continued to practice by himself. At the age of eighteen he was awarded a scholarship by London's Royal College of Music. He moved to London and studied with Professor Grigory Zhislin and later with Rodney Friend. In 1997 he won first prize for the best performance at the College. His debut concert at St. John's, Smith Square, paved the way for an successful international career, one that continues to this day. A film biography on Chalhoub’s life and career called Singing on the Violin was made by German director Boris Penth in 2007 and has been broadcast internationally.

The track I share this evening, "Gnossienne," is taken from Claude Chalhoub's 2001 self-titled album. 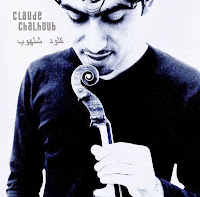 In the liner notes of this album it's stated:

Claude's interests are not confined to classical music: he is a frequent and impassioned performer of traditional Arabic music, with his ability to play these two kinds of music rendering him a quite special musician. He has both performed an recorded all around the world, has had the great honor of playing with Lebanese singer Fairuz, and was chosen by Daniel Bareboim to be the concertmaster of the West-Eastern-Divan Orchestra, founded in Weimar, the European Cultural Capital in 1999. He is currently living in London.

The album's producer, Michael Brook, describes it as a "fusion of cultures," noting that:

When I first heard Claude's demos . . . I was immediately impressed by the force and passion of his musical personality. His violin playing had that larger than life, in your face, quality that great singers have and I was sold on the idea of us working together. There have been a few 'East-West' hybrid projects over the years, some good, most bad. Claude is unusually adept and has strong claims to legitimacy in both camps. His family tradition of playing Lebanese music combined with a first rate Western classical education allow him a fluidity and grace in this fusion of cultures.

And so, without further ado, here is Claude Chalhoub with "Gnossienne," his arrangement of Erik Satie's Gnossienne No. 1. It's followed by Billboard's review of the album from which the track is taken. Enjoy!

Lebanese classical violinist Claude Chalhoub makes a music born of global fusion and sonic experimentation. Collaborating with producer Michael Brook—who previously worked atmospheric wonders with Nusrat Fateh Ali Khan and Djivan Gasparyan—Chalhoub fuses Middle Eastern melodies with Indian rhythms and often surreal ambiences on an album teaming with sensuality. "Red Desert" is a cinematic expanse with Jason Lewis' drums pounding rivets into the tabla rhythms of Kuljit Bahmra. Chalhoub's violin sings in improvised lines, backed by a string octet. On "Baddour," Chalhoub intertwines his violin with Qawaali singer Forroukh Fateh Ali Khan (brother of Nusrat), processed so he sounds like he is emanating from a speaker atop a temple minaret. "Don't Wake Up" mixes tango and Bollywood strings. Chalhoub and Brook eschew the conventional ethno-techno formulas for something that confronts as much as it envelopes. 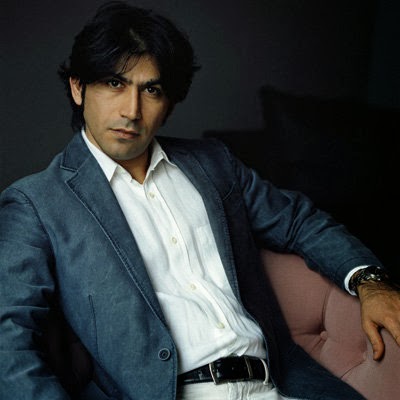 See also the previous Wild Reed posts:
Photo of the Day – March 17, 2013
The Potential of Art and the Limits of Rigid Orthodoxy to Connect Us to the Sacred
"Joined at the Heart": Robert Thompson on Christianity and Sufism