On International Human Rights Day, Saying "No" to Donald Trump and His Fascist Agenda 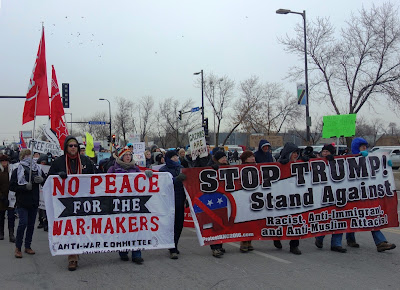 There's a particularly powerful scene in Geoffrey Sax's film Christopher and His Kind. It depicts the film's protagonist, British writer Christopher Isherwood (played by Matt Smith), suddenly realizing, after years of living (and partying) in 1930s Berlin, the extent to which Adolf Hitler has taken political control over Germany's Weimar Republic.

Isherwood's experiences in Berlin serve as the inspiration for both the 1966 Broadway musical and 1972 film Cabaret, works that have their own powerful scenes depicting the rise of fascism in 1930s Germany. 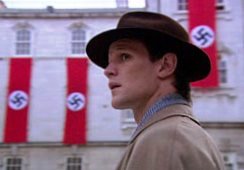 What makes the scene in Christopher and His Kind particularly jarring is the look on Isherwood's face as he watches banner after banner of Nazi swastikas unfurl in a city square. It's like he's been awakened from a dream. Indeed, up until that moment he has been depicted in the film as consciously choosing to remain uninvolved in the social and political events unraveling around him. And yet now the true horror of what's taking place in Berlin and beyond, and how it is going to negatively impact those he knows and cares for who are Jewish or leftist or, like him, gay, is unavoidable.

I never want to find myself in such a situation; never want to sleepwalk through life only to be suddenly and rudely awakened by events, especially those portentous of tyranny.

I want to always strive to be informed and proactive about the important political and social issues of the day. I want to be able to say, for instance, Hey, I recognized when things started going awry in a particularly disturbing way, and lifted my voice against it.

That's why this past Saturday, December 10, I marked International Human Rights Day by joining with close to 200 other people in Minneapolis to speak out against the increasingly fascist agenda of President-elect Donald Trump – an agenda that is the antithesis of human, environmental, and democratic rights.

Yes, I know that Trump isn't Hitler. Neither is the U.S. of 2016 Germany of 1938. But that being said, there are definite and disturbing parallels. Earlier this year Kira Goldenberg wrote the following in an op-ed for The Guardian:

People aren’t wrong to point out that Trump certainly appears similar to Hitler in some ways. [Trump's] rhetoric . . . smacks of fascism, with healthy doses of isolationism and grandiosity. Trump’s rallies, which pen the media like livestock and brook no dissent, evoke less orderly Third Reich affairs. And his sloganeering, with its nostalgia for an idyllic past that never existed, fabricates a history that excludes the majority of actual people in actual America, with disconcerting echoes of an Aryan ideal. Even the substance of Trump’s speeches is as inscrutable as watching Hitler’s manic lectern screeching – and I actually speak English.

In further parallels, America is buffeted economically in ways that may feel, to some, like the dire straits of post-First World War Germany, although the reality is less catastrophic than wheelbarrows full of worthless bills. America is even effectively ignoring one of the greatest human rights crises of our time, refusing to admit nearly the number of Syrian refugees that our supposed stature as a global leader demands. Refusing refugees is the top of a slippery slope toward discriminating against people within our own borders. Donald Trump – and, less bombastically, Ted Cruz – has certainly advocated as much.

More recently, Michael Kinsley noted in The Washington Post that although it's "ridiculous to compare any living person to Hitler or Mussolini," Trump's "seemingly erratic behavior can be explained – if not justified – by thinking of Trump as a fascist . . . not in the sense of an all-purpose bad guy, but in the sense of somebody who sincerely believes that the toxic combination of strong government and strong corporations should run the nation and the world." 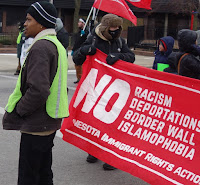 With all this in mind, I braved the cold December air and participated in last Saturday's rally and march in Minneapolis, one that was organized by the Twin Cities-based Anti-War Committee and endorsed by a range of local justice and peace groups, including Natives Lives Matter, Minnesota Neighbors for Justice, Minnesota Peace Action Coalition, UMN Students for a Democratic Society, Veterans for Peace, Welfare Rights Committee, Women Against Military Madness, Women's Prison Book Project, Young Muslim Collective, and Black Lives Matter – Saint Paul. Following are some images of this rally and march. 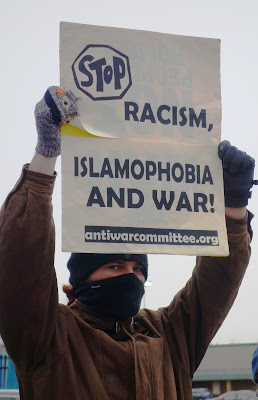 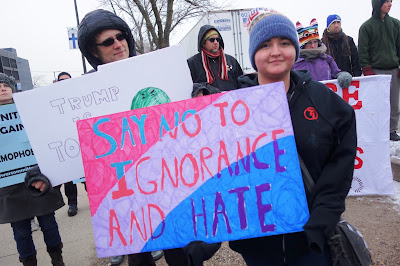 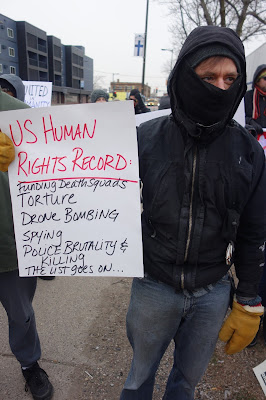 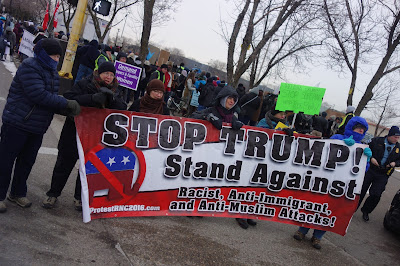 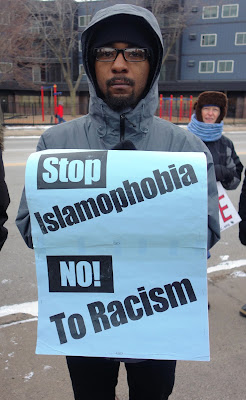 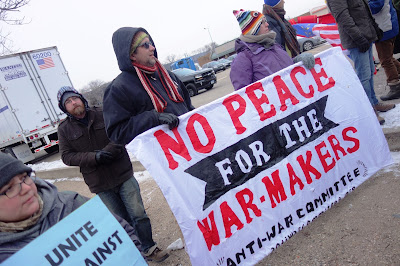 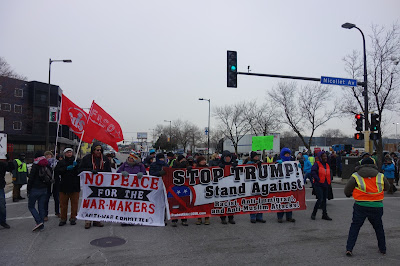 See also the previous Wild Reed posts:
• Progressive Perspectives on the Election of Donald Trump as President of the United States
• Election Eve Thoughts
• Art and Resistance
• Carrying It On
• Progressive Perspectives on the Rise of Donald Trump
• Trump's Playbook
• Saying "No" to Endless U.S. Wars
• In the Wake of the Paris Attacks, Saying "No" to War, Racism and Islamophobia
• Vigiling Against Weaponized Drones
• Rallying in Solidarity with the Refugees of Syria and the World