Resisting the Hand of the Empire 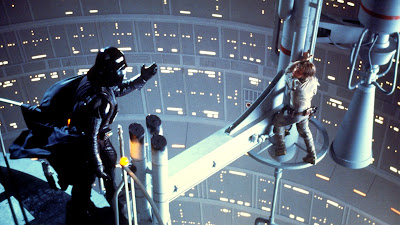 I share today excerpts from two insightful pieces which draw on the Star Wars film series to show how empire is antithetical to everything Jesus lived and taught.

The first is from Mark Davies' December 28 OneWorldHouse.net article, "Refusing the Hand of the Empire," a piece that shares a similar purpose to Byron Williams' excellent 2012 Huffington Post article, namely to show how Constantine Christianity is not the way of Jesus. Davies is the Wimberly Professor of Social and Ecological Ethics and the Director of the World House Institute for Social and Ecological Responsibility at Oklahoma City University. Following is part of his recent article.

The biggest mistake ever made in the history of Christianity (and there are a lot of them) is when the Christian Church decided to believe and accept that the Empire was on its side. When Christianity allowed itself to be co-opted by Constantine in the early Fourth Century C.E., it was a bit like if Luke Skywalker had accepted Darth Vader’s offer to join him and rule the galaxy together. The Church reached out and took the hand of the Empire instead of taking its chance with a leap of faith into the abyss, thereby becoming the servant of the dark side for the sake of its own survival.

The Roman Empire fell soon after its takeover of Christianity (a fact not easily explained by Christianity’s defenders), but Christianity re-attached itself to numerous empires thereafter to maintain its hegemony in Europe and beyond. The Christianity of Empire, as opposed to the Way of Jesus, was used to justify crusades, inquisitions, conquests, colonization, slavery, and genocide – often done in the name of Christian mission, but always done for sake of the Empire.

That Christianity became an imperial religion is antithetical to everything Jesus lived and taught. The Empire was never a friend to Jesus, and Jesus was never a friend to the Empire. The Empire executed Jesus with its most public and brutal method in order to display its power and eliminate a threat, and when the Jesus movement would not die, the Empire eventually co-opted the movement for its own purposes. That is what empires do.

Once the Empire co-opted the Christian movement, it focused on the otherworldly aspects of Christianity in order to keep power and control over people in this world. The Empire or State maintained control of the affairs of this world, while religion prepared the soul for the next. Obedience to the Empire’s authority in this life became one of the prerequisites to enjoying the rewards and avoiding the punishments in the next. The Empire made central the peripheral strands of eternal punishment and eternal reward in Christianity as a means to maintain and consolidate power and keep order among its subjects.

Christianity in the United States continues in this long and tragic tradition of serving as the religion of the Empire. The way of Jesus has been mistaken for the American way; including adherence to its social, political, and economic systems. Through increasingly sophisticated and ever present forms of propaganda, a form of Christianity is used to bolster loyalty to and support for the Empire. Every cry that we are a Christian nation is an echo of the imperial voice that seeks to tame Jesus and use the power of the Jesus movement to consolidate power of the Empire through the alienation of the “other,” by highlighting that their way is not our way, that “they” are not us. 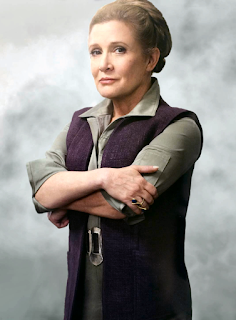 I share next an excerpt from a piece which was clearly written by a major fan of all things Star Wars.

It's just a very short excerpt as the full piece contains spoilers about the recently released Star Wars prequel, Rogue One, a film which I hope to see with friends early in the new year.

This particular piece by Malcolm Sheppard is written in the form of a "critical obituary" for the Star Wars character Princess Leia Organa of Alderaan, later known as General Leia Organa. Carrie Fisher, the actress who so vividly brought Leia to life over the course of numerous Star Wars films, died at the age of 60 on December 27. (Her mother, legendary entertainer Debbie Reynods, died the following day at 84.)

Through his writing of Leia's obituary, Sheppard describes the horrors of empire, horrors that can be seen manifested throughout history, including in recent and current U.S. policies and actions, as Mark Davies highlights in his article excerpted above. In the fictitious world of Star Wars, Leia, first as a princess and then as a rebel general, resisted and fought against the injustice, greed and violence of empire. Even if it does not fully embody the non-violent way of Jesus (and many see this as highly problematic), this resistance and, moreover, the longing for justice and peace that inspires it, is nevertheless something that Sheppard and many others recognize and celebrate in the character of Leia.

Ultimately, the best way to judge Leia Organa might be through the same materialist critical analysis that drove her to revolutionary action. Before Leia Organa, the Empire destroyed civilizations to power a war machine for the glory of its elites. Because of her, galactic civilization doesn’t consist of thousands of starving worlds, whose inhabitants gaze into skies swarming with Death Stars built from their stolen productivity. The ideology of the Dark Side never rests, and it might return to reap capital from oppressed planets, but for now, many worlds enjoy a certain amount of peace and freedom. 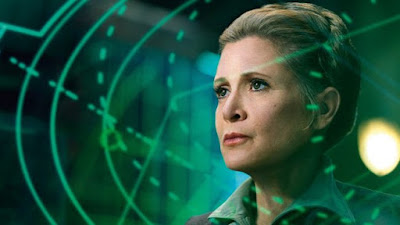 See also the previous Wild Reed posts:
• John Pilger on Resisting Empire
• Rock of Ages
• On International Human Rights Day, Saying "No" to Donald Trump and His Fascist Agenda
• John le Carré’s “Dark Suspicions”
• Tariq Ali Discusses Rudyard Kipling
• Chalmers Johnson, 1931-2010
• Steve Clemens: "If We Wish to Stand with the Holy Innocents, We Must Stand in Opposition to Empire"
• Remembering the "Radical Ethic" of the Catholic Worker Movement
• Quote of the Day – July 24, 2012