For Acclaimed Songwriter, Activist and Humanitarian Buffy Sainte-Marie, the World is Always Ripening 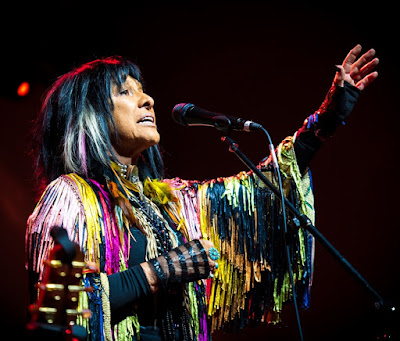 What motivates me are the same things that motivated me in the beginning. I respond to the world, I fall in love like everybody else. I see things that need change and I think the world is always ripening.

In January of this year Buffy Sainte-Marie was interviewed by The Canadian Press after it was announced that she will be this year’s recipient of the Allan Waters Humanitarian Award, a Juno Awards honor that recognizes "the philanthropic efforts made by Canadian musicians that have created a positive impact on the social welfare of society." This award will be presented to Buffy at the Juno Awards gala dinner in Ottawa on April 1. Congratulations, Buffy!

Also revealed in The Canadian Press interview is the news that Buffy is working on a new album, Medicine Songs. As a long-time admirer of Buffy and her various creative endeavors, I find this to be wonderful news indeed.

Back in 2015 I published a series of posts leading up to the release of Buffy's phenomenal album Power in the Blood. I thought I'd do something similar this year for Medicine Songs. And what better way to launch this new series than sharing, with added images and links, the January 18, 2017 Canadian Press interview with Buffy! Enjoy! 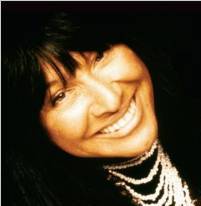 Buffy Sainte-Marie has told the stories of outliers and underdogs throughout her career and organizers at the Juno Awards say it’s time to recognize the singer’s contributions to the community.

The four-time Juno winner and social activist will be this year’s recipient of the Allan Waters Humanitarian Award, an honour reserved for Canadian musicians who’ve left a positive social impact.

The Canadian Academy of Recording Arts and Sciences says Sainte-Marie “exemplifies the essence of humanitarianism” with her dedication to protecting indigenous communities. She’s also provoked conversation through songs like her 1964 anti-war peace anthem “Universal Soldier” and 1976’s “Starwalker,” an ode to the American Indian Movement.

Sainte-Marie also founded the Nihewan Foundation for Native American Education in 1969, a non-profit initiative to improve education and awareness of the cultures.

She says humanitarian efforts have always been a priority.

“A long time ago I figured out I have enough money to probably have three meals a day for the rest of my life,” Sainte-Marie says.

“So I wanted to put my money to work early.”

Sainte-Marie follows artists like Bruce Cockburn, Sarah McLachlan, Rush and members of Arcade Fire, who have all received the Allan Waters award since its 2006 creation. It will be handed out at the Juno Awards gala dinner in Ottawa on April 1, the day before the televised Juno Awards ceremony.

Speaking from her Hawaiian home, Sainte-Marie talked with The Canadian Press about non-profit and protest songs.


You’ve been a tireless voice for various causes throughout your career, but fewer people know about why you created the Nihewan education foundation. How did it happen?

Before I was ever a singer I was a teacher. I got my teaching degree (and) a degree in Oriental philosophy. Because I had a personal interest — and the advantage of a scholarship about indigenous issues — that probably had something to do with it. (The feeling) has stayed with me always through my show business career, going in and out of the aboriginal community ... building a bridge between cultures.


The Nihewan Foundation funded college scholarships. Did you ever see the impact of those efforts?

My proudest moment was when I found out a few years ago that two of my early scholarship recipients had gone on to become the presidents of tribal colleges (which provide access to post-secondary education to indigenous people). The big takeaway is sometimes you can do something quite small for yourself that someone else will take and develop into something you never even would’ve thought of. 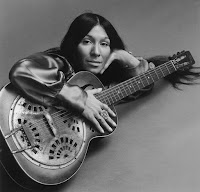 You’ve been a voice for the indigenous community but it’s never fully defined your career. Did you pursue a balance that also factors in your pop and folk influences?

I’ve had over 50 years of that kind of double perception, which is very nice for me. I think my real work has been in the realm of thought. I really feel as though ... I’ve changed the way some people think about war, alternative conflict resolution and indigenous issues. I did it early and I’ve done it consistently because I really do care.


With Donald Trump [in] the White House do you expect more protest songs to emerge from discontent gestating in some communities? Do you feel like we’re on the cusp of new musical activism?

I wish. There were a lot of people in the Civil Rights movement who just showed up because it was the popular thing to do. It became “hip” to seem like you were part of that. There are a lot of people, for instance, who go to Standing Rock and confuse it with Burning Man.

My question to all the other great songwriters in the world is: Where are your protest songs? Now that Donald Trump is (elected) — and there’s probably going to be money in protest songs — are you going to start writing them now? I mean, where was your protest song last year? And the year before? Some people are consistently aware of the world and trying to share their best contributions. Other people just show up when somebody’s handing out free gifts at the party.


Are you writing any new material?

I’m working on an album that should be out sometime this year called Medicine Songs. (It’s) grouping real positive songs like, “Carry it On,” “We Are Circling,” “Starwalker,” together with my best-known protest songs about contemporary issues.

It has a new song you haven’t heard called “The War Racket.” Another one I just recorded with Tanya Tagaq called “You Got to Run” and a Canadian version of a classic I wrote in the ’60s called “My Country ‘Tis Of Thy People You’re Dying.” I don’t know at this point whether they’re going to be re-recorded or . . . the original recordings.


What inspires you to stay motivated to keep writing so many decades into your career?

Kind of depends on where I am. When I’m in Hawaii it’s just nature. I live with a lot of animals and plants and nature is “vitamin green” for me. I also have a double life. I’m home for two weeks, I’m on the road for two weeks. What motivates me are the same things that motivated me in the beginning. I respond to the world, I fall in love like everybody else. I see things that need change and I think the world is always ripening.