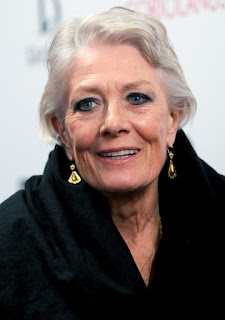 Yesterday was the birthday of an actor I greatly admire. . . . Yes, Vanessa Redgrave turned 84.

To (belatedly) mark the occasion I share the following excerpt from Vanessa: The Life of Vanessa Redgrave by Dan Callahan.

There are times when, watching Vanessa at her best, it is possible to think that there has never been an actor as extravagantly gifted and expressive as she is, not even Marlon Brando. Like Brando, Redgrave is led by instinct. Her failures, like his, are in Mount Everest areas where most actors wouldn’t even be able to breathe, let alone create. . . . “If there existed something like a dream in which a recipe was concocted to create an ideal actress, that dream would end with an entrance by Vanessa Redgrave,” said Tennessee Williams.

Asked by Charlie Rose in 1995 if she was satisfied as an actress, she said, “Oh, no, because any achievement you may make at any given time, or may know you have made, immediately you arrive at a new state or field. You then perceive whole other fields that you couldn’t perceive until you’d arrived at that particular state.” Redgrave has brought audiences up to fields and vistas that had never before been seen. “I’m lucky,” she said. “When there’s a difficult mountain to climb, I sometimes get chosen to make the climb. Growing up with Shakespeare, as I had to do, you lived with the challenge of what drama can mean as a social experience for people, how important it can be.” Meryl Streep, often called our greatest actress, disagrees with that assessment. She thinks that designation belongs to Redgrave and has referred to Redgrave’s work as “the pinnacle.” 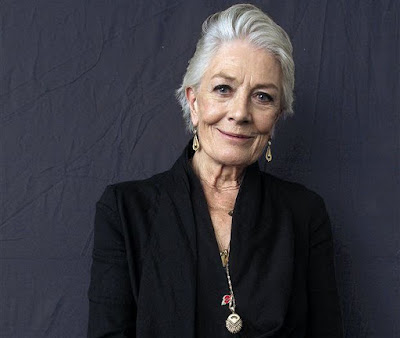