Marianne Williamson on the Tenth Anniversary of Occupy Wall Street 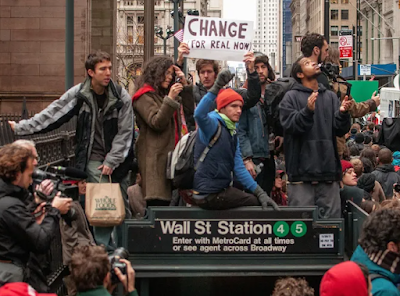 Last month (September 17 to be exact) saw the 10th anniversary of the Occupy Wall Street, a protest movement against economic inequality that began in Zuccotti Park, located in New York City's Wall Street financial district. It gave rise to the wider Occupy movement in the United States and around the world.

As well as sharing her insights on the significance of the Occupy movement, Marianne also talks more broadly about the spiritual and moral nature of social justice movements. It’s a 13-minute interview that’s well-worth watching.