Ruth Ben-Ghiat on the Return of Fascism in Italy

Perhaps like me you’ve been long aware of (and troubled by) the rise of authoritarian leaders and governments around the world.

The most recent example of this is in Italy where, in the wake of recent elections, the country’s first far-right leader since Benito Mussolini, Giorgia Meloni, has declared victory, as the right-wing alliance led by her Brothers of Italy party looks set to win a clear majority in the next Parliament. 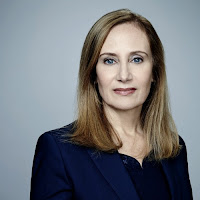 Earlier this week, Ruth Ben-Ghiat (right), a professor of History and Italian Studies at New York University and an expert on fascism and authoritarianism, was a guest on the daily, global, independent news hour, Democracy Now! Ben-Ghiat is the author of Strongmen: Mussolini to the Present, and her latest article for The Atlantic is headlined “The Return of Fascism in Italy.” She’s also the publisher of Lucid, a newsletter on threats to democracy.

Following is part of what Ben-Ghiat shared on Democracy Now! in relation to the return of fascism in Italy.

[Giorgia] Meloni is somebody who was a hardcore neofascist. . . . [A]t 15 she joined the party that was founded right after Benito Mussolini’s original party was banned in 1945. [It’s a] neofascist party called the Italian Social Movement. . . . [In] the ’90s [she became] the head of its student organization. . . .[I]f you look at the logo of her party, called Brothers of Italy today, which was founded in 2012, she insisted on keeping a tricolor flame in the logo. And that is the symbol of the original neofascist party. Over the years, many people have told her to get rid of that flame, but she won’t. So this tells us a lot about her loyalties. . . . [S]he really sees her party as carrying the heritage of fascism into today.

[Meloni] is a proponent of the “great replacement theory,” the idea that non-white births are going to extinguish white births. . . . [S]ome people espouse this theory as a natural outcome of demographic change. She actually is a conspiracy theorist. She believes . . . there is a plot, a design, a plan, she calls it, by George Soros, by the EU . . . to force mass immigration onto Europe and Italy and extinguish everything that makes us who we are.

. . . [A] lot of what she espouses can seem very familiar if you follow the far-right in Hungary — again, the obsession with Soros, the opposition to what she calls “LGBTQ lobbies,” who are ruining civilization with what she calls “gender ideology.” And she’s an example of what political scientists call genderwashing, when women politicians say that they are for women and that they are going to improve female conditions, but actually they go after reproductive rights, and they have a very specific idea of womanhood and the family, and that is very much rooted in the far-right ideology.

And she also will seem familiar if you follow GOP politics [in the U.S.]. . . . [S]he’s very close with Steve Bannon. She’s very close with the GOP. She’s been to the National Prayer Breakfast. She’s been to CPAC. And so her position on abortion rights, reproductive rights, in general, approaches all of these far-right parties. . . . She’s a demagogue. And at the end of my book Strongmen, which is about male leaders and machismo, I predicted that there will be a female-led far-right authoritarian government. We thought it would be Marine Le Pen. But you hear her style of speaking, which is very much the charismatic demagogue. So, they can come in the figure of a woman, too.

[Meloni] is part of this far-right international — you could call it a second fascist international. I studied and wrote about the first one of the ’30s and ’40s. And, you know, Hungary is a node, is a hub. And they’re very active in trying to have this kind of new political culture that is transnational. Fascism has always been transnational. And the fact that Meloni is polylingual – she speaks four languages – has always been a help to her. . . . [T]here is a transnational design to bring this new far-right culture into being, and it’s absolutely terrifying. . . . [W]hat she is saying [is] Islamaphobic. It’s racist. You’re going to expect a very draconian treatment of immigrants, boats [being] turn[ed] back, you know, deaths.

We’ll have to see — we’ll have to see what she does in terms of how constrained she is. She has a big majority in Parliament. So, in terms of what actually happens, we’ll have to see. But she is a female demagogue. Now, Italy has always been a political laboratory. Mussolini invented fascism. In the ’90s, Berlusconi brought fascists into the government, neofascists, for the first time. He broke a taboo. And now Italy has the first female far-right prime minister.

. . . The GOP, I’ve been saying for a long time, has to be seen as a far-right authoritarian party in the model of European parties. And what’s going on right now – history is being made before our eyes. The Republican party is remaking itself to support whatever form of illiberal rule it wants to have in the United States. And, of course, we’re seeing this at the state level, in Texas and especially in Florida.

And so, when a party is remaking itself, it pushes some people out, and these are, let’s say, moderates, like Cheney, Kinzinger, all these people who were anti-Trump. And who is being invited in? Lawless people, violent people. That’s why, if you want to get ahead in the GOP, your campaign ad has to have you and an assault rifle. People who participated in January 6th — criminals — are being invited to run for office, and actual extremists, like Mark Finchem in Arizona. He is an Oath Keeper. He is very proud [and] very public about being an Oath Keeper, a member of this violent extremist group. And so, he is now the Arizona candidate for Secretary of State. So, getting ahead in today’s GOP, being an extremist is a help to that, because they are remaking themselves as a far-right party. So there are going to be, I predict, a lot of interchange between Meloni’s neofascists and the GOP.


UPDATE: Climate and Democracy in the Eye of the Storm – Amy Goodman and Denis Moynihan (Democracy Now!, September 29, 2022).