An Unholy Alliance in Iraq

Following are excerpts from an informative, well-written, yet deeply disturbing article by Chris Floyd.

It is painfully obvious that the forces which come closest to matching [the Islamofascists of the Bush administration’s fear-mongering] propaganda . . . have in fact been empowered by Bush’s [invasion and occupation of Iraq].

Obscurantist clerics and deadly sectarian groups backed by Bush now rule in Iraq, while his war of aggression there — and his global gulag of torture and unlawful detention — are swelling the ranks of violent extremists around the world, as his own State Department acknowledges in its latest report on international terrorism.

For example, last month, 14-year-old Ahmed Khalil was shot dead by the Bush-backed Iraqi police on the doorstep of his home, the Independent [of London] reports. His crime? Homosexuality. He was just one of scores of homosexuals — or suspected homosexuals — systematically slaughtered by the sectarian militias that Bush is arming and training to serve as Iraq’s official ‘security’ forces. Ironically, Ahmed might not even have been gay; he was having sex with men in the neighborhood for money to help his poverty-stricken family, which has been completely wiped out in the economic meltdown wrought by Bush’s ‘liberation.’

The ‘sexual cleansing’ campaign by the death squads Bush has unleashed is just part of the ongoing slaughter in Iraq, where — by conservative, ‘tip-of-the-iceberg’ estimates — almost 4,000 civilians have been murdered in Baghdad alone so far this year, many of them ‘hogtied and shot execution-style,’ the Los Angeles Times reports. ‘Others were strangled, electrocuted, stabbed, garroted or hanged. ... Many bore signs of torture such as bruises, drill holes, burn marks, gouged eyes or severed limbs.’ Most such killings are now being carried out by the government-backed militias and their infiltrated agents in the Bushist police brigades, as Bush’s ambassador to Iraq, Zalmay Khalilzad, openly admits.

Keep in mind why this is happening. Iraq’s bloody ‘regime change’ was engineered in order to implement a thorough-going economic rapine plan drawn up for the Bush administration in early 2003 by the corporate consulting group BearingPoint, as Antonia Juhasz reports in her new book, The Bush Agenda. BearingPoint, headquartered in the CIA company town of Maclean, Virginia, provided a detailed blueprint for opening up Iraq to predatory foreign ‘investment’ on terms that allowed the wholesale looting of the nation’s wealth while acing Iraqi companies out of the action.

Bush’s appointed satrap, Paul Bremer, executed the blueprint faithfully during his dictatorial rule in Baghdad. His edicts were then incorporated wholesale, hugger-mugger and without negotiation into the new Iraqi constitution. They are now the law of the land. The dark heart of the scam is, of course, the oil laws. Now that a ‘sovereign’ government has been established, these can be finalized at last. The plan is for 40-year ‘production-sharing agreements’ that will give Bush’s oil cronies a vast slice of Iraq’s oil output at rock-bottom prices (‘at cost’), as Chris Cook reports in the Asia Times. This windfall will make today’s record-breaking oil company profits look like chump change.

Last week, the U.S. Agency for International Development announced that it is dispatching a ‘petroleum adviser’ to Baghdad to help the new Iraqi government complete its ‘critical petroleum law,’ Dow Jones Newswires reports. The adviser is being sent at the request of the U.S. State Department, headed by former oil exec Condoleezza Rice. And the company contracted to supply the adviser is — oh, you already guessed! — BearingPoint Inc.

So that’s why Ahmad Khalil had to die, along with thousands of others, gay and straight, Sunni and Shiite, religious and secular, Iraqi and American. It has nothing to do with any of the grand abstractions employed by the apologists for empire to mask their complicity with the immoral dictates of raw power: national security, humanitarian intervention, the war on terror, Islamofascism, and so on. No, it’s just a crude, brutal — and no doubt temporary — marriage of convenience between old-fashioned religious extremism and old-fashioned elitist greed. Both are committed to the destruction of Iraqi society in order to impose their own form of bondage in place of Saddam’s tyranny. 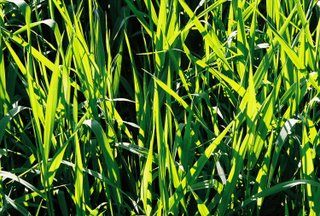 Michael, excellent post. This is an incredible blog. I hope you publicize the hell out of it! I'm trying to get David to visit daily.

I've put a link to wildreed on my geriatric site. Cool.
Michael