Authentic Catholicism: The Antidote to Clericalism

.
Pope convenes the Council of Istanbul!

First task: the eradication of clericalism and the building of an authentically “catholic” community of spiritual seekers! 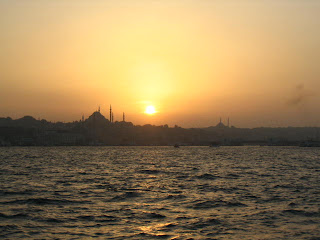 Yes, I know, these are headlines that are yet to appear. But, ever the optimist, I remain hopeful, and here’s why . . .

Pope Benedict XVI is currently conducting his historic visit to Istanbul, the cultural heart of Turkey; and, I must say, I am somewhat envious. The beautiful and ancient city of Istanbul, situated midway between East and West, is a place I’ve long desired to visit.*

Interestingly, Loreena McKennit’s latest album, released here in Australia just prior to the Pope’s visit to Istanbul, contains a number of songs inspired by the singer/songwriter's own visits to various Turkish locales – including Istanbul, Gordion, Ephesus, and Cappodocia.

In the liner notes for one of these songs, “The Gates of Istanbul”, McKinnett notes that the reign of Mehmed II (1432-1481) was “a time of creative renaissance as well as religious tolerance, when people were invited to repopulate the city now known as Istanbul, bringing with them their hopes and aspirations”.


Time for the Council of Istanbul

As Benedict XVI breathes the air and walks the ancient streets of Istanbul, my hope is that he may be similarly moved and inspired to usher in a “renaissance” within the Catholic Church – a new era marked by creativity, tolerance, and the inclusion of the experiences and insights, hopes and aspirations of all.

Just as Mehmed II revitalized Istanbul, may Benedict XVI facilitate a renewal within Catholicism. This “renewal” could be initiated by the Pope’s convening of a truly ecumenical council –perhaps in Istanbul! 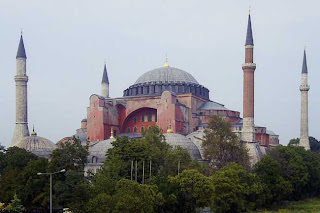 On various levels I envision this council being attended by representatives from the entire human race. After all, we are all infused by - and thus part of - that ultimately mysterious and unbound reality of the sacred. The understanding of the Mystical Body of Christ can be seen as one way that Catholics have grappled with this wondrous awareness of the sacred's pervasive presence within and beyond humanity and creation.

Does this sound like a logistical nightmare? Well, then let us utilize the wonders of the internet and other forms of contemporary communications technology for this ecumenical council centered in Istanbul. Creativity, after all, is one of the values this council would be dedicated to fostering!

One of no doubt many issues that would need to be rigorously and honestly addressed by the Council of Istanbul would be clericalism – an obvious obstacle for any hoped for renaissance within the Church.

For as theologian Diarmuid Ó Murchú notes in his book, Rediscovering Spirituality (Gill and Macmillan, 1997): “The Catholic Church universally consists of 1.1 billion members, 99 per cent of whom are lay people of non-clerical status. Yet anywhere and everywhere [the] church is both defined and activated primarily according to the rules and expectations of its governing clerical body. Ultimately, whether in the North, South or Far East, it is clericalism that runs and controls the Catholic Church.”

Yet what exactly is clericalism? And why is its control of the Catholic Church such a bad thing?

In his book, Between the Rock and a Hard Place: Being Catholic Today (ABC Books, 2004), theologian Paul Collins provides an insightful analysis of the meaning and historical development of the Catholic Church’s celibate clerical system. It’s a system, writes Collins, “which has developed a kind of moral immunity over the centuries. While it existed before the time of Pope Gregory VII (1073-1085), it was he who imposed celibacy universally on the clergy of the Western Catholic Church, and the development of a distinct clerical caste can be roughly dated back to then. Over the centuries, clerics have gradually gained a kind of extraterritoriality by which some of them see themselves as exempt from the usual constraints that govern human behavior.”

“What happens”, says Collins, himself a former priest, “is that everyone who works in the system, no matter how generous, saintly, and virtuous they are, has to struggle to avoid being inexorably caught up in a clericalism that misuses power and that is essentially deceitful and corrupt.”

Collins is quick to point out that he doesn’t believe that priests themselves are necessarily corrupt. Many, he notes, are “men of considerable integrity”. Nevertheless, “they work in a diseased system and it is very difficult for them to avoid the consequences of clericalism.”

Ó Murchú offers a similar analysis, observing that, “Innate to clericalism is a patriarchal, subconscious driving force which is much more about power in the name of religion, rather than about service in the name of spirituality.”

Like Ó Murchú, Collins, and the vast majority of Catholics, I don’t belong in the closed world of clerical domination. I concur whole-heartedly with Ó Murchú when he declares: “I am weary of power games, ritualism, moralism, and all the empty rhetoric” of clericalism, and am much more interested in “egalitarianism, vulnerability, prophetic contestation, engaging with the God of flesh, the God of passion, the God of real personal, interpersonal, and earthly incarnation”.

The shift from clericalism to authentic Catholicism, and thus to a “renaissance” based on the compassion and radical (and thus subversive) inclusiveness of Jesus, won’t, of course, be achieved by a single church council – even if it is the one in Istanbul I envision. But such a council would be a start, and Benedict XVI could make it happen.

Until he does, rest assured that a significant number of non-clerical Catholics will continue doing what they’ve always done: embody a catholicity of life; a way of being unfettered by trappings of imperial power; a way dedicated to seeking, discerning, and celebrating the presence of God in the lives and relationships of all.

It’s a “way” exemplified by Jesus, who, Ó Murchú reminds us, “proffered a counter-cultural view: a new world order, marked by right relationship of justice, love, peace, and liberation”.

It’s also a “way” that increasing numbers of Catholics are recognizing is simply not being embodied by the “official” Catholic Church, burdened as it is by clericalism.

For the sake of all of us, but especially those mired in the corrupting influence of clericalism, the Council of Istanbul can’t come soon enough.

So now, if our hearts be true
And like a pool reflect the sun
We will find honor there
And keep us safe and lead us from all harm.

Excerpted from “The Gates of Istanbul”
by Loreena McKennitt. 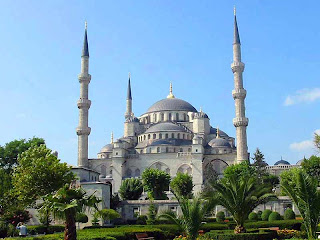 * One of my favorite films is Ferzan Ozpetek's Hamam: The Turkish Bath (1997) which is set in Istanbul. For my theological reflections on this film, click here.


See also the previous Wild Reed posts:
A Catholic’s Prayer for his Fellow Pilgrim, Benedict XVI
A Dangerous Medieval Conviction
Beyond a PC Pope
Vatican Stance on Gay Priests Signals Urgent Need for Renewal and Reform
A Not So "New" Catholic University
Casanova-inspired Reflections on Papal Power - at 30,000 Ft.