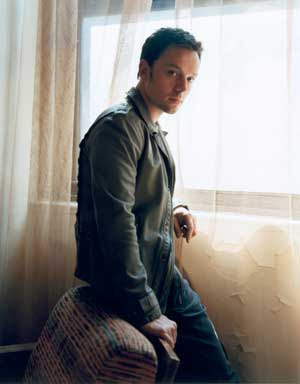 You may recall that I recently shared the insights of British actor Ian McKellen on the positive effects of “coming out.” Those insights were originally published in the November-December issue of The Gay and Lesbian Review – a wonderful bimonthly journal of history, culture, and politics, and one to which, if you don’t already subscribe, I strongly encourage you to do so. No, honestly, it really is that good a publication!

In the latest issue, there’s a great interview with singer/songwriter Darren Hayes (pictured above). And, guess what? He too talks about the positive impact that living openly as a gay man has made in his life.

The interview is conducted by Jason Roush (author of After Hours and Breezeway ), who notes that Hayes is “probably best known as the singing half of the popular Australian boy band Savage Garden, which scored a string of radio hits around the globe in the late 1990’s.”

Writes Roush: “Born in a working-class suburb of Brisbane in 1972, Hayes faced an upbringing with few creative outlets . . . though 80’s pop had saved him in many ways. While he was married to a woman when Savage Garden first achieved international stardom, he publicly came out as gay in 2006 when he married graphic designer Richard Cullen. He and his husband stood at the front of the line to be legally partnered in the United Kingdom, second in fame only to Elton John and David Furnish.” 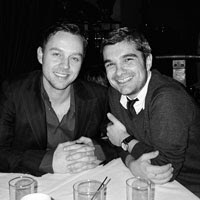 
Following are excerpts from Jason Roush’s interview with Darren Hayes.


Jason Roush: How did coming out when you married your partner Richard affect your life, your career, and your music?

Darren Hayes: The main difference has been the way I feel about myself. My self-esteem skyrocketed because I felt so accepted and loved. Getting married was the decision I made, rather than to come out. To me, I met the man I want to grow old with, and I wanted my audience to know that I was proud of that, not ashamed. 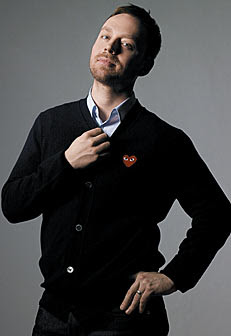 Jason Roush: In the press release for your latest CD [This Delicate Thing We’ve Made], you mention that until you met your husband, “the 80’s were the last time I was really happy.” Do you feel that being gay and less open about it during your Savage Garden years contributed to that unhappiness?

Darren Hayes: Well, no. I wasn’t an open book, but I never lied about it. In fact, no one ever asked me, “Are you gay?” My sadness had little to do with my job and more to do with my own internalized homophobia. I hated who I was, and mostly I was ashamed – ashamed of my childhood, ashamed of being gay. It made me hate myself, and therefore my world was a sad place, regardless of number one hits.

Jason Roush: This Delicate Thing We’ve Made is a soul-baring record in so many ways. What compelled you to explore with such candor the difficult childhood memories to which you’ve returned in a number of these songs, especially the epic journey of “How to Build a Time Machine” and “Casey”?

Darren Hayes: Honestly, it was a healing process for me. I made peace with my past in song. I loved that I could take something so tragic and use it for something beautiful and transformative. I also thought it would be inspiring to tell the story of a family and a person who survived the experience instead of being overwhelmed by it.


It’s strange, but during the past couple of days while I’ve been laid low by a cold, I’ve been thinking back to my own adolescence and young adulthood in Australia. I’ve wondered what it would be like to go back to a certain point, say 1984 and my first year of college, and to start over with what I know now. Of course, I don’t think time travel works that way! We have the insights today only because of the choices we made and the various journeys undertaken back then.

Still, it’s an intriguing thought. For instance, if I could start over in, say, 1984, I would not have tried to “fit-in” so much with “the crowd,” but instead would have explored my life as a young gay man. And I would had come out to people who I believe, in retrospect, would have been supportive of such explorations. I did none of these things. And yet I wouldn’t go so far as to say I “hated” myself, though there definitely came a time when I hated the dishonest and cowardly life I was living.

I recently came across a faded snapshot of the first guy I ever really found myself attracted to. When we first became friends in college I was 18 and he was 21. It’s funny, but he seemed so much older than me, and, in many ways, he was. I wouldn’t say he was the first guy I ever feel in love with. (No, that wouldn’t happen until 1987 and with someone very different.) Yet, without doubt, our friendship and, moreover, my attraction to him physically, awakened within me the realization that, yes, I really was gay. I guess that, in a way, I have him to thank for helping me grow in self-awareness, for nudging me along on my coming out journey.

He himself was as straight as they come – a robust and athletic young man who, as far as I know, is still in good shape and works as a professional rescuer in Australia. Good for him! I haven’t seen him since 1989, but I still sometimes think of him and wish him well. 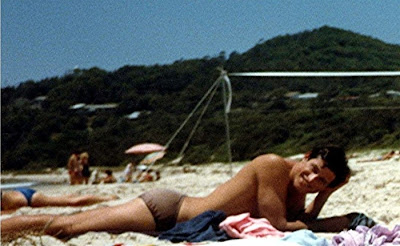 Anyway, enough of such reveries. Following is the music video for Darren Hayes’ song “Casey,” from his latest album, This Delicate Thing We’ve Made. The lyrics of this song remind me somewhat of the feelings I had for my friend all those years ago.

Will we write this movie?
Make it end like we want it to?
I was a mix-up kid
and you were my sanity.
I want to be someone.
I want to be beside you.
If you take me away all the pain will change
into a memory of when we were amazing.

See also the related Wild Reed posts:
One of These Boys is Not Like the Others
A Lesson from Play School
Engelbert Humperdinck: Not That Easy to Forget
Trusting God’s Generous Invitation
“Seven Wonders”: My Theme Song for 1987

Thanks for those bits about Ian McKellen - I really like him. I think what he says of coming out is also true for everyone who hesitates to be their true selves in front of others.