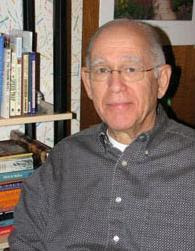 The Progressive Catholic Voice online journal is currently midway through publishing a four-part series comprised of excerpts from Charles Pilon’s book, Waiting for Mozart: A Novel About Church People Caught in Conflict. (For the first installment of this series, click here. For the second, click here.)

Last Friday, the Minneapolis Star Tribune newspaper highlighted the book in a piece that, although more of a report than a review, nevertheless shed light on this important novel. I particularly appreciated the article’s quotes from Charles (pictured above right) about his work and his hope that his book will “start a civil discourse” on important issues facing the both the Catholic Church and wider society. 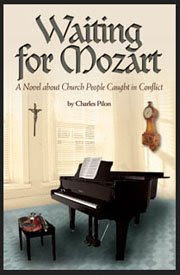 As a former Roman Catholic priest, Charles Pilon wanted to write a book addressing the internal power struggles that plague so many congregations. But he knew that if he wrote a dry, scholarly treatise, only a few religious scholars would be likely to buy it and even fewer would be likely to read it. For the message to be effective, it had to reach the people sitting in the pews.

So the Roseville man wrote a novel, Waiting for Mozart (Caritis Communications, $15.95). And any expectations that it’s going to be a dry, scholarly treatise are gone by page 5. That’s when an angry parishioner starts screaming at a priest, who goes berserk and tries to strangle her.

“It’s not about priest-bashing,” said Pilon, who stepped down from the priesthood after a decade to get married, but remained employed by the church as a business administrator until his retirement in 2000. “Yes, the priest has [control] issues, but laypeople bring their junk to the table, too. Everyone is so self-righteous that they refuse to bend. We have to remember that Jesus was inclusive of everyone.”

Pilon wrote about a Catholic church because that’s what he knows best, “but this is not just an issue for Catholics,” he said. “In fact, it’s not even just a church issue. I’ve heard people in social-service organizations complain about the same things. These are common experiences.”

The novel focuses on an increasingly contentious power struggle between a priest and a few parish board members. The attack that opens the story wasn’t in the first draft, which focused more on “insider baseball” topics.

“To me, as a former priest, the chapters I wrote about the antagonism and tension in the church council meetings was powerful stuff,” he said. “But I came to realize that the average person doesn’t care that much about it.”

Because of his career in the church, the first question he gets asked by his associates is if there is a character based on them. And even though they are composite characters, Pilon always answers, “Yes.”

“They say, ‘Am I in the book?’ And I say, ‘We’re all in the book,’” he said. “This is based on my lifetime of experiences working in the church.”

Ultimately, he hopes the book gets readers to ask about how their own church is run. “I want to start a civil discourse,” he said. “We have to put our arrogance aside to look for ways that might be better.”

For more information about Waiting for Mozart and/or to purchase a copy of the book, visit Charles Pilon’s website, here.