It Just Won't Do 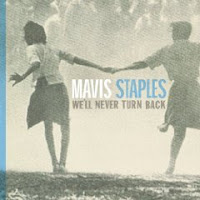 A number of recent events have reminded me of Mavis Staples’ song “99 ½” from her 2007 album, We’ll Never Turn Back.


First, I read Nick Coleman’s October 8 column on the arrest of Mark Tracy during last month’s Republican National Convention (RNC) in St. Paul. Tracy, a “a soft-spoken follower of Gandhi and Martin Luther King” and a community faculty member at Metro State University, was one of hundreds of citizens indiscriminately arrested and mistreated by police in what Coleman has called the “great lock-em-up spree.” 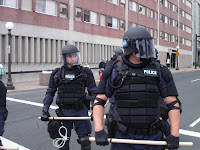 I’m sorry but those kinds of illegal and intimidating tactics on the part of the police “just won’t do.”

Coleman has been a vocal critic of the militarization of St. Paul and its police force during the RNC. It’s obvious that for him, this militarization “just won’t do.”

For instance, he wrote earlier this month about my friend Mike Whalen, whose home was raided by police two days before the RNC, and who on October 10 issued a media release saying he and his attorney intend on filing a federal lawsuit against the city of St. Paul. Clearly, what Mike experienced in the lead-up to the RNC “just won’t do.” 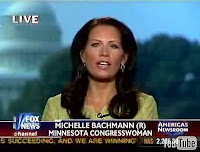 Then last weekend Republican Senator Michelle Bachmann insinuated that Barack Obama was “anti-American,” and suggested that the media should basically conduct a “witch hunt” so as to identify the pro-American and the anti-American members of Congress. In the furor that followed her statements, her own party withdrew support (including financial) from her reelection campaign – clearly realizing that statements such as Bachmann’s “just won’t do.”

And then there was yesterday’s statement from the Archdiocese of St. Paul-Minneapolis about the Catholic Pastoral Committee on Sexual Minorities (CPCSM), the organization of which I serve as executive coordinator. In this statement, published in the official newspaper of the archdiocese, the current leadership within the chancery shared its opinion that CPCSM was “not an agency of the Roman Catholic Church” and that accordingly, it does not “support, endorse, or recognize CPCSM.”

Well, such an attitude has been evident from the chancery for at least the last five years (dating back to CPCSM’s response to the annual Courage conference at the University of St. Thomas), so my initial reaction to the release of this statement was to wonder what took them so long.

Of course, this attitude and the opinions expressed by the chancery are at odds with the appreciation and support that CPCSM has received throughout its 28 year history from the wider church. Archbishop Nienstedt and others within the chancery may not recognize or support CPCSM, but many other Catholics within the archdiocese clearly do.

The board of directors of CPCSM will, of course, issue an official response to the chancery’s statement – a statement that, sadly, displays an incredible level of ignorance, not only concerning the history of CPCSM in relation to the archdiocese, but also on the role and place of faithful dissent and the primacy of conscience in the Roman Catholic tradition.

No, my friends, this level of ignorance from those who claim authority within our church and the resulting spiritual abuse that such ignorance inflicts upon people “just won’t do.”

So, Friday night being music night at The Wild Reed, here’s the music video created by “modernfreedom” for Mavis Staples’ “99 ½”. It’s one that I dedicate to all who courageously work to identify, confront, and transform the injustice, oppression, ignorance, and violence, be it physical or spiritual, that “just won’t do.”

(Note: This music video contains footage from the 2007 May Day march in Los Angeles where police brutalized many of those who had gathered to peacefully advocate for immigration reform. A number of journalists covering the event were also intimidated and brutalized.)

Now, if your God won’t help you
You better try mine
My God is a freedom God
He’ll make a way for you
in a weary land . . .
My God is a peaceful God
He’s a livin’ God
And He’s a merciful God


See also the previous Wild Reed posts:
• What It Means to be Catholic
• Who Gets to Called “Catholic” - and Why?
• Celebrating Our Sanctifying Truth
• CPCSM’s Year in Review (2006)
• CPCSM’s Year in Review (2007)
• Thoughts on Authority and Fidelity
• A Catholic Presence at Gay Pride
• 250+ People Attend Catholic LGBT Pride Prayer Service
• 300+ People Vigil at the Cathedral in Solidarity with LGBT Catholics
• Compassion, Christian Community, and Homosexuality
• The Many Manifestations of God’s Loving Embrace
• Choosing to Stay
• Truth Telling: The Greatest of Sins in a Dysfunctional Church
• The Many Forms of Courage
• When “Guidelines” Lack Guidance
• Be Not Afraid, You Can Be Happy and Gay
• Our Catholic “Stonewall Moment”
• A Catholic’s Prayer for His Fellow Pilgrim, Benedict XVI

CPCSM - where would we be without you? The 'official' announcement may have come from the archdiocese but once again it leaves me saying that the archdiocese doesn't speak for this Catholic.

I shudder to think where we would be if there weren't Catholics and others who are willing to say. This will not do. NO, you don't speak for me.

Thank you to CPCSM and all the other groups and individuals who are willing to stand up and say NO this cannot continue.

I believe there are two or more people at CPCSM. I believe we have always gathered in God's name. Many of us are baptized. We stand on holy ground, God is in our midst. We are truly part of God's church, living out a call to discipleship. That sounds very Catholic to me.

Thank you for your thoughtful and faithful response, Michael. Our Lutheran Church has many differences regarding welcoming and sexuality, too. But as a Chicago pastor noted, attempts to deny full participation in the church of God goes against the Gospel and welcoming posture of our Lord. Speaking of denying GLBT children of God ordination, he said "Our expectation of celibacy thwarts the movement of the spirit. Double standards in the church of Jesus Christ must go. The Gospel is our reason for change." Carol

I like what Cathy Edwards said. Also what Anonymous said. Long live CPCSM.

So is the CPCSM Lutheran or Catholic?

I especially like what Carol said. I hadn't read it before I commented.

CPCSM does great work! headed by Michael Bayly. The detail and support Michael shows to the GLBT community I have witnessed first hand, and Minneapolis/USA would not be where it is on these issues if it were not for Michael. Keep it up Michael, you are an inspiration to me.