"We Will Come Together in Our Pain"

I offer the following from Friends for a Non-Violent World (FNVW) as a prayer for an end to the violence and bloodshed that has flared up yet again between Israelis and Palestinians.

At FNVW we are deeply grieved by the deaths of Naftali Fraenkel, Gilad Shaar, Eyal Yifrach and Mohammed Abu Khdeir. We hold their families, friends and the Israeli and Palestinian people in the light. 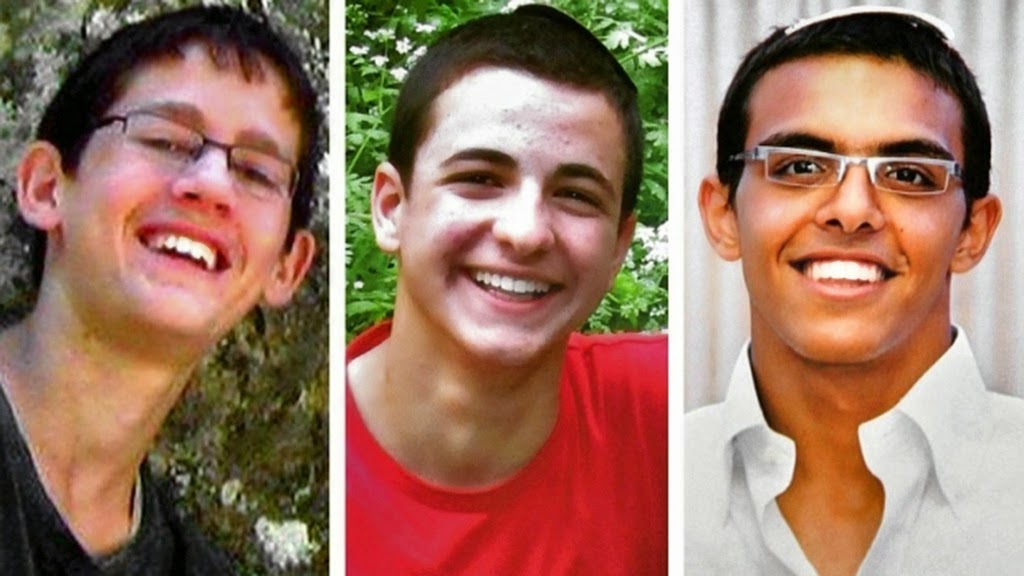 Above: Naftali Fraenkel, Gilad Sharr and Eyal Yhdeir. The three Israeli teenagers were abducted June 12, 2014. Their bodies were found June 30 in a shallow grave near the village of Halhul, north of Hebron, not far from where they disappeared. According to news reports, the boys were shot multiple times shortly after their kidnapping. Israeli authorities allege that those responsible for the boys' kidnapping and deaths belong to Hamas.

Right: Palestinian teenager Mohammed Abu Khdeir. On July 1, 2014, Mohammed was kidnapped and murdered in a suspected revenge killing by Israeli extremists. According to the Palestinian attorney general, the boy was burned alive after suffering a head injury.

We are grateful to the family of one of the Israeli teens who condemned the death of the Palestinian youth. "There is no difference between [Arab] blood and [Jewish] blood. Murder is murder," said Yishai Fraenkel, an uncle of one of the teens.

We affirm the earlier remarks by former Knesset member Uri Avnery, founder of the Israeli Gush Shalom peace movement, now mindful of the additional senseless murder of Mohammed Abu Khdeir, that "the kidnapping and murder of three boys is a crime deserving all condemnation. No political cause can justify such an act, and among other things the perpetrators caused grave damage to the Palestinian people."

[These] boys now join the very long and terrible list of victims, members of both peoples, who were killed in the cause of a bloody conflict which has already lasted for more than a century.

Also and especially at this harsh and tragic moment, it must be said: only the achievement of peace between enemies can end conflicts and put a stop to bloodshed.

Sadly, individuals and groups on both sides of this longstanding conflict have chosen to escalate the violence. As a result, justice and peace remain elusive for both Israelis and Palestinians. 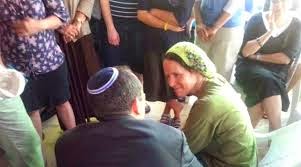 I find solace and hope in how some members of the families of the four slain teenagers have turned to each other for comfort. It reminds me of part of William Cleary's prayer "Unfolding at Every Moment," which I recently shared at The Wild Reed and from which I obtained the title of this post.


. . . We will come together in our pain,
to pool our wisdom and our energies of hope,
convinced that in the end, the very end,
all shall somehow be well.

See also the previous Wild Reed posts:
Prayer and the Experience of God in an Ever-Unfolding Universe
Quote of the Day – September 7, 2013
In Search of a "Global Ethic"

Labels: Justice and Peace, Prayer of the Week