"A Token of Wildness and Intractability" 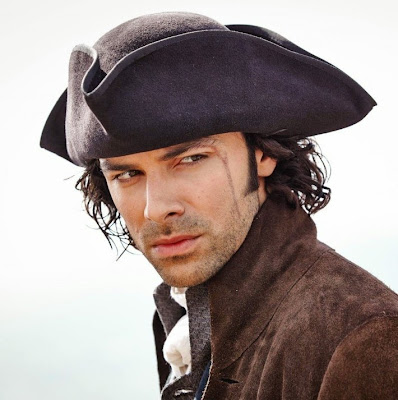 As anyone remotely familiar with this blog would know, I'm rather an admirer of the Poldark series of novels by Winston Graham, and have been since my teenage years. 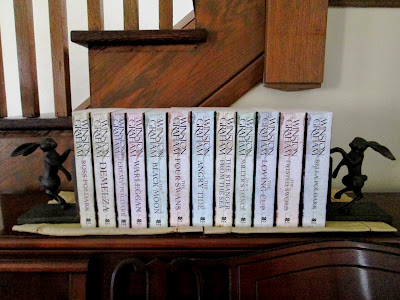 There's still no word yet of when the BBC's new adaptation of the twelve Poldark novels will be screened on PBS here in the U.S. I'm thinking it will probably be shortly after the series premieres in the U.K. in March. (1/14/15 Update: Poldark will air on PBS Masterpiece in the U.S. in June 2015. The first episode will be shown on Sunday, June 14 in the prime slot of 9 p.m. To view the trailer, click here.) 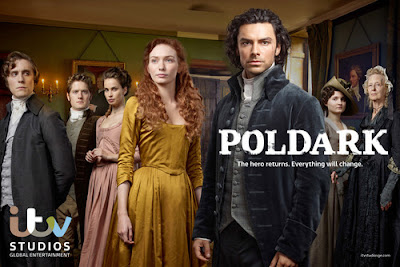 The new adaptation stars Aidan Turner as the series protagonist, Ross Poldark. A member of the landed gentry of eighteenth-century Cornwall, Ross Poldark often finds himself at odds with his own class over the social and economic status quo which impoverishes local miners and many others of the working class. In the first novel of the series, which Graham originally intended to call The Renegade before deciding on Ross Poldark, the young Captain Poldark is introduced as a battle-scarred veteran of the American War who, upon returning in 1783 to his derelict family estate on the windswept coast of Cornwall, discovers his widowed father dead and the woman he loves engaged to his cousin. Bitterly disappointed and close to financial ruin, Ross nevertheless vows to make the most of what he has. 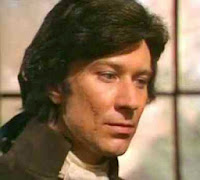 The first TV adaptation of the Poldark novels was originally broadcast in the mid 1970s. It was hugely popular and starred Robin Ellis (left) as Ross Poldark, a distinguishing physical characteristic of whom is a prominent scar on one side of his face. Recently, Debbie Horsfield, the screenwriter of the new adaptation, explained to The Power of Poldark facebook group why the facial scars of Robin Ellis and Aidan Turner are on opposite sides.

In Ross Poldark, the first time the scar is mentioned, there is no indication of which side of the face it is on. The description just says "with a scar on his cheek". However, in Jeremy Poldark there is a more detailed description as follows: "The scar was more than half-hidden by the long side hair, but all the same the tail of it down his cheek was a token of wildness and intractability". Again there is no mention of which side the scar is on but the suggestion is that it is not across the cheek but down it and close to the side-hairline. The actual look and creation of the scar is designed by our Makeup Designer Jacqui Fowler who is taking as her reference the source material rather than the previous adaptation.

I might add that in Warleggan, the following is said about Ross Poldark's scar:

His scar was very noticeable this morning. Often it was as if that chance sword-thrust in Pennsylvania remained with him and had become a symbol of the nonconformity of his nature, the unabiding renegade.

Yes, that Ross Poldark! He's definitely a hero of mine, and I'm so looking forward to seeing this complex renegade-of-a-hero (or is that a hero-of-a-renegade?) brought to life for a whole new generation through the BBC's new series. 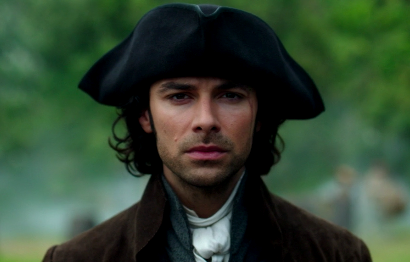 See also the previous Wild Reed posts:
• Return of the (Cornish) Native
• Passion, Tide and Time
• Time and Remembrance in the Poldark Novels
• "Hers Would Be the Perpetual Ache of Loss and Loneliness"