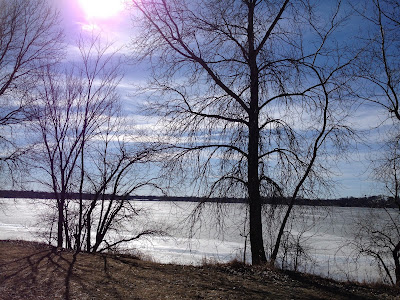 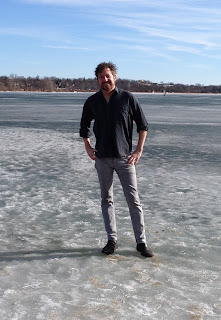 Here in the Twin Cities of St. Paul-Minneapolis today, we experienced a record high of 58 degrees.

I spent part of the afternoon with my friend Raul on the shores of Bde Maka Ska (White Earth Lake), more generally known as Lake Calhourn. And as you can see from the picture at right, we were even on the lake at one point!

The Twin Cities welcomed fewer layers and more highs on the warmest February 27 since 1896, according to the National Weather Service in Chanhassen.

Temperatures in Minneapolis and St. Paul reached 58 degrees on Saturday afternoon, breaking the daily record hit in the late 19th century. Other record-breaking areas included St. Cloud, which exceeded its daily and monthly record of 58 degrees, and Eau Claire, Wis., surpassing its daily record of 60 degrees.

“It’s a combination of nice air with the southwesterly winds throughout our area,” said meteorologist Andy Lahr. Sunny skies and a ground largely absent of snow also contributed to the day’s balminess, Lahr said.

The record-breaking day fits into a trend of climbing temperatures over the last few decades, Lahr said.

Of course, the crucial piece missing from this story is the role human activity has played – and continues to play – in driving up global temperatures . . . and the obvious downsides of this "inconvenient truth" for all life on the planet. Accordingly, I think it's irresponsible for forecasters and others in the media not to look at weather through a climate change lens.

So while on one level I enjoyed today's warm weather, I can't deny that on a deeper level I found it to be troubling. 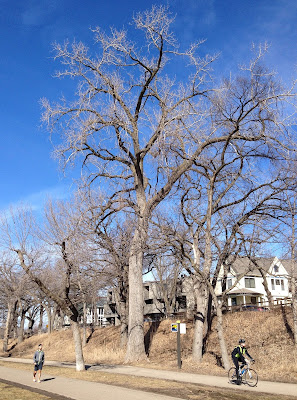 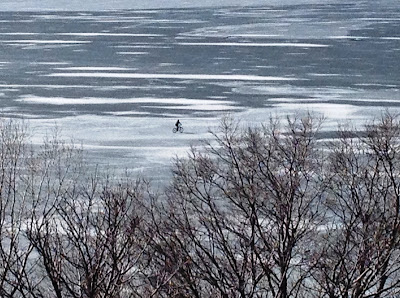 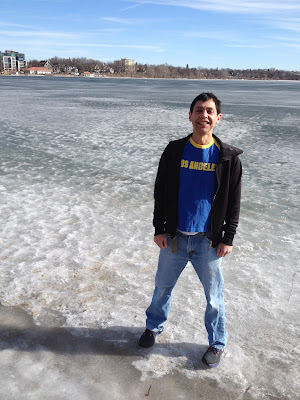 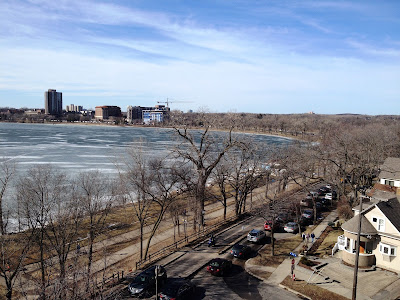 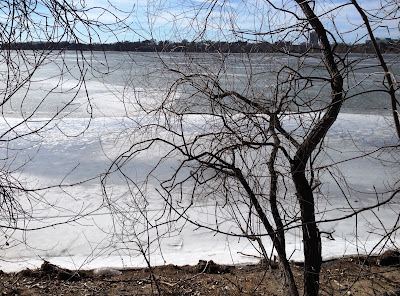 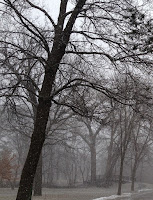 2/28/16 Update: A big changes in the weather today after yesterday's record breaking temperatures, with much of Minnesota experiencing temperatures in the mid-30s and what's called a "wintry mix" of rain/sleet/snow showers.

The photo at left and those below were taken at around noon today near my home in south Minneapolis, close to Minnehaha Creek. 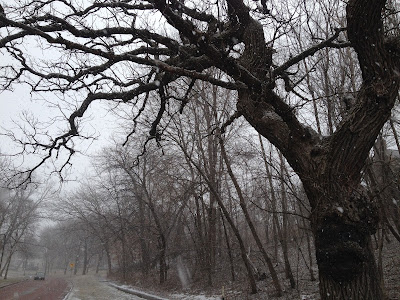 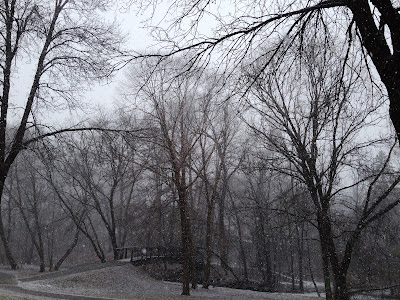