Family Time in Guruk . . . and Glimpses of Somaliland 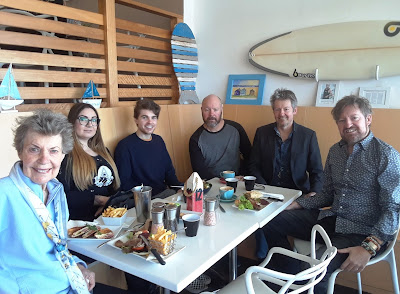 With the exception of my nephew Liam, who lives with his fiancee Kylie in Coral Bay, Western Australia, all my family live in the south-eastern area of Australia – as far north as Guruk (the traditional Birpai name for that part of coastal Australia where the New South Wales town of Port Macquarie is located); as far south as Melbourne, Victoria; as far inland as the New South Wales town of Gunnedah, in the heart of Kamilaroi country; and in places within this area, namely Sydney and Newcastle. Extended family members (cousins on my Mum's side of the family) live in Raymond Terrance and Dubbo.

Many of these family members travelled to Guruk for my father's funeral on August 6, my parents having moved to Port Macquarie from our hometown of Gunnedah in 2002. Of these family members my youngest nephew Brendan was the last to return south to his home and studies in Melbourne on August 19. Because of this I spent a lot of time with Brendan, introducing him to some of my favorite coastal spots. (He also got to accompany Mum and I on a visit to Gunnedah.)

Following are images of the special time for my family in Guruk between August 6 and 13, 2019. 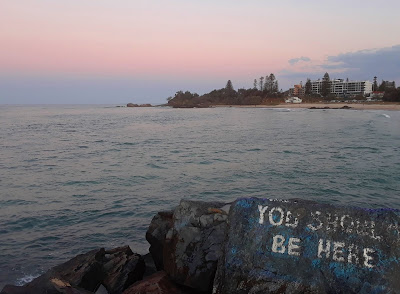 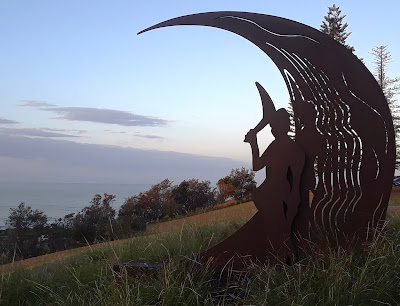 Above: The sculpture in Port Macquarie's Mrs York’s Garden entitled "Together as One (Guri wakul gagil)."

Described as a "contemporary interpretation of Australia’s first surf rescue," the work, erected in 2016, commemorates the events of December 9, 1827, when seven Aboriginal men rescued the crew of a small European pilot boat after it was capsized by a large wave. For more about this story, see this previous Wild Reed post. 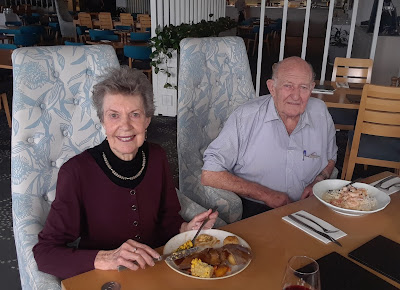 Above: Mum with her brother Michael. 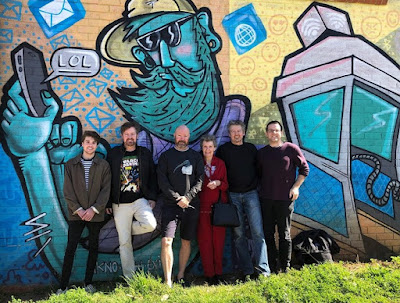 Above: Standing second from left with (from left) my nephew Brendan, my younger brother Tim, Mum, my older brother Chris, and my nephew Ryan. My niece Layne took this photo. 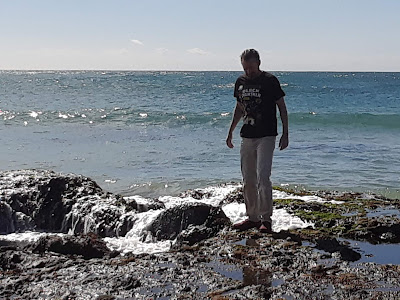 Above: My brother Chris snapped this photo of me standing on what I experience as especially sacred ground. 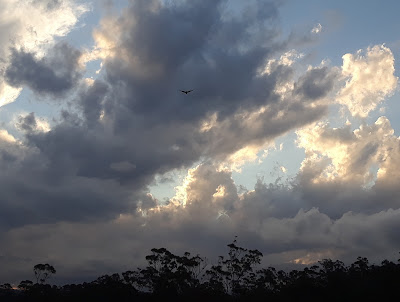 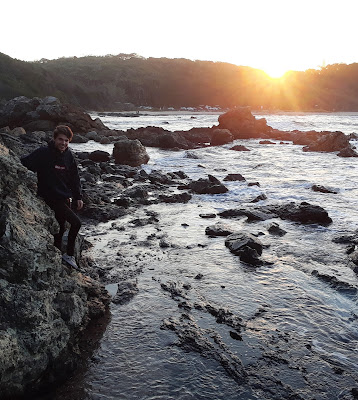 Above and below: Brendan and I by the sea at Guruk. 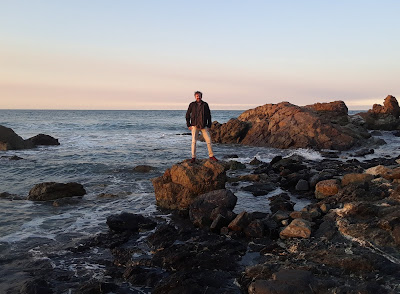 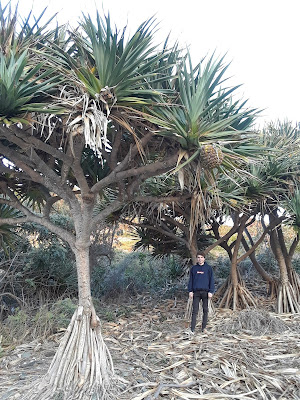 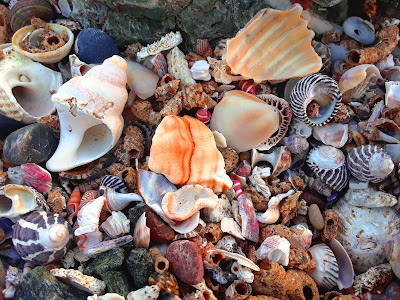 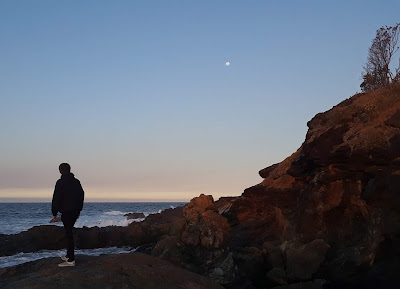 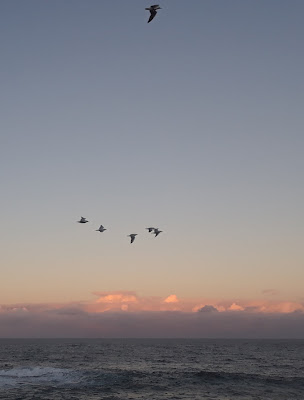 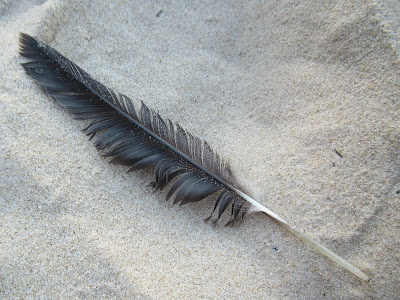 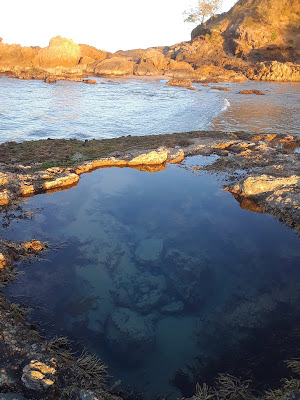 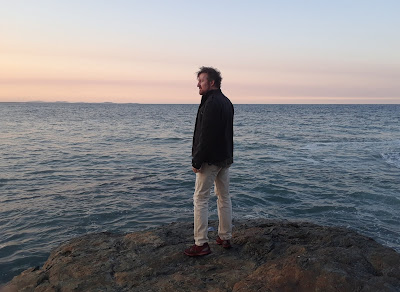 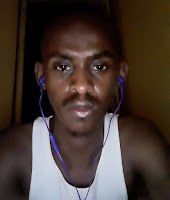 Left and below: Throughout my August sojourn in Australia, I stayed in contact via Skype and Facebook Messenger with my friend Adnan in that part of Somalia known as Somaliland. I had last seen Adnan in July, just before he left Minneapolis for Somaliland, a very different place from the U.S., where Adnan has lived since he was a child. It was, in many ways, a difficult time for him, and so we'd often be in contact so I could offer friendship and support. We also shared photos and videos – him of his experiences in Somaliland, me of my time in Australia. 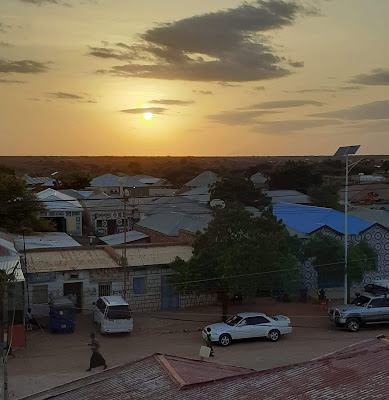 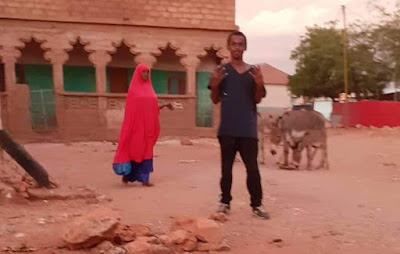 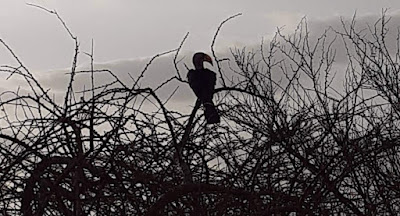 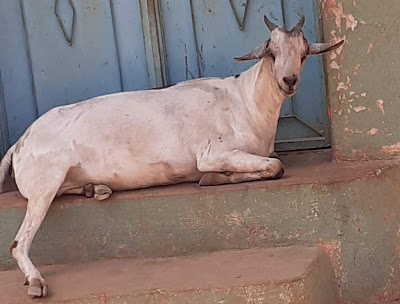 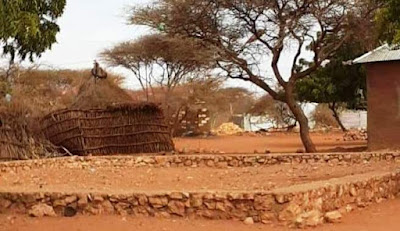 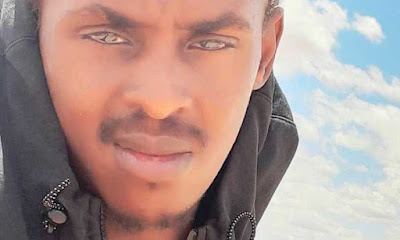 NEXT: Across the Mountains
. . . from Guruk to Gunnedah