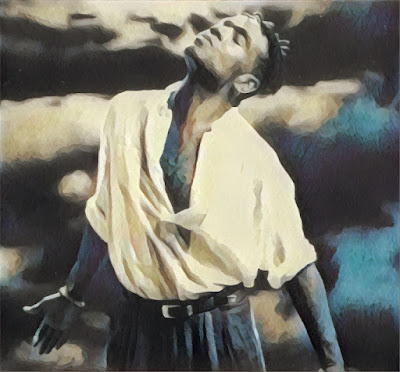 Today is the 17th anniversary of the passing of singer and actor Carl Anderson, whom I’ve been honoring throughout February – the month of both his birth and death.

This honoring continues today with the sharing of “Nightingale,” a hauntingly beautiful song written by Leonard Cohen and Anjani Thomas, and dedicated to Carl.

“Nightingale” first appeared on Cohen’s album Dear Heather, released in October 2004, eight months after Carl’s death. The song features the vocals of Cohen, Thomas and Sharon Robinson. Thomas composed the music for the song using an abandoned poem of Cohen’s. Because Anjani Thomas had known and worked with Carl, “Nightingale” was dedicated to him. 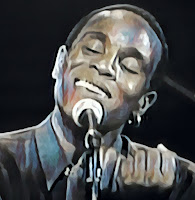 According to the official Leonard Cohen message board, Cohen’s poem helped Thomas through a difficult time in her life, and she not only “connected its romantic lines with Carl’s voice,” but “heard the melody immediately.” The album Dear Heather was also dedicated to Carl, along with Cohen’s ailing friend Irving Layton and the late Canadian poet A. M. Klein.

In 2006, Anjani Thomas re-recorded “Nightingale” for her album, Blue Alert. I actually prefer this version of the song to the one on Dear Heather, and so it’s the one I share today in honor of Carl.

Fare thee well, my nightingale
’Twas long ago I found you
Now all your songs of beauty fail
The forest closes ’round you

The sun goes down behind a veil
’Tis now when you would call me
So rest in peace, my nightingale
Beneath your branch of holly

Fare thee well, my nightingale
’Twas long ago I found you
Now all your songs of beauty fail
The forest closes ’round you

Fare thee well, my nightingale
I lived but to be near you
Tho’ you are singing somewhere still
I can no longer hear you 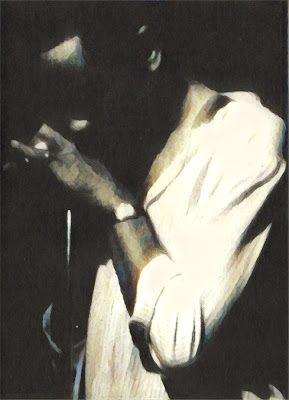 “So rest in peace, my nightingale”

The Wild Reed’s February 2021 Celebration of Carl Anderson:
• Remembering an Artist and Vocalist Extraordinaire
• An Electrifying Spectrum of Emotions


For more of Carl at The Wild Reed, see:
• Carl Anderson: “Like a Song in the Night”
• Carl Anderson: “One of the Most Enjoyable Male Vocalists of His Era”
• With Love Inside
• Carl Anderson
• Acts of Love . . . Carl’s and Mine
• Introducing . . . the Carl Anderson Appreciation Group
• Forbidden Lover
• Revisiting a Groovy Jesus (and a Dysfunctional Theology)