“So Damned Beautiful and Strong Inside and Out” 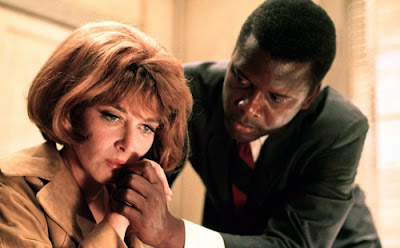 Legendary actor Sidney Poitier died this past Thursday, January 6, at the age of 94.

One of the books I read during my recent COVID quarantine was actress, documentarian, and director Lee Grant’s 2014 autobiography, I Said Yes to Everything. Following is what Grant writes about Poitier and their work together on the groundbreaking 1967 film In the Heat of the Night. 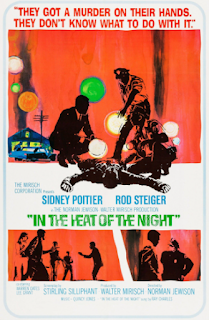 I got a call to meet Norman Jewison about In the Heat of the Night. When I read the script, I knew why he’d sent for me. It was about a businessman who is murdered while on a short trip to the deep South. You never meet the businessman, but the wife, me, is given the news of his death. Sidney Poitier is a Philadelphia detective, held as a suspect because he is black and a Northerner. Rod Steiger is the Southern sheriff.

In his office, I sat across from Norman, who introduced me to Hal Ashby, his longtime friend and the editor of the film. At that point Hal had not directed anything, and he still had a wife in Idaho. We looked at each other across the desk and connected in a hundred ways without exchanging a word. I knew about losing a husband, which was what the role was about, and I let myself go there, sitting across from them. By the time I left, they knew everything they needed to know about me and had found what they were lookng for.

[. . .] A day before I left for the Midwest, where Heat was filming, I’d done a day’s work in Norman Lear and Bud Yorkin’s Divorce American Style. I went from fun and silly to deep and dark as I entered the set.

I had pretty much cocooned myself preparing for the part, had done a lot of remembering and breaking down behind locked bathroom doors. All I wanted was to keep myself in that wounded place through the filming. Rod and Sidney were both my friends, and they went out of their way to greet and hug me, but I needed to keep my concentration internal and in character to play the part. 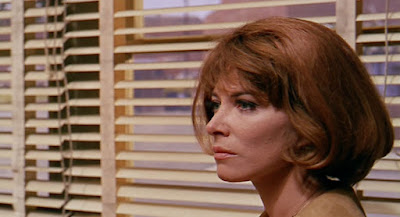 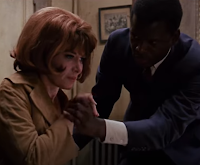 When Sidney’s character finally gave me the news of my husband’s death, I reacted the way I had in life. I thought if I didn’t hear it, I could turn back the clock and it wouldn’t have happened. My throat closes with pain still as I write.

I kept saying “No, no, no” to block out the reality. Sidney’s sensitivity in that scene was true and unscripted, and he was there for me every step of the way. Sidney’s eyes, concerned, sensitive, his body – I can’t see him as an actor, he was that good. He was so talented, I forgot he was actng. Norman Jewison encouraged this fresh exploration to happen and take its course. Haskell Wexler, the director of photography, was doing handheld, and wherever we went as actors he followed with his camera.

I don’t think there is a better film about race in America than In the Heat of the Night. Rod Steiger’s journey as the Southern sheriff reluctantly brought to enlightenment is so remarkable, and Sidney is so damned beautiful and powerful inside and out.