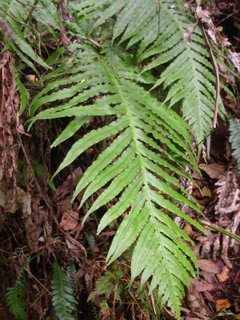 The Wild Reed’s series of reflections on spirituality continues with an excerpt from theologian Joan Timmerman’s book Sexuality and Spiritual Growth.
I had the honor of experiencing Joan (pronounced Joanne) Timmerman as one of my professors at the College of St. Catherine in St. Paul, where I studied in the Masters of Theology program from 1994-1996. In my final year, Joan served as my adviser in the writing of my thesis - one that explored the coming out process of gay men as a spiritual journey.

When people ask me what type of theology I specialize in, I reply, “sacramental.” I have Joan to thank for this, as she was the first to provide me with the words, the theological terminology, I’d long desired to put to certain experiences of my journey as a gay Catholic man. As you’ll see from the following excerpt from Joan Timmerman’s 1992 book, Sexuality and Spiritual Growth, these missing words were the words of sacramental theology.


“All Nature is Graced”
Excerpts from Sexuality and Spiritual Growth by Joan Timmerman
Crossroads, New York, 1992
Basic to all religious insight, certainly not just Catholic sacramental theology, is the recognition of the spiritual dimension in all human experience. In this sense the sacramental principle is the most ecumenical idea around.

. . . Generally speaking, when the term “sacrament” is used, the reference is to the ritual acts of the institutional churches, whether the definition is that of the Council of Trent, as outward sign, instituted by Christ, to give grace, or that more common after Vatican II: the official action of the people of God which mediates an encounter with God in Christ. In either formulation the focus is on the ceremony or the “religious” action. By sacramentality I describe rather the truth which is the condition for the possibility of the effectiveness of the ceremony; that is, the Mystery of God is present and accessible through the Spirit who, as the Immanence of God, permeates all things.

The coinherence of God in matter and history precedes all communication about this presence and human modes of perceiving it. This broader way of understanding sacramentality is also the earlier one. The Western church narrowed the understanding of sacrament to the church and its functions after the twelfth century separation from Eastern traditions in which “sacrament” can apply appropriately to any manifestation of God in human life.

Vatican II in Gaudium et Spes broadened the scholastic concept of sacrament by referring to the church as Sacrament. This was particularly significant in the light of the fact that for this document the preferred content of the term “church” was people of God, a return to the early Christian insight that the Mystical Body was the Ecclesial Body. That does not mean to say that there is an eighth sacrament, in addition to the official seven. It means that in this broader sense the term sacrament should not be used in the plural at all. The many rituals are performances of the one sacrament in specific contexts of human need.

By using the term sacrament in this theological sense, we recover it in its original use in patristic theology, where sacramentum is the Latin word used to translate the Greek mysterion. The early structure of the church is sacramental, the Western church would say; in the language of the Eastern church, it is “mystical,” that is, it carries the Mystery of God’s presence and action into the temporal dimension.

This does not mean that it is something abstruse or impossible to understand; it means rather that a hidden-from-the-senses transcendent divine reality reveals itself in a visible way. It is the people who are “mystical.” The natural action or element is capable of such disclosure of the divine to the extent that it is “open,” that is, to the extent that it is ecstatic, free, not closed in upon itself.

Christian understanding of spiritual formation is incarnational. That means that freedom, ecstasy, openness are performed in the flesh, not by escaping from it. By God’s entry into human being, all being, history and nature, is potentially transformed. All reality becomes mediator of Mystery, thus sacramental, to those who can see. All nature is graced.

. . . The sacramental view of reality is an inclusive view; it includes the Mystery of God as manifested in “natural,” that is, sensuously experienced reality. Moreover, a sacramental view recognizes the presence of God mediated not only through the Body (of the Church), but through the body (of the human being); that is, it is communal without thereby relinquishing its personal, intimate, physical locus.

. . . The scandal of the incarnation . . . is also the “scandal” of sexuality as a path for spiritual growth. For such ideas to take hold, the dualistic mentality has to be let go. Actually, a proper theological understanding of sacramentality relates the polarities, without suppressing the tension between them. It affirms that God’s presence is not invented by mental gymnastics but is really real: Christ’s divinity in humanity is its warrant. Through the Spirit the Incarnation is extended and is in reality present among us.

That presence does not communicate itself automatically because like all personal interaction, it has no objective existence; it has intersubjective existence. Like a kiss it does not exist objectively, waiting in a room to be automatically dispensed when people enter. It is a form of self-gift, of presence, depending for its efficacy not just on the action of the giver but also on the receiver. It is, in Rilke’s words, a “transformation of the visible world outside us into an invisible world within.” So it would be false, because affirming more than the truth can bear, to say that God is “present” in sexual life. If the sacramental understanding is absent or misrepresented, God’s gracious self-giving will not be found to be present.

. . . A sacramental view of sexuality requires the reflective inclusion of the spiritual dimension already there; a sacramental theology requires the inclusion of sexuality. The sacramental potential of sexuality does not mean that it is to be taken out of this world into some kind of specially “religious” cult. Karl Rahner perceived the sacramental event, not as a movement from church to world “saving it,” but a movement of the spirit leading from the world, that is, from the innermost personal center of those who are its thinking subjects, carrying normal human secular life to its fulfillment in God.

Put more practically in regard to sexuality, this means that the dynamism of sexuality itself reveals the holiness of human beings and the world in its very secularity.

A Peanuts cartoon strip (by Charles Schultz) shows Linus at the piano. As he plays, the notes of music flow; Snoopy, lying on the doghouse, perceives not notes but dogbones. That is sacramentality. God’s self-expression is rendered in our dimension in a mode that we can appreciate . . . as the desire of our hearts, whatever form it may take.


See also the related Wild Reed post: In the Footsteps of Spring