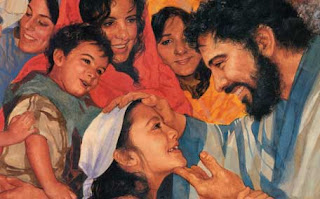 Have you ever seen a picture
of Jesus laughing?
Mmm, do you think he had
a beautiful smile,
a smile that healed?

Kate Bush
“Why Should I Love You?”

James Martin, SJ, has an insightful and, well, humorous piece in the April 2 issue of America: The National Catholic Weekly. Entitled “The Most Infallible Sign,” Martin’s article deftly explores the “distinguished heritage” of joy in the Christian spiritual tradition.

Following are some excerpts, accompanied by various artistic depictions of Jesus smiling and/or laughing – which, when you think about it, are pretty rare.

Excerpts from an article by
James Martin, SJ
America: The National Catholic Weekly
April 2, 2007
Joy has a distinguished heritage in the Christian spiritual tradition. It is easy for most Christians to imagine someone like St. Francis of Assisi smiling. More recently, Pope John Paul II and Blessed Teresa of Calcutta were often captured by photographers smiling and even laughing. As Pierre Teilhard de Chardin, S.J., said, “Joy is the most infallible sign of the presence of God.” Yet lightheartedness is still an unwelcome guest in some church circles. Many Catholics have met church officials for whom being a religious leader seems to mean being deadly serious. Catholic spiritual writing often focuses on finding God through suffering but far less often on finding God through joy. Some Masses belie the term “celebration.” Are joy, humor and laughter considered inappropriate for serious Catholics? If so, why? 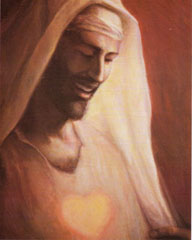 . . . While the Gospels show Jesus as clever, especially in his telling of the parables, few places in the New Testament present him as humorous. Some scholars suggest that this reflects the predominant Jewish culture, which prized seriousness about God, a topic not to be taken lightly. Yet if the Evangelists were intent on painting an appealing portrait of Jesus, why omit his sense of humor?

There is no way of knowing how much of Jesus’ humor was expunged from or left out of the Gospels. But Professor Levine noted that Jesus laughs frequently in some noncanonical Gospels. The church fathers, moreover, intent on combating heresy, would likely not have seen the genre of humor as appropriate. . . 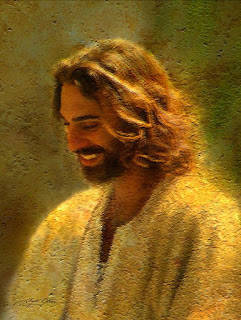 In his book Man at Play, published in 1972, Hugo Rahner, S.J., carefully traced the notion of playfulness throughout Greek, Roman and early Christian thought. Rahner noted that while Aristotle encouraged a healthy balance between humor and seriousness, some early Christian writers favored a far more serious approach to life, as they were concerned with facing the dangers of the world and the evils of Satan. St. Paul warned in the Letter to the Ephesians to avoid “smartness in talk.” St. Clement of Alexandria inveighed against “humorous and unbecoming words.” And St. Ambrose said, “Joking should be avoided even in small talk.” St. Augustine, on the other hand, recommended occasional joking, and St. Thomas Aquinas recommended play, opining that there is a virtue in playfulness, since it leads to relaxation. . .

Just a few years earlier, Elton Trueblood, the Quaker theologian, tackled the topic in his book The Humor of Christ (1964). His analysis of the paucity of humor in the New Testament took a different tack. First, contemporary Christians are overly familiar with the stories and may overlook their inherent humor. He recounted how his four-year-old son heard the Gospel image of the speck of dust in your neighbor’s eye and the log in your own and laughed uproariously.

Trueblood also noted the emphasis the Gospels place on the Passion, with the crucifixion narratives almost overwhelming the Resurrection. Finally, writes Trueblood, there may be a failure of imagination about Jesus of Nazareth. The fact that Jesus wept does not mean he never laughed. He must have laughed, suggests Trueblood, as do most people who tell clever and amusing tales. 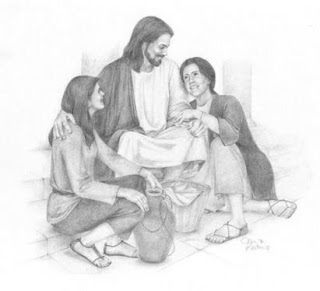 Another tantalizing explanation for the dearth of humor and playfulness in the church is advanced by Barbara Ehrenreich in her new book, Dancing in the Streets: A History of Collective Joy. Ehrenreich posits that leaders, particularly in European cultures, were frightened by enthusiasm and collective joy, which they saw as primitive or hedonistic. When the lower classes assembled to enjoy themselves and strengthen their camaraderie and friendship, they often made fun of the ruling class as a way of asserting their own authority and threatening prevailing social structures.

Ehrenreich suggests that the church fathers may have set aside the parts of Jesus’ message that embraced what she calls a “sweet and spontaneous form of socialism” for something more serious. Spontaneity threatens the status quo. Because of the subversive nature of humor, many in authority deemed it unacceptable.

Some residues of humor may still be traceable in the way the Evangelists wrote and edited the Gospels. But as Professor Levine notes, we may be so familiar with these stories that we miss the humor. She points to the story of Eutychus (Acts 20:7-12), who sits in the window ledge of a room where St. Paul is still talking near midnight. Eutychus dozes, falls out the window, drops to the ground and is presumed dead, until Paul examines him, discovers he is alive and continues talking until dawn. 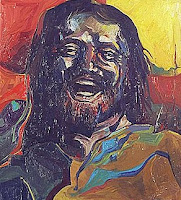 Many Christian saints and blesseds have celebrated humor and laughter, which run like common threads through their lives, disproving the stereotype of the dour saint. In his biography God’s Fool, the French novelist Julien Green speaks of the joy of St. Francis of Assisi that “spilled over into the hearts of thousands of men and women.”

Stories about the humor of saints reach back to the Roman martyrs. In the third century, St. Lawrence, who was burned to death on a gridiron, is said to have called out to his executioners: “Turn me over. I’m done on this side!” Some saints were known specifically for their sense of humor. St. Philip Neri, called “The Humorous Saint,” hung at his door a little sign: The House of Christian Mirth. “Christian joy is a gift from God flowing from a good conscience,” Neri said.

St. Teresa of Ávila specifically warned her sisters against a deadly serious religiosity. “A sad nun is a bad nun,” she said. “I am more afraid of one unhappy sister than a crowd of evil spirits. . . . What would happen if we hid what little sense of humor we had? Let each of us humbly use this to cheer others.” A more contemporary example is Blessed Pope John XXIII, whose most famous sally came when a journalist innocently asked, “Your Holiness, how many people work in the Vatican?” John replied, “About half of them.”

Note: To see the full text, you must subscribe to America either in the print or web-only version.