In the Garden of Spirituality: Kenneth Stokes 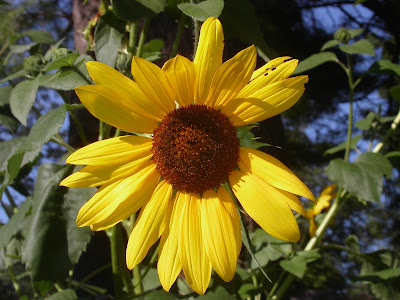 The following is excerpted from Kenneth Stokes’ 1989 book, Faith is a Verb: Dynamics of Adult Faith Development, in which he contends that faith should not be understood as something static, rigid, or inflexible, but rather as an emerging and continually developing process. “Just as our bodies, minds, and personalities change and must develop,” observes Stokes, “so the spiritual dimension of our lives must change also.

“Faith” is an enormously complex word that indicates a whole host of dimensions, running the gamut from traditional theology to contemporary psychology. Scholars have proposed a thousand definitions. Each has merit and each enriches our understanding of faith. But there is no “correct” definition of the term, other than in the mind of God. Ultimately, however, each of us must come to grips with the meaning of “faith” for her or his own life. All of us must find ways to synthesize our religious upbringing as it is tempered by the questioning spirit of later adolescence, a myriad of books, sermons, and discussions, and –probably of most importance – our life experience, so that we can formulate what for each of us is an understanding of faith that can sustain and direct our lives. Every human being has this task . . . and that is “faithing.”

“Faith” is a noun. It is a thing. It is that understanding of life’s ultimate meaning that is central to every person’s sense of identity and purpose for his or her life.

But “faith” is also a verb in the sense that it is never static and is always in process. . . . Faith is movement. To say, as we usually do, “I have faith,” makes that faith totally passive . . . a thing I happen to have. It lacks the full quality of movement, creativity, and sense of development that is the goal of human life. “Faith is a verb” suggests new dimensions with tremendous potential for all of us.

When [faith] ceases to be [dynamic and in process] – when [it] becomes the unquestioned acceptance of creed and dogma – that faith no longer has meaning. My wife Anne wrote a term paper for a religion course in college entitled “What I Believe Today But Won’t Guarantee I’ll Believe Tomorrow.” (She got an “A”: sharp professor.) The title, and the paper itself, illustrate the concept of “faithing” – a process that is never ending. 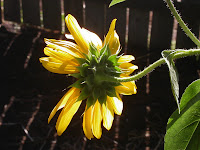