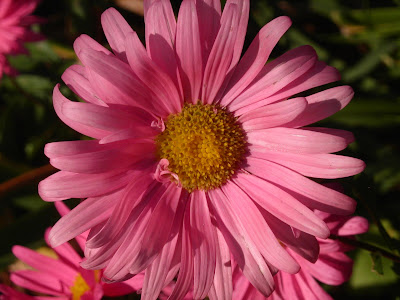 The Wild Reed’s series of reflections on spirituality continues with a second excerpt from Joan Timmerman’s 1992 book, Sexuality and Spiritual Growth.

In this excerpt, Timmerman outlines the stages of spiritual growth, and compares the spiritual life to an “interwoven fabric in which a strand, once began, is never completely left behind, but becomes part of the larger ‘robe’ one weaves.” 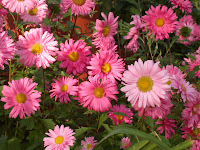 One could characterize the spiritual life as the conversation, sometimes interrupted, sometimes lively, but always ongoing with that Unknown with which the known is connected. It is what we reach for when, in music or art or love or sport or work, we aim for more. Spirituality is the response of the whole person, body, mind, feelings, relationships, to the perceived presence of the holy in the here and now.

. . . Spiritual traditions identify not only types of spirituality but stages of growth into the transformed life that has characterized those who knew themselves to be in some way grasped by the Spirit. There have been many different images – ladder, journey, spiral, mountain – by which the insight has been expressed that the spiritual life is dynamic. To speak of its progress in stages only claims analogy with the recent and well-received characterizations of how psychological and moral development is achieved.

. . . The spiritual life could be imagined as an interwoven fabric in which a strand, once began, is never completely left behind, but becomes part of the larger “robe” one weaves.

In the first stage, the person has learned to live in a world of things, effectively linking means to ends, managing nutrition, technology, personal energy. This is not to be despised, for without it, all hope of further enhancement of life is unlikely. The first step on a stairway is foundational for it sustains all the rest. It is not dispensable. “Be normal” is the first rule of the spiritual life, according to Jesuit scholar and expert on the Christian spirituality of the East. . .

Stage two is characterized by conversion to a world of people. The second rule of the spiritual life is “Reach out to others.” In this stage a real shift of values takes place in which human happiness, relationships, and vitality are assigned priority over the demands of the non-personal sphere. . . . It is possibly the stage in which most people, especially most conventionally religious people, live the whole of their lives. . .

In stage three a process of purification is embraced. Old patterns of thought and action that have become obstacles to the call heard in the heart are let go. Social sins, accepted with ordinary socialization, such as misogynism, racism, workaholism, low self-worth, laziness, and half-heartedness are recognized and overcome. The call to take hold of life – to learn to live with enthusiasm using all the senses, to learn to be responsible as a member of the world community – is heard and followed. In this stage a mentor is most important and often appears as if in response to one’s desire for direction and growth. The issue is discernment. . . . At this point in spiritual growth, the balance is sought, the over-development is curbed, the underdeveloped aspects of one’s physical and psychological self are accommodated. . .

Stage four has traditionally been named enlightenment or illumination for it is characteristically a time of vision and revisioning. It may very well coincide with what has been called the age of grief, the time, most often during midlife, but occasionally earlier in a particularly tragic or traumatic life, when the emptiness of one’s present life is revealed. . . . The vision may restore the depths of fear and mystery and death, banished by distractions and multiple good works, or it may open one to see the connectedness of things and to awaken an explicit desire for a relationship with the divine. . . . The spiritual challenge of stage four is that what is asked of me is to move into the unknown. . .

Stage five culminates in union; that is, the person lives as one transformed, in authentic connectedness with the Whole, with an awareness of the Mystery in all things. Authentic, as used here, does not imply flight into the natural from the supernatural. It implies wholehearted dedication and submission to the specifically human, the specifically finite task of a given person’s life. Death itself is regarded no longer as the enemy, but as a moment in which the process of transformation, both here and beyond, is continued. Mystical or semi-mystical experiences are characteristic of union. These, in some lives, have been extraordinary and dramatic; but there is also mysticism of everyday things. Specific to mysticism is that it carries its own absolute validation; one knows that one has gone beyond, even in the midst of everyday things, what can be described with everyday words. 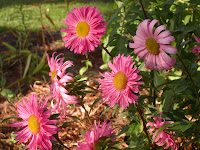 Good overview. I tend to think of stages as a rough approximation in the sense that there's a certain fluidity throughout. I was always impressed with how Buddha, in his eighties, rejected a movement among some of his followers to deify him by insisting that he continued to have difficulty adhering to The Eightfold Path!